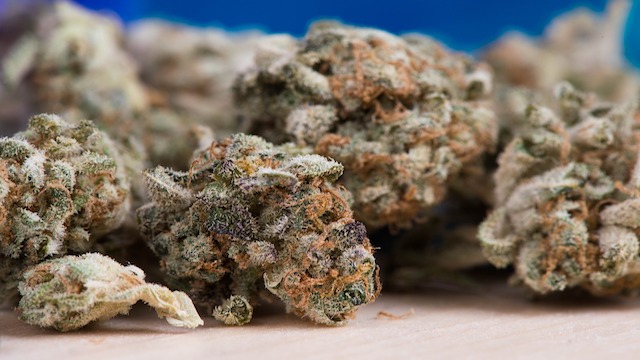 Treatment with tetrahydrocannabinol (THC), the activate ingredient in marijuana, can restore cognition in old mice and induce molecular changes that make them more similar to young animals, scientists reported today (May 8) in Nature Medicine.

Previous studies have reported that as humans age, the brain’s endogenous cannabinoid system begins to decline. “What [the researchers] found here was that when we give THC, it improves these effects—which is, in my view, of major importance,” said Raphael Mechoulam, a professor at the Hebrew University in Jerusalem who was not involved this work. “I think [the study] is well done. I hope it will be repeated in other animals, and ultimately in humans.”

To assess the effects of THC on cognition, researchers at the University of Bonn in Germany and the Hebrew University administered a chronic dose of THC (3 milligrams per kilogram) through an implanted minipump for 28 days to mice...

The team conducted three standard tests for cognition (the Morris water maze test, which assesses spatial memory, an object recognition test, and a partner recognition test) and discovered that THC treatment abolished the performance deficits found in mature and old mice that did not receive the drug.

“The dose was so low that we didn’t detect any psychoactive effects, but it was high enough to restore the activity [to levels] that we normally see in younger mice,” said coauthor Andreas Zimmer, a professor at the University of Bonn. “And the effect of this was very striking, absolutely striking—a mouse that’s 18 months old shows massive signs of cognitive decline, [but] we couldn't tell the difference to young animals.”

In the young mice, however, the treatment had the opposite effect—THC actually impaired their performance.

The behavioral alterations were mirrored by gene expression changes in the hippocampus around four weeks after the treatment cessation. “It seems that the young brain becomes old and the old brain becomes young,” coauthor Andras Bilkei-Gorzo of the Institute of Molecular Psychiatry at the University of Bonn in Germany told The Scientist. “At first sight it was totally illogical, but I realized when we gave the same drug to a young [animal], it overdrives the cannabinoid system—it’s [non-typical] hyperactivity and they have to bear the consequences. [But] in the old, the same treatment normalizes pathological low activity.”

“It’s a consistent story that makes an incremental growth over the data that’s already out there,” Gary Wenk, a professor at Ohio State University who was not involved in the study, told The Scientist. “It’s a very small addition, in my opinion . . . but that doesn’t mean it isn’t a good study, and I believe it’s done well.” In a 2008 paper, Wenk and colleagues reported that WIN-55212-2, an analog of THC, improved memory and reduced the number of activated microglia (a key mediator of neuroinflammation) in old rats.

While a number of previous studies have linked cannabinoids with anti-inflammatory effects, Bilkei-Gorzo said that his team did not find significant changes in inflammation in their experiments. Instead, they found that the effects of THC are primarily mediated by epigenetic changes. When the team blocked histone modification with anacardic acid (a histone acetyltransferase inhibitor), the effects of THC on behavior and gene expression disappeared.

“In brain aging, THC treatment definitely decreases neuroinflammation, but again I do not think this is the major effect, at least in our study,” said Bilkei-Gorzo.

According to Chuanhai Cao, a professor at the University of South Florida who was not involved in the work, one of the major limitations of this study is that the dose of THC the researchers administered was, contrary to the authors’ claims, very high. “In other publications, most people claim that low dose is around 0.2 mg or lower, at least 10-fold lower than the dose they are using.” Cao told The Scientist. A high-dose, long-term treatment with THC can alter levels of endogenous cannabinoids and surprise the immune system, he added.

How the effects of THC will translate to humans remains an open question. “Our main goal is to see whether THC administration to older humans improves cognitive functions,” said Zimmer. “This is something we’re planning to do, and we actually have secured the resources that are necessary to do this.”