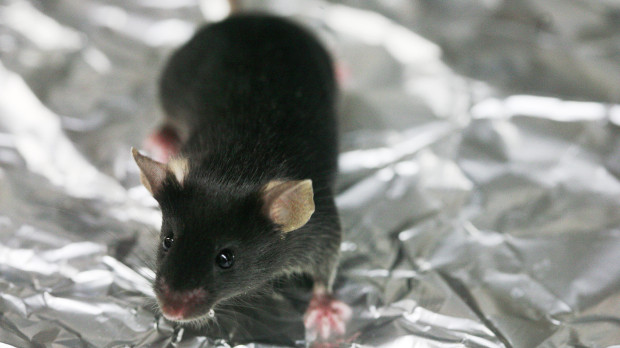 WIKIMEDIA, RAMAEmbryonic deletion of a core circadian clock gene, Bmal1, leads to problems associated with accelerated aging in adult mice, including neurodegeneration, poor hair growth, eye and bone pathologies, and a decreased lifespan. Yet mice in which the gene is knocked out after birth don’t exhibit many of these aging-related phenotypes, according to a study published today (February 4) in Science Translational Medicine. The results suggest that the circadian clock gene plays different roles during embryogenesis and after birth.

“This is a thorough and well-conducted study,” said Ghislain Breton, who studies the circadian system at the University of Texas Health Science Center in Houston, but was not involved in the work. “The lesser phenotype when you disrupt Bmal1 after birth is very intriguing,” he continued. “It means that certain early developmental stages are likely more sensitive to circadian clock disruptions compared to adulthood.”

Circadian clocks regulate the physiology and behavior of many organisms. Disruption of key circadian clock regulators is known to cause disruptions in cardiac, metabolic, and other important physiological functions.

Expressed throughout the body, Bmal1 helps regulate the circadian expression of a set of downstream genes. To investigate the effects of Bmal1 loss before and after birth, Garret FitzGerald of the University of Pennsylvania Perelman School and Medicine and his colleagues conditionally knocked out Bmal1 in postnatal mice. “This is the first time there has been a formal assessment of the postnatal function of any circadian clock gene,” FitzGerald told The Scientist.  “We were interested in Bmal1 because it is the only non-redundant transcription factor in the core molecular clock and points to an important role of the clock in aging.”

Compared with mice in which Bmal1 had been knocked out prenatally, postnatal Bmal1 knockout mice had longer lifespans—around two years (versus nine months). Both groups of mice showed reduced body weight, increased blood glucose levels, and age-related joint inflammation. While the prenatal Bmal1 knockout mice were sterile, the conditional knockout animals showed only slightly reduced fertility compared to wild-type mice. The postnatal knockout mice also showed improved hair growth compared to their wild-type counterparts as well as slower rates of atherosclerosis, a condition that was accelerated in the prenatal knockout mice.

Both pre- and postnatal Bmal1 knockout mice exhibited pathological changes in the eye, including keratinization and progressive inflammation, as well as astrogliosis—an abnormal increase in the number of astrocytes in the brain due to neurodegeneration.

That the postnatal Bmal1 knockout mice showed astrogliosis but had a relatively normal lifespan is not that surprising, according to FitzGerald. “There are mouse models of Alzheimer’s disease with similar lesions and a normal lifespan. So, in a sense, the [postnatal Bmal1 knockout] mice segregate the issue of neurodegeneration—which seems to be clock-related—and lifespan.”

The question in the field has been whether Bmal1 and other master regulator clock genes have other, nonclock functions. “These results suggest that clock genes, apart from their clock functions, also work with other pathways, which leads to a complex phenotype when they are disrupted,” said FitzGerald.

The researchers also examined the global patterns of gene expression in the liver, an organ known to express most identified circadian clock genes. They found that while expression of clock genes waxed and waned in wild-type mice, expression was constant in the postnatal Bmal1 knockout mice.

Because the phenotype of disrupting the gene after birth is not as drastic, the study opens the question of whether, in rodents missing the Bmal1 gene, the lack of diurnal oscillations gradually accumulate to result in the severe phenotype of the embryonic Bmal1 knockout, according to Breton. Another possibility is that a lack of Bmal1 at a precise time in development is crucial. “The authors now have a perfect tool, with the conditional Bmal1 knockout mouse, to address when Bmal1 is necessary,” said Breton.