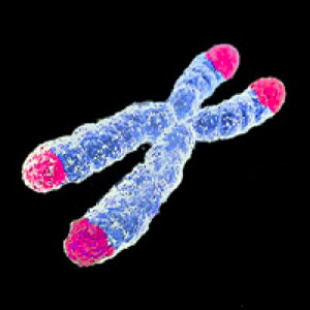 FLICKR, AJ CANNSynthetic biologists often work with circular chromosomes to engineer genetic material because they’re stable and easy to manipulate, but they don’t resemble the natural shape of chromosomes in eukaryotes. Reporting in PNAS this week (November 5), Jef Boeke of NYU Langone Medical Center and postdoc Leslie Mitchell designed a tool, which they dubbed the telomerator, that straightens circular yeast chromosomes and adds telomeres to either end.

“To convert circular DNA to something more akin to a natural chromosome is appealing,” said Timothy Lu, a synthetic biologist at MIT who was not involved in the study. Lu said the telomerator could help advance a number of goals, from designing artificial chromosomes that encode complex pathways to testing the significance of telomere location in the genome. “It’s really a platform technology for downstream applications.”

The telomerator includes an endonuclease target—the site where the DNA loop will be severed—flanked...

The researchers tested the telomerator on a synthetic chromosome designed a few years earlier, cutting it at 54 different genes. For 51 of the permutations, “we got pretty happy yeast at the end of the experiment,” said Boeke. For another three, it appeared that the proximity of essential genes to the new telomere interfered with their expression, a phenomenon known as telomeric silencing. Blocking telomeric silencing rescued the cells’ growth. “I would say we’ve worked out most of the kinks for yeast,” said Boeke. “All you need to decide right now is where you want to put it.”

Yo Suzuki, a synthetic biologist at the J. Craig Venter Institute, said that linearizing DNA is important to avoiding problems in meiotic recombination that can emerge with circular chromosomes. In particular, crossover events between two circular chromosomes can result in a chromosome with two centromeres, which would break during chromosome segregation. “If you have a linear molecule in yeast, you don’t have that problem,” Suzuki said.

Suzuki envisions that the telomerator will open up more opportunities for chromosome engineering, such as splitting chromosomes into customized fragments, fitting them back together, and then delivering the genetic material to recipient cells such as bacteria. Suzuki and colleagues have developed an approach of moving genomes into new cells via cell-to-cell transfer, and being able to do all the chromosome engineering within the yeast cell before transferring the material to a recipient will accelerate progress in the field, he said. “Boeke’s approach of linearizing is the first step,” he told The Scientist.

Alina Chan, a postdoc in Pam Silver’s lab at Harvard University, said it will be informative to explore the characteristics of the telomeres on the linearized chromosomes. “That’s something that would be interesting to look at in an artificial context: how long telomere seeds get extended and whether they get truncated over time,” Chan told The Scientist. Additionally, she said, the telomerator will be useful to study why eukaryotes have linear chromosomes. “What are the evolutionary advantages of the linear format?” she asked.

Boeke said his next goal is to apply the telomerator to mammalian cells. “We’d like to be able to build large molecules in the form of circles because they’re relatively easy to move around, sequence, et cetera,” he said. “But when we deliver them to mammalian cells we’d like to deliver a linear chromosome that looks like a native chromosome. And we think the telomerator allows us to do that.”

Chan pointed out that some of the technology the telomerator calls upon was developed two decades ago. And since then, others have induced chromosome splitting. Boeke’s advance was to achieve it in a circular chromosome. “It’s important to point out that various bits and widgets of this thing we pulled together are not unique to us, but it’s a combination of all these pieces that uniquely defines the telomerator,” Boeke said.

The name, too, was inspired by past successes in bioengineering, he noted. The repressilator is a genetic circuit developed more than a decade ago that cycles the expression of a fluorescent signal. The term telomerator “is a nod to the first synthetic biology device,” Boeke said.