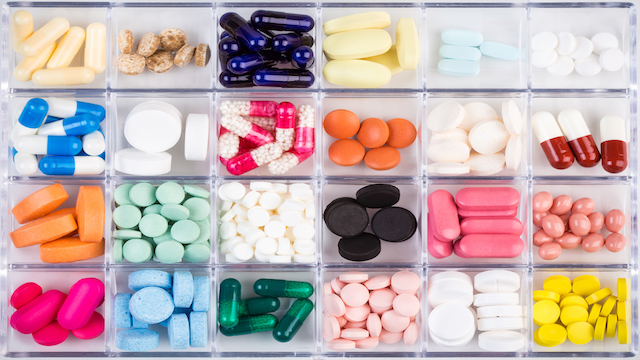 ISTOCK, VIPERFZKIn recent years, a number of investigations revealed that clinical reporting practices failed to meet ethical and legal standards in both academia and industry. But an analysis published today (December 5) in BMJ Open suggests that some reporting practices have improved—at least at a few pharmaceutical companies—based on a comparison of trials linked to drugs approved by the FDA in 2012 and 2014.

“The good news is, for the trials that the companies conducted in patients to gain regulatory approval of their drug, [transparency levels] went up,” says study co-author Jennifer Miller, a bioethicist at New York University and founder of Bioethics International, a non-profit dedicated to ethics and transparency in the pharmaceutical sector.

Ethical standards endorsed by organizations such as the World Medical Association, the World Health Association, and the National Institutes of Health (NIH) include requirements that clinical trials be pre-registered in databases...

In an ongoing effort to keep tabs on the drug industry’s clinical trial reporting practices, Miller and her colleagues developed the Good Pharma Scorecard, a ranking of large companies based on studies associated with newly FDA-approved drugs. Their first study, published in 2015, investigated the reporting transparency of trials linked to 15 drugs approved by the FDA in 2012.

In their latest analysis, the team examined 505 trials associated with 19 new drugs—sponsored by 11 large pharma companies—that gained FDA approval in 2014. To do so, they dug through 45 different sources of data, including ClinicalTrials.gov, PubMed, Google Scholar, corporate and international registries, and personal communications with drug companies. Reporting transparency was measured against both ethical standards, which state that data from all trials should be made available, and the legal requirements of the 2007 FDA Amendments Act (FDAAA), which requires sponsors to report the results of all controlled clinical investigations, excluding phase I trials.

“The industry has been steadily improving its clinical trial transparency since the passing of various laws, particularly FDAAA in 2007,” Miller says. “A lot of them have divisions dedicated solely to data-sharing in clinical trials, or at least a point person whose sole job it is to make sure these things get out into the public.”

The team also calculated a transparency score for each company based on how many trials in patients were reported and the degree to which they were compliant with FDAAA reporting requirements. Johnson & Johnson and Sanofi came up on top, both with a score of 100 percent. Allergan and Valeant had the lowest scores, with 63 percent and 50 percent, respectively.

“I thought it was a well done study,” says Ida Sim, a physician-researcher at the University of California, San Francisco who did not take part in the work. “The 100 [percent transparency] numbers that they're getting for some of the companies was better than I expected—I would say that’s very solid improvement.”

Ulrich Dirnagl, a neurologist at Charité–Berlin University of Medicine who did not take part in the study, notes that because this analysis focused on trials by big companies that led to the approval of drugs, “the numbers we are looking at are the best we can expect on any statistics of this type.”

However, some numbers in this analysis are still concerning, Dirnagl adds. For example, a third of the drugs approved in 2014 had been tested in undisclosed phase II or III clinical trials. “For this type of study, all the numbers should be 100 percent—in fact, every number below 100 percent demonstrates that there's a problem,” he says.

Dirnagl, who is currently working with his colleagues to compile a similar analysis for German medical research institutions, notes that the numbers of studies reported are generally much lower in academia. This is likely due to myriad reasons, he explains, such as higher scrutiny for pharma-sponsored studies—since they are mostly conducted to gain regulatory approval for drugs—and the lack of an effective monitoring system to hold research institutions accountable.

“In academia, I know that we have not put the focus on operationalizing results reporting to the extent that our industry colleagues have,” Sim says.

Despite the progress identified since the last analysis, “there is still a good amount of room for improvement,” Miller says. For example, the team only found a marginal increase in the “all trials” metric—the percentage of available reports went from 65 percent to 68 percent. Six months after their drugs were FDA approved, all companies assessed were missing results for some of their trials.

Still, Kay Dickersin, the director of the Center of Clinical Trials and Evidence Synthesis at Johns Hopkins who did not take part in the work, says that this information should be made publically available. “If people are contributing their lives and their time, whether they're paid or not, that knowledge should be available to everybody,” she says.

In addition to being available, the results of clinical trials should also be easily accessible to the public, Dickersin adds. “Do you have to go to 45 different sources to find out what the truth is? That's too much.”

For their next set of rankings. Miller and her colleagues plan to include patient-level data sharing, a practice many scientific organizations and funders have been advocating for. The team is also looking at measuring the reporting transparency for trials associated with unapproved drugs, which are much harder to assess because, until recently, they were not required to be reported under the FDAAA.

“What gets measured gets done,” Miller says. “And as we continue to celebrate the leaders, I think that it will incentivise the other companies [to do better].”