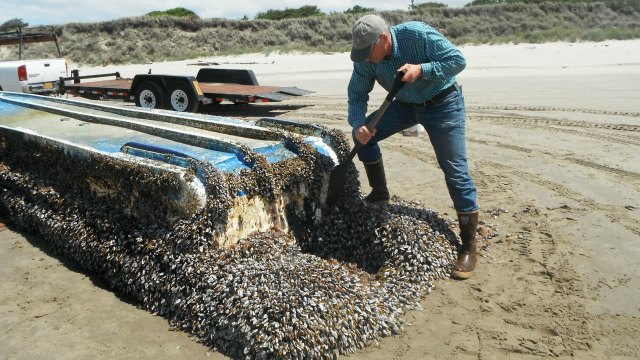 Coauthor John Chapman of Oregon State University inspects a Japanese vessel that washed ashore on Long Beach, Washington.RUSS LEWISPieces of plastic and other ocean debris gave coastal critters a ride to other continents following the enormous earthquake-generated tsunami that hit the coast of Tohoku in Japan in 2011. Researchers studied the marine life attached to plastic fragments, fishing vessels, and large docks carried into the Pacific Ocean after the temblor and found that hundreds of species had rafted thousands of kilometers in the longest hitchhike of coastal species ever recorded.

“We have known for many years that oceanic rafting is happening and has happened throughout the history of our Earth,” Martin Thiel, a marine biologist at Catholic University of the North in Chile, tells The Scientist by email. “What is surprising is the magnitude of this event and that we can document this as it happens.”...

Thiel, who was not involved in the new study, explains that in the past, scientists have relied on genetic markers to identify previous rafting events. In the new work, published today (September 28) in Science, Williams College marine scientist James Carlton and colleagues recorded the diversity of animal communities on 634 pieces of Japanese tsunami marine debris, including vessels, docks, buoys, crates, wood, and other objects that turned up on US shorelines. 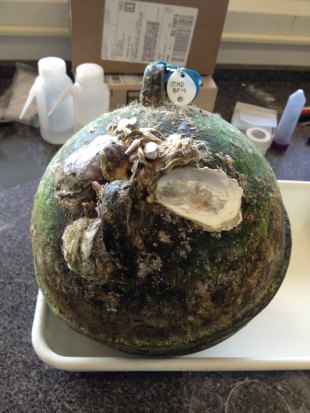 Carlton tells The Scientist the count of smaller critters, those less than a millimeter, is probably an underestimate. “It’s really hard to collect the tiny stuff,” he says. What has been detected so far has mostly been incidental; it was sent along with samples of much larger organisms. “It’s hard to believe some of these creatures rafted all the way from Japan to Hawaii, Washington, Oregon, and other regions of North America,” Carlton says. “Nothing in the previous records told us that these organisms could travel this far.”

This study shows how a sudden pulse of debris from a catastrophic event can provide a mechanism for species to cross oceans, Jon Waters, a marine biologist and geneticist at the University of Otago in Dunedin, New Zealand, tells The Scientist by email. “For species that can settle on or cling to these debris, there’s real potential for a long ride to a new place.”

Waters notes that some of the rafting species found traversing the Pacific Ocean are unsurprising to find, including obligate rafters such as the goose barnacle Lepas and the rafting marine gastropod mollusk Fiona. Others are truly coastal species that, in this case, have come an unusually long way, notably, starfish, sea anemones, chitons, and some sponges, Carlton says. They’ve never rafted before, they have never been picked up in ships’ ballast tanks or transported by other means, and therefore had not been seen in North America before the tsunami.

Rafting on plastic marine debris, in comparison to natural debris, allows for essentially unlimited transport because the plastic will remain intact for years, decades, or even longer, Kara Lavender Law, a physical oceanographer at the Sea Education Association, tells The Scientist by email. As a result, she says, humans have provided a previously nonexistent mechanism for species dispersal—only time will tell what the long-term impacts will be.

Ocean rafting could intensify species invasions, Carlton notes. No introductions of new species to North American coasts have been detected since the tsunami. But there are lag times in the growth of non-native species populations, so they may go unspotted for years or decades, he says, and his team is keeping an eye out for any that take up residence outside their native habitats. 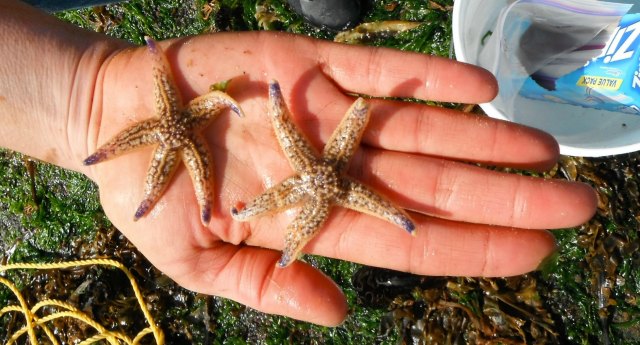