The debate over how to handle conflicts of interest among experts appointed to US government advisory panels heated up today (July 24), as the Food and Drug Administration (FDA) announced it will look more closely at how it manages the issue on its science panels.For instance, the agency plans to revise the guidelines used to determine when an expert with a conflict of interest deserves a waiver, typically issued when the conflict is deemed to be insignificant, or the scientist's expertise too great to lose. In addition, the FDA plans to look at ways to improve explaining to the public why some scientists received waivers. "There's more we can do to simplify how we communicate the criteria we use to give waivers," FDA deputy commissioner for medical scientific affairs Scott Gottlieb told The Scientist.The FDA's plan to review its policy on waivers follows the introduction of a bill in Congress last year that proposed eliminating waivers altogether; if passed, no member of an FDA advisory committee could have a conflict of interest. The Center for Science in the Public Interest (CSPI) also issued a report today that found that nearly one in five scientists appointed to a sample of expert panels convened by the National Academy of Sciences (NAS) had "direct financial ties" to companies with a stake in the outcome of the debate. Nearly half of panels contained an imbalance of interests, with too many scientists with industry ties and not enough scientists with alternative viewpoints, such as ties to environmental or public interest groups, to "offset" the imbalance, according to the report."I think that there is a fairly consistent pattern, in some [NAS] committees - not all - that there is an imbalance," Merrill Goozner, director of Integrity in Science at CSPI, told The Scientist. The NAS consistently puts out "pretty good reports," Goozner noted, but having an excess of pro-industry experts likely has subtle effects on more subtle questions, such as how much dioxin is toxic. "I believe there are scientists out there without conflicts of interest who can serve on these committees and do a comparable job" to experts with ties that could influence their thinking, Goozner said.But it often makes sense to include experts with ties to industry on expert panels, Gottlieb argued. The best people in every field will be approached on all sides, he said. "Those kinds of active thought leaders are sought out - not just by us, but by industry," he noted. "If no one else is looking for their expertise, I don't know why we would."FDA committees are made up of both standing committee members and ad hoc experts chosen because of their expertise in a given area, since it's administratively "almost impossible" to convene an entirely new group of experts every time there's an issue to debate, Gottlieb explained. And the agency can't foresee years ahead what issues will come up that will give a standing committee member a conflict of interest, he said. It's "unrealistic" to try to eliminate conflicts of interest, Gottlieb argued; the best solution is to try to "manage" it, he said.But the FDA does not always manage conflicts of interest, said Curt Furberg at Wake Forest University, who is on the Drug Safety and Risk Management committee through May, 2007. For instance, Furberg attended the three-day hearing on the safety of COX-2 inhibitors; some of the ad hoc members had "close ties to industry," and most of them voted to keep the drug Bextra on the market. (Furberg voted against leaving Bextra on the market; the FDA asked Pfizer to withdraw the drug in April, 2005.)Furberg explained that a committee member's bias typically becomes evident during discussions that take place away from the public. And now, the committees have too many clinicians who want to have more drugs available for their patients, he added. It makes more sense, Furberg reasoned, to include more experts with different expertise -- such as drug safety and public health -- and eliminate conflicts of interest altogether. "You can find people with no conflicts," he said.Even Gottlieb admitted that the public appears to have lost confidence in the way the FDA handles conflicts. For instance, waivers for committee members are not always posted online before the committee meets, and waiver documents are long and hard to read, Gottlieb noted.This afternoon, Gottlieb, Goozner, and Steven Nissen, of the Cleveland Clinic Foundation and former chair of the FDA Cardiovascular and Renal Drugs Advisory Committee, are scheduled to join a panel of experts to discuss managing conflicts of interest on government science panels at the FDA, NAS, and EPA.There's a "loss of public confidence in the FDA," said Nissen. "The impression has been that there's something wrong."Alison McCook amccook@the-scientist.comClarification (posted July 25): When originally posted, the article implied that the FDA kept the COX-2 inhibitor Bextra on the market. FDA asked Pfizer to withdraw Bextra in April, 2005.Links within this articleP. Brickley, "Panel politics unresolved," The Scientist, December 30, 2002. http://www.the-scientist.com/article/display/20970/FDA guidelines http://www.fda.gov/oc/guidance/advisorycommittee.htmlHR 2090, Food and Drug Administration Improvement Act of 2005. http://thomas.loc.gov/cgi-bin/bdquery/z?d109:h.r.02090:Center for Science in the Public Interest http://www.cspinet.org/National Academy of Sciences http://www.nationalacademies.org/Curt Furberg, Press Conference, Release of the Results of the Antihypertensive and Lipid-Lowering Treatment to Prevent Heart Attack Trial: What Makes ALLHAT Special? December 17, 2002. http://www.nhlbi.nih.gov/health/allhat/furberg.htmSteven Nissen http://www.clevelandclinic.org/heartcenter/pub/staff/searchdetail.asp?staffid=1185
Related Articles 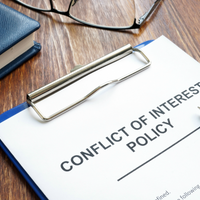 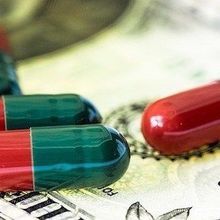