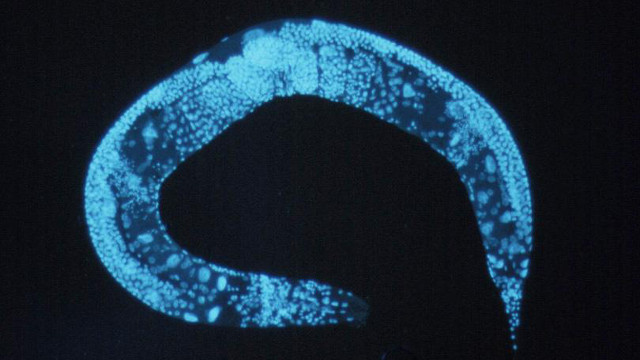 WIKIMEDIAIn the nematode worm Caenorhabditis elegans, aging is associated with dysregulation of RNA splicing, according to a paper published on Monday (December 5) in Nature. And restoring splicing homeostasis in these animals—via dietary restriction or over-expression of a key splicing factor—can extend the roundworms’ lives.

“The take-home message of the paper is that control of splicing is one of the key linchpins that actually may explain the association between dietary restriction and longevity,” said molecular geneticist Lorna Harries of the University of Exeter in the U.K., who was not involved in the research. “What’s been known previously is that [splicing] is associated with age and longevity . . . but this is the first report where we’ve been able to actually infer any sort of causality.”

As an organism ages, its cells gradually lose the capacity to faithfully convert the information in the DNA into functioning proteins, said...

Recent studies have suggested that splicing becomes dysregulated in aging mice and humans. But “no one had asked whether it was causally linked,” said Mair. The question was, could loss of splicing homeostasis actually initiate aging?

To find an answer, Mair’s team turned to C. elegans. These roundworms live for only about three weeks and, in that time, age rapidly: they lose reproductive capacity, undergo immunosenescence, “even their skin wrinkles,” Mair said.

Mair and his colleagues examined roundworms containing an in vivo splicing reporter, which displays either green or red fluorescence in a strict tissue-specific manner, depending on the particular exon spliced into the reporter’s messenger RNA. In young roundworms (a day or two old), the expected pattern of green and red fluorescence was clearly visible in their transparent bodies. By day five, however, the boundaries between red and green tissues had become less firm. This indicated that “they’re beginning to have a loss of fidelity of this splicing process,” said Mair.

Separating the population of glowing roundworms into two groups—those with well-maintained splicing fidelity (the youthful pattern of fluorescence) and those without—the team found that the latter group died younger.

And when the roundworms were put on a calorie-restricted diet—known to extend life span in a range of organisms from yeast to mammals—the animals “maintained a youthful splicing pattern for way longer than if they’d been eating as much as they wanted,” Mair said.

Caloric restriction is thought to cause “a sort of SOS response” in animals, said Keith Blackwell of the Harvard Medical School–affiliated Joslin Diabetes Center who was not involved in the study. If an animal’s caloric intake is reduced, he explained, “it turns on beneficial mechanisms to protect itself and that makes it live longer. . . . But this [paper] is telling you that if you restrict the diet of an animal it makes RNA splicing better. How does that work? It’s really phenomenally interesting.”

Why splicing homeostasis declines with age and why restricting caloric intake prevents this decline are “the million-dollar questions,” said Harries.

To make inroads toward a mechanistic understanding, Mair’s team investigated which splicing factors might be involved in caloric restriction–induced longevity.

The researchers reduced activities of key splicing factors individually in the roundworms until discovering one that appeared to be specifically required for the life span increase. Without this splicing factor (splicing factor 1), said Mair, “if you give to the worms less food they don’t live a day longer.”

The researchers went on to show that by increasing the level of expression of splicing factor 1 in the roundworms, they could maintain splicing homeostasis and, importantly, increase these animals’ life spans without restricting their diets.

Because aging is a risk factor for many different diseases, an ultimate goal of Mair’s research is to try to therapeutically mimic the beneficial effects of dietary restriction without its downsides, he said. Indeed, “The open question is: Can we modulate RNA splicing to promote healthy aging in mammals? As yet,” he added, “we don’t know.”