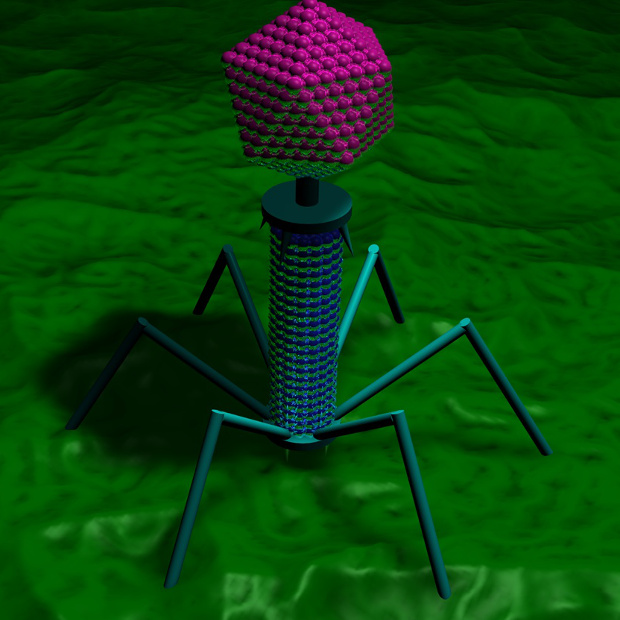 FLICKR, NATURALISMUS Diverse groups of bacterial species encode genes that block the activity of specific CRISPR/Cas systems, according to a team from the University of Toronto and the University of Otago, New Zealand. Scanning prophages (genomes of bacteriophages integrated within bacterial genomes), Toronto’s Alan Davidson and colleagues have identified five new protein-coding anti-CRISPR genes, adding to the list of nine his group had previously identified. The team’s latest work, published today (June 13) in Nature Microbiology, highlights a way to learn how CRISPR systems work as well as a potential add-on tool for CRISPR-based gene editing.

“The authors report a beautiful application of the Red Queen theory, which posits that there is a kind of an arms race between all living organisms, and between the host and parasite in particular,” said Didier Raoult, a microbiologist at Aix-Marseille University in France who was not involved in the work....

“The discovery of anti-CRISPR proteins is not surprising in the sense that phage must develop these as part of the nature of the host-parasite co-evolution,” said Eugene Koonin of the US National Center for Biotechnology Information and the National Library of Medicine.

Davidson’s team in 2013 found that a single prophage within the Pseudomonas aeruginosa genome conferred resistance to a host of other types of phages. So the researchers tweaked the P. aeruginosa CRISPR systems to try to understand how the prophage might affect the bacterium’s susceptibility to phage infection. They found that P. aeruginosa’s type I-F CRISPR system only prevented infection by certain types of phage. Searching within the phage genomes, the researchers found five unique genes, each with anti-CRISPR activity. In a subsequent study, the researchers identified another four genes the showed activity against type I-E CRISPR in P. aeruginosa.

For the present study, Davidson’s team broadened its search to the genomes of species within the diverse Proteobacteria phylum. Because the nine previously identified proteins had no sequence motifs in common, the researchers searched for sequences with homology to a putative transcriptional regulator gene they found adjacent to all known anti-CRISPR loci.

Davidson and colleagues then tested whether each putative anti-CRISPR gene, expressed on a plasmid, could support the ability of phage to replicate within bacteria with either a type I-E and I-F CRISPR system targeting the phage. The group identified four more anti-CRISPR genes targeting the I-F system, plus one that is able to block the activity of both type I-F and I-E CRISPR systems.

“That there are a lot of different anti-CRISPR gene families emphasizes that these genes are advantageous to a phage and that the CRISPR system poses an important barrier to phage replication,” Davidson told The Scientist. All three of the anti-CRISPR proteins the team previously tested in vitro bound and blocked CRISPR function in a distinct way.

Anti-CRISPR proteins may also be useful experimental tools. “It’s not difficult to imagine that these proteins could be used to modulate the activity of CRISPR systems for genomic editing and engineering in the same way that Cas9 mutants are now being used, or as a way to transiently regulate the expression of CRISPR,” said Koonin.

The Toronto-led team is now working on identifying more genes against other CRISPR systems, including the widely used CRISPR/Cas9.

“This is probably just the tip of the proverbial iceberg of the total number of anti-CRISPR proteins,” Koonin told The Scientist.