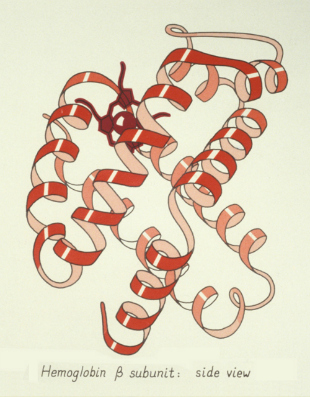 WIKIMEDIA, DCRJSRThe genome-editing method involving CRISPR and Cas9 has been called into duty for a wide variety of jobs, from cutting integrated HIV out of the human genome to turning off genes in primates. In a new development published today (August 5) in Genome Research, researchers have used CRISPR/Cas9 in human cell lines to rewrite a mutant gene that causes a blood disorder called β-thalassemia.

“It is an incremental step forward to use genome editing to correct disease-causing mutations,” said Paul Schmidt from Children’s Hospital Boston and Harvard Medical School who did not participate in the study. Still, he added, there are a number of hurdles that “need to be overcome before it can be used in the clinic.”

β-thalassemia is caused by a mutation in the HBB gene, resulting in a severe hemoglobin deficiency. It’s estimated to affect one in 100,000 people globally, including one in 10,000...

Yuet Kan of the University of California, San Francisco, and his colleagues turned to CRISPR to see if they could use it to rewrite the errant genetic code. The researchers first derived induced pluripotent stem cells (iPSCs) from the skin fibroblasts of a patient with β-thalassemia. They then designed a CRISPR/Cas9 construct to guide a corrected DNA sequence to the specified site in HBB and cut the double-stranded DNA. Homologous recombination by the cell’s own machinery then mended the DNA with the proper nucleotide sequence.

Kan’s team combined CRISPR/Cas9 with a transposon called piggyBac, which allowed the group to insert a marker of homologous recombination. “After we demonstrate certain clones had undergone homologous recombination, we can remove the piggyBac transposon by putting in an enzyme, transposase,” said Kan. In doing so, the researchers could monitor which cells respond to the treatment without having to leave in the marker.

“What’s exciting about it is there’s a combination of CRISPR technology and the piggyBac system to enable seamless gene correction” in iPSCs, said T.J. Cradick, the director of the protein engineering core facility at Georgia Tech. Cradick previously collaborated with Kan, but was not involved in this study.

Following the correction of the mutation in HBB, Kan’s team differentiated the iPSCs into hematopoietic progenitors and erythroblasts to measure their β-globin production levels. β-globin mRNA levels increased 16-fold, but the cells rarely produced adult hemoglobin. “We haven't reached the therapeutic level yet,” said Kan.

“In additional to establishing efficacies, it’s important that the cells maintain pluripotency and lack off-target effects,” Cradick told The Scientist. One of the concerns with using CRISPR is that it has the potential to snip other, unintended sites in the genome. Kan added that iPSCs are not known to transplant well, at least in mouse models, and therefore the delivery system would have to be optimized.

Although there is substantial work to be done to determine whether genome editing can offer a cure for β-thalassemia, Kan said, correcting the faulty gene shows that “here there is a path.”