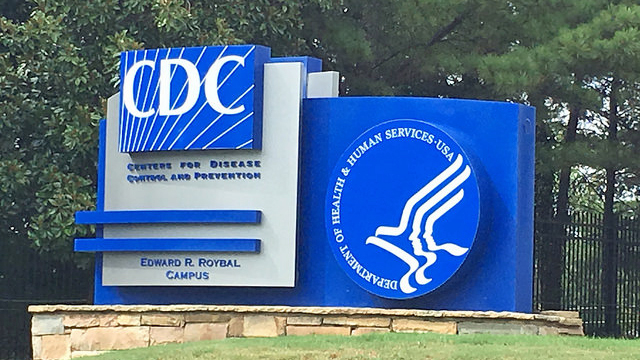 FLICKR, RAED MANSOURThe Centers for Disease Control and Prevention (CDC) is facing dark days. Not only has the agency been marred by the resignation of Director Brenda Fitzgerald last month, but Congress has also been slowly chipping away at funding for the agency’s public health programs.

When the Tax Cuts and Jobs Act was signed into law on December 22, it cut $750 million from the Prevention and Public Health Fund (PPHF), diverting the money to cover costs of CHIP, the Children’s Health Insurance Program. CDC relies on PPHF for 12 percent of its budget, with much of that money going toward state and community programs.

And, the PPHF’s bloodletting isn’t at an end. Today (February 9), Congress passed and President Donald Trump signed a bill that would cut $1.35 billion from the PPHF over the next 10 years, leaving the fund up to $1 billion short of...

With the monetary shift, it is not clear which programs will be affected, but the shortfall will create holes in public health programs, Georges Benjamin, the executive director of the American Public Health Association (APHA), tells The Scientist. The CDC will also suffer a blow in the coming year as funds from a five-year, $582-million supplemental package to combat Ebola run out with no hint of being renewed.

“CDC’s mission is to keep Americans safe,” the agency’s former director, Tom Frieden, now president and CEO of Resolve to Save Lives, an initiative to bolster public health, tells The Scientist. “But without funding, the CDC won’t be able to protect us.” The CDC deferred questions about its finances to the Office of Management and Budget, which did not respond to requests for an interview.

The PPHF is the “core of public health programs” in the U.S., Frieden says. It was established in 2010 and financed by the Affordable Care Act (ACA), with the goal of improving health outcomes and enhancing the quality of health care. Initially, the ACA authorized $500 million for the fund in 2010, which was to grow to $2 billion per year by 2015. The funding was to be mandatory, and therefore protected during yearly appropriations allocations.

Despite such protective measures, the PPHF has become a coffer to cover programs not directly related to public health initiatives supported by its mandate. For example, in February 2012, Congress passed and then-President Barack Obama approved legislation that cut the fund by $6.25 billion over nine years (fiscal years 2013-21) to provide money for a scheduled cut to Medicare physician payments. And in December 2016, the fund was cut again by $3.5 billion over seven years (fiscal years 2018-24) to pay for the 21st Century Cures Act.

After sequestration in 2017 trimmed $69 million from the fund, PPHF was left with $931 million annually to support public health, wellness, and prevention activities. In the same fiscal year, the CDC received more than $891 million from PPHF to support vaccine coverage, respond to outbreaks of foodborne infections and waterborne diseases, develop programs to counter the leading causes of death and disability, such as cancer, heart disease, stroke, and diabetes, and eliminate childhood lead poisoning, among other initiatives.

With government leaders tapping into the fund, “the money was used for things outside the public health bucket, leaving less money for new innovation,” Benjamin says. That is exactly what has happened by taking PPHF money to support CHIP. The shift in funds is a “complicated issue,” Benjamin says, because CHIP provides access to health care for children. But, by using PPHF money to support it, the move undermines CDC’s work, more than 100 organizations, including the APHA, wrote in a January 18 letter to Senators Mitch McConnell (R-KY) and Charles Schumer (D-NY), House Speaker Paul Ryan (R-WI), and House Minority Leader Nancy Pelosi (D-CA).

Benjamin noted that the recent announcement to not renew funding for global health initiatives to monitor Ebola and other outbreaks is intertwined with the PPHF, as well. By choosing not to renew the supplemental package, the CDC will reduce or stop work in 39 of 49 foreign countries focused on preventing infectious-disease epidemics and other health threats. Slashing those programs, along with financial support for PPHF, which provides infrastructure and support for some of those programs, hampers the CDC’s broader capacity to respond to and contain disease outbreaks. And, he notes, the cuts limit research innovation. The National Institutes of Health, he says, plays a valuable role in basic research to combat disease, but translation work is done by the CDC, so programs related to such research could be affected.

Such cuts will have serious consequences, Frieden says. “We’re more likely to have to fight dangerous organisms here in the U.S.” And the CDC will have less money than in the past to fight them.

Clarification (February 9): Frieden's affiliation was clarified to be Resolve to Save Lives, rather than Resolve.