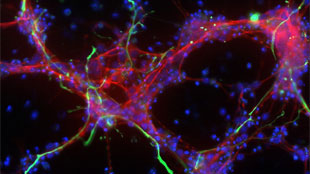 These results, published today (January 9) in Nature, should reassure researchers looking to use these cells—known as induced pluripotent stem cells (iPSCs)—to treat diseases. The future of such experimental therapies was thrown into question after a 2011 study, also published in Nature, found that iPSCs could face rejection by the immune system, even when injected into the same person who donated the cells. This immune response could destroy the transplants, rendering them ineffective as treatments.

Technical differences between the two contradicting studies make it difficult to assess whether iPSCs are truly safe from immune attacks. But Paul Knoepfler, a cell biologist from the University of California, Davis, who was...

Shinya Yamanaka from Kyoto University and the Gladstone Institutes first created iPSCs in 2006, an achievement for which he shared last year’s Nobel Prize in Medicine. His technique, which reverted adult cells into a stem-like state, provided a promising solution for growing bespoke tissues, without straying into the ethical difficulties of fatally harvesting embryonic stem cells (ESCs) from human embryos. And since iPSCs are derived from a patient’s own tissues, it should be possible to transplant them back into the same person without triggering an immune response.

But in 2011, Yang Xu from the University of California, San Diego seemed to refute that assumption. His team made iPSCs from a mouse’s skin cells and transplanted them into genetically identical mice. ESCs transplanted in this way produce teratomas, tumours containing many different types of cell—a demonstration of true pluripotency. But Xu’s iPSCs failed to form teratomas because they were attacked by the mice’s white blood cells and rejected.

The study prompted concerns about the medical use of iPSCs, but Masumi Abe from the National Institute of Radiological Sciences in Chiba, Japan, was not convinced. For a start, his team repeated the same experiment with more lines of iPSCs and ESCs, and showed that both were equally capable of forming teratomas when transplanted into genetically identical mice, with no signs of immune rejection.

Abe also felt that focusing on teratomas was the wrong approach entirely. “Given that teratomas are a class of tumors, it is not surprising that they elicit immune responses,” he said. They are also clinically irrelevant. For use in therapies, iPSCs are first transformed into other types of cells before being transplanted. Abe felt that it was more important to assess the effects of these differentiated cells.

His team did that by fusing either iPSCs or ESCs to mouse embryos, which then developed into chimeric mice containing diverse cell types that had differentiated from the stem cells. They then transplanted skin from these animals onto genetically identical ones. The transplants from both groups did just as well after 2 months, showing that iPSCs trigger negligible immune responses, no more than ESCs do.

Bone marrow transplants showed the same pattern. Whether derived from iPSCs or ESCs, they survived equally well and reconstituted the marrow of mice that had received otherwise lethal doses of radiation.

The results are promising, but Abe’s technique of creating chimeric mice and using them as donors has caused skepticism among other researchers. Xu says the method is “flawed”—the immune systems of chimeric mice would already have rejected or tolerated any problematic cells derived from the iPSCs, long before they could be transplanted into another mouse. This might explain why those transplants were so successful, but is not a viable approach in the clinic. Instead, human iPSCs would be differentiated into more specialized cells in laboratory cultures.

“This distinction is important,” agreed Knoepfler, since such cells “could have a higher intrinsic immunogenicity due to their time cultured in a lab.”

Paul Fairchild, co-director of the Oxford Stem Cell Institute, thinks that this difference might explain the contradicting results from Abe and Xu’s studies. Xu’s team suggested that the de-differentiation of adult cells into iPSCs boosts the expression of two genes—Zg16 and Hormad1—that are targeted by the immune system, but in Abe’s chimeric mice, the team found no such increases.

“By generating mice from the iPSC, [Abe’s group] may have unwittingly circumvented this [immune rejection] issue, since silencing of these genes is far more likely to occur correctly during normal mouse development than during differentiation under contrived conditions in vitro,” Fairchild said. And since human iPSCs would have to be converted into other cells in contrived conditions, he added, “I would suggest that the jury is still out as to whether the products of iPSC differentiation will turn out to be immunogenic or not.”