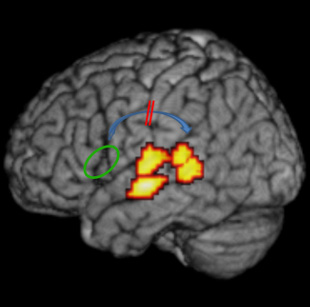 The findings, published today (December 5) in Science, came as quite a surprise to the research team. “The main aim of the study was to finally objectively demonstrate that the quality of phonetic representations is impaired in individuals with dyslexia,” said Katholieke Universiteit Leuven’s Bart Boets, who led the work. But that’s not at all what they found. “Even while scanning throughout the whole brain for local regions where...

“This is the first paper that really went head on in trying to answer this question, surprisingly,” child and adolescent psychiatrist Fumiko Hoeft from the University of California, San Francisco, told The Scientist in an e-mail. “If true . . . this has tremendous implications for thinking about the cause of the disorder and also the treatment.”

The team first used functional magnetic resonance imaging (fMRI) and an approach called multi-voxel activity analysis (MVPA) to generate whole-brain visualizations from 23 adults diagnosed with dyslexia and 22 adult controls listening to different speech sounds. Finding similarly intact phonetic representations in both groups, the team considered alternate hypotheses, assessing the structural and functional connectivity in participants’ brains. The researchers found that dyslexic individuals showed decreased connectivity between the superior temporal regions that were found to support intact phonetic representations in the initial analysis and the left inferior frontal regions that are known to be involved in more complex phonological processing.

“There have been different opinions in the field about whether dyslexia has something to do with a broken down signal early on in the auditory system, or whether it’s elsewhere, higher up in the brain area,” said Guinevere Eden, who directs the Center for the Study of Learning at Georgetown University, and was not involved in the work.

Advances in neuroimaging techniques like fMRI have been a boon for the field when it comes to “understanding the brain and behavioral relationships in dyslexia,” Washington University radiologist Todd Richards told The Scientist in an e-mail. Boet’s team, in particular, “has capitalized on the use of the advanced brain imaging techniques,” Richards noted, though he added that there are higher resolution technologies out there that, when used in combination, could help improve “our understanding of phonological processing and its connections.”

“For complex disorders like dyslexia . . . fMRI results have to be seen as part of a broader consensus, alongside other tools such as EEG, MEG, electrophysiology and model systems research,” agreed Mike Tyszka from the Caltech Brain Imaging Center, who was not involved in the work. “So perhaps the greatest challenge is how to integrate all these disparate data into a consistent and rigorously validated picture of brain function.”

Boets and his colleagues suggest that their work could have therapeutic implications. Specifically, the realization that a dysfunctional connection within the brain may be to blame could lead to new strategies for helping people with dyslexia learn to read more fluently. “I think, for instance, about innovative, noninvasive brain stimulation techniques—like paired-associative transcranial magnetic stimulation—that might be used for this aim,” said Boets.

“This paper, by telling us more about at what level in the brain things break down, can help in directing interventions,” Eden said.