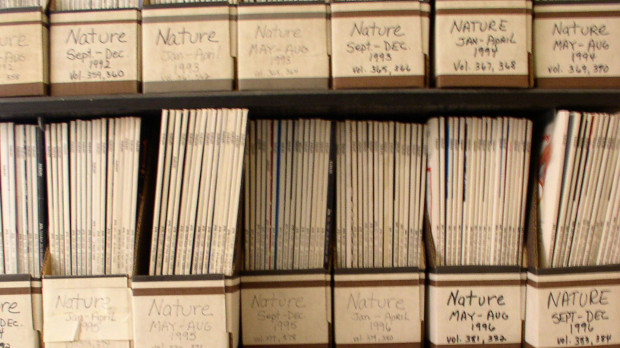 FLICKR, ROBERT CUDMORECitations are often used as one measure of research quality. Established researchers who publish more papers are more likely to see those papers widely cited, information scientists at the University of Montreal and Leiden University in the Netherlands have found. In their study, published today (September 28) in PLOS ONE, the authors reported a different trend among researchers who published their first paper in or after 2009. Members of this less-established cohort were more likely to have top-cited papers if they were less-productive authors (had published 15 or fewer papers), but those less-established authors who had more than 30 papers had fewer papers fall within the top 1 percent of cited papers in their fields.

Analyzing the publication and citation records of more than 28 million researchers, the study’s authors provide a window into whether policies that incentivize researchers to publish as many papers as possible...

“I haven’t seen a study as comprehensive and massive, as far as the data, as this one,” Sverker Sörlin, a professor of environmental history at the KTH Royal Institute of Technology in Stockholm, Sweden, who was not involved in the work, told The Scientist. “The take-home message, for me, is that researchers who publish a lot also tend to publish higher-quality work. My assumption is that over the long term, the younger researchers that continue to do research will also conform to this behavior.”

“The results are not really surprising,” Mathias Binswanger, an economist at the University of Applied Sciences Northwestern Switzerland who has written about academia’s “publish or perish” problem but was not involved in the study, wrote in an email to The Scientist. “By spreading results of research in a variety of papers, you get more attention and, eventually, more citations for some articles.”

Vincent Larivière of the University of Montreal and Rodrigo Costas of Leiden University used a database of 28,078,476 researchers who had published at least one paper between 1980 and 2013 and separated the authors into four categories—medical and life sciences; natural sciences; law, arts, and humanities; and social and behavioral sciences. The team then tallied how many of each author’s papers fell into the 1 percent most-cited in their respective fields each year.

For the researchers who published their first paper between 1980 and 1985, an increase in the total number of papers published was linked to an increased proportion of top 1 percent most-cited papers for each author. This correlation was strongest for medical and life science authors. “We saw no optimum in the number of papers that lead to better-quality ones,” Larivière told The Scientist. “The more a researcher published, the more likely he or she was to publish a top-cited paper.”

But for researchers in the medical and life sciences who published their first paper in 2009 or later, a higher publication output of more than 30 papers was linked to a lower share of the top-cited papers. “For the younger scholars, the incentives to publish as much as possible [appear to have] detrimental effects,” said Larivière.

Citations alone cannot determine research quality, Binswanger pointed out. “It is dangerous to equate the quality of a paper with the number of its citations. Sometimes it takes a long time do discover the quality of a paper of a lesser-known author, while famous authors are constantly cited for strategic reasons to increase the chance of publication,” he said. “I think the term ‘quality’ should be completely avoided when we use measurable indicators.”

Larivière and Costas also found that the longer researchers stayed in academia, the higher the number of top-cited papers they accumulated. “There is this Darwinian effect by which people who don’t perform terribly well in research tend to leave research positions,” said Sörlin.

Larivière views the “publish or perish” culture as potentially harmful to the scientific community, particularly for younger researchers. And it’s one factor fueling the uptick in low-quality journals, he said. He would next like to understand the impacts of gender and authorship position on research productivity.