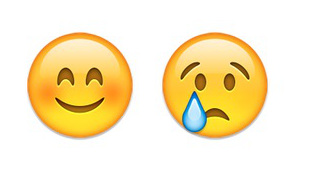 A gene variant linked to weight gain may affect dopamine signaling in the brain, making it difficult for some people to learn from negative consequences, according to a study published last week (September 9) in The Journal of Neuroscience. Study participants with two specific gene variants selected the incorrect response in an image-based task more often than did those without the alleles, and functional magnetic resonance imaging (fMRI) brain scans revealed that participants with the variants had some reduced dopamine signaling-related connections.

Linking weight gain to any one of the 24,000 protein-coding genes in the human body is a challenge. “Obesity is genetic in the sense that the best predictor of obesity is [a person’s] parents’ body weight,” said Alain Dagher, a neurologist at McGill University in Montreal who was not involved with the research. “People think that there [are] 1,000 different alleles on the...

One of these 100 is in FTO, a gene known to act on the brain, which has been implicated in a 1 percent- to 2 percent-increased risk for obesity among people. In mice, the gene affects dopamine signaling, which is associated with reward and motivation.

The team tested 79 healthy volunteers, all with average body-mass index scores, on their abilities to learn which symbol to select from a pair of images while having their brains scanned via fMRI. When the volunteers selected the correct symbol, they were rewarded with an image of a smiley face; the wrong symbol choice resulted in a sad face. When comparing the genetic makeup of the volunteers, the researchers discovered that subjects with both the FTO and ANKK1 risk alleles performed worse on the tests requiring them to avoid the wrong symbol. “[We observed a] deficiency in learning from negative outcomes,” explained Tittgemeyer.

Brain measurements from the fMRI scans revealed that the study participants with both alleles had greater connectivity between two areas of the brain called the ventral substantia nigra and the nucleus accumbens. This region of the brain is part of the dopamine circuit traditionally linked to motivation. However, signaling between the nucleus accumbens and the prefrontal cortex, where higher-order control takes place, was significantly reduced. This suggested that the genetic variants might affect participants’ abilities to regulate dopamine signaling. “I was surprised that the dopamine effect was so strong,” said Tittgemeyer.

The gene variants reduce the level of dopamine receptors in certain areas of the brain, which can alter the overall sensitivity of the reward system and resultant behavior. “You have genes that influence how tightly those systems speak to each other,” said Paul Kenny, a behavioral neurobiologist at Mount Sinai Hospital in New York City who was not involved in the work. “And you don’t listen to the [prefrontal cortex] because its voice isn’t loud enough, because of these gene variants that influence how strongly the cortex can talk to these more rudimentary systems in the brain.”

“If you have a genetically compromised reward-signaling capacity due to lack of dopamine receptors, your system isn’t fully functioning in terms of just learning ‘don’t do that again,’” said Eric Stice, who studies eating pathology at the Oregon Research Institute in Eugene but was not involved with the project. “To me, the most exciting part of the study is that we are beginning to see people try to test for interactions between genes that affect the signaling system in our brain instead of just looking at them in isolation.”

While the researchers did not establish a direct link between the dopamine-signaling effect and obesity, their results could help untangle the mechanism by which genes linked to obesity might function. “What this research supports is the idea of obesity as a disorder of higher-level cognitive function—a disorder of how we control our own behavior,” said Dagher. “The main take-home message is that the genetic causes of obesity are rooted in the brain.”