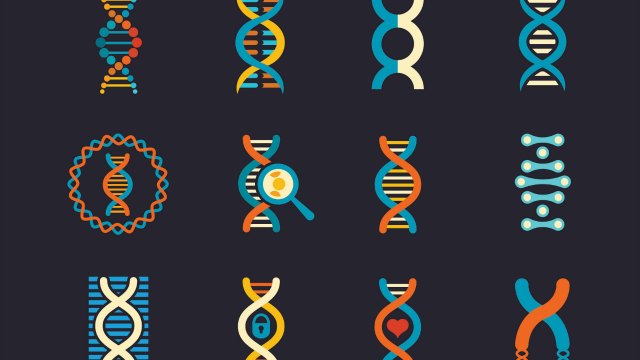 ISTOCK, MICROVONEThe government of New Zealand has a goal: to wipe out the most damaging introduced predators in the nation by the year 2050 through the Predator Free 2050 program. At present, rats, possums, and stoats have pushed native species such as the kakapo to near extinction and cost the country NZ$70 million (USD$50.5 million) in pest control measures and NZ$3 million (USD$2.2 million) in agricultural losses annually.

Acknowledging that the existing pest-control methods are not going to be enough for this ambitious project, scientists involved in the program have placed their hopes in engineered gene drives: a technology that involves meddling with the rules of inheritance and increasing the likelihood a deleterious gene will be passed to the next generation of a species. With the advent of the gene-editing tool CRISPR-Cas9, which allows scientists to alter DNA at precise locations using a single guide RNA and a...

In a study published August 9 in the Proceedings of the Royal Society B, researchers at the University of Adelaide have provided modeling evidence that gene drives could indeed be an effective means to wipe out entire populations of invasive vertebrates on islands.

“The most obvious potential advantage to using gene-drive technology for this purpose is species specificity,” says Luke Alphey, a genetic pest management expert at the Pirbright Institute in the U.K. and a cofounder of Oxitec, which is commercializing other genetic-modification methods to control insects. “Genetic approaches are transmitted through mating, so the direct effect is only on the target species.”

The researchers conclude that a single introduction of just 100 mice carrying one of these gene drives could destroy an island mouse population of 50,000 individuals within four to five years.

“That aspect alone is phenomenally powerful if we are talking about working in an ecologically fragile environment,” notes Alphey, who was not involved in the study. He says the current approach for managing invasive species consists predominantly of “harmful mass poisoning.”

In this recent study, the scientists chose to test gene-drive strategies on a simulated island population of 50,000 mice that they constructed in silico. Invasive rodents are likely responsible for the greatest number of extinctions and ecosystem changes on islands, according to a 2006 study. The house mouse (Mus musculus) in particular has been shown to have a devastating effect on seabird colonies in places such as Gough Island in the South Atlantic and New Zealand’s Antipodes Islands.

“We also focused on islands because in the long term . . . if this technology is deemed a good idea and acceptable by society, islands will be the first place it is carried out as it is easier to control,” explains coauthor Paul Thomas. “There’s a long way to go before we think about using it, but we wanted to conduct this study to see if it could be a possibility.”

Using a mathematical model, the scientists tested four CRISPR-based gene-drive strategies that could be readily developed based on what is within the current literature. The “heterozygotic XX sterility” strategy, also known as the “daughterless strategy,” involves using the gene drive to spread a male sex-determining gene so that all carriers develop as males regardless of their sex chromosomes. As a result, there will be a deficiency of females and the population will eventually crash.

“Heterozygotic XX sex reversal” is a similar technique, but contains additional genetic cargo that enables XX males to transmit the gene drive. “Homozygotic XX sterility” achieves population suppression through the infertility of homozygous females. The final strategy, “homozygotic embryonic non-viability,” causes embryonic fatality through gene mutation. All of these strategies were based on the basic CRISPR-Cas9 system using a single guide RNA.

The heterozygotic XX sterility strategy failed to present itself as a viable method, the researchers found, as carrier XX males are infertile and therefore unable to pass on the gene drive. The paper notes that this method would only prove effective on the basis of a continuous release of gene drives into a population, a process that would be costly and time-consuming.

The remaining three strategies proved capable of causing rapid population decline to the point of elimination. The researchers conclude that a single introduction of just 100 mice carrying one of these gene drives could destroy an island mouse population of 50,000 individuals within four to five years.

If this technology is deemed a good idea and acceptable by society, islands will be the first place it is carried out as it is easier to control.—Paul Thomas,
University of Adelaide

The researchers acknowledge that, for all of these strategies, the potential for the formation of resistant genes poses a problem, as has been observed in laboratory studies of mosquito gene drives. However, by conducting further tests that involved targeting several different DNA sequences with more than one guide RNA, they found that the possibility of this resistance is reduced.

Michael Wade, who studies population genetics and mating at Indiana University, is not convinced that this solution to resistance comes without consequence. He says that by using multiple guide RNAs as the authors suggest, one could increase the risk of targeting the genome at unintended sites, which may lead to other problems.

“Release of this type of construct raises the risk of reducing the target specificity of CRISPR-Cas9 and increasing the possibility of it jumping to a different species, possibly an endemic relative of the invader species targeted for eradication,” he writes in an email to The Scientist.

Concerns have been raised by members of National Academies of Sciences, Engineering, and Medicine in a consensus study report about the potential consequences of using gene drives for species eradication, including the unintentional spread to other populations, unpredictable negative effects on the ecosystem, and ethical implications. Thomas and his colleagues are “very conscious” of these worries, he says.

“I think this method definitely has potential but we do need to do more studies, have the conversation around whether it is safe to use, and see if the benefits outweigh the risks. We are keen to engage with all members of the community,” he says. His team has now begun conducting a mouse-based gene-drive experiment in the laboratory.