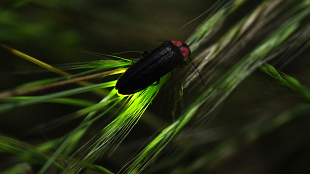 An in vitro study of PTC124, a drug in clinical trials for the treatment of cystic fibrosis and several other genetic disorders, has some scientists wondering whether the molecule works the way its developers say it does.

PTC124 is intended to treat disorders, including some cases of cystic fibrosis and Duchenne muscular dystrophy, that stem from mutations that cause stop codons to erroneously appear in critical gene transcripts, thereby inhibiting translation of vital proteins. The new study, published today (June 25) in PLOS Biology, demonstrates that PTC124 does not promote read-through of such premature stop codons, or “nonsense” mutations, in several reporter assays done using a human cell line.

“The paper is well designed and carefully executed, and the dataset is unambiguous,” said Bryan Roth, a professor of pharmacology at the University of...

“From a basic mechanistic standpoint, it doesn’t look like [PTC124 is causing] translational read-through, certainly in our assays,” said Stuart McElroy, a molecular pharmacologist at the University of Dundee in Scotland and an author of the paper.

But representatives from PTC Therapeutics, the New Jersey biotech company that is developing the drug, said that it has produced strong evidence that PTC124, also called ataluren, does encourage the translation of complete proteins despite the nonsense mutations. “Numerous independent laboratories have provided confirmation of our results, demonstrating ataluren’s read-through activity in studies using reporters as well as multiple animal and cell-based nonsense mutation disease models,” the company said in an emailed response to questions sent by The Scientist.

David Bedwell, a microbiologist at the University of Alabama and a paid consultant to PTC Therapeutics, suggested that McElroy and colleagues may have simply not tested PTC124 under conditions that allowed it to work. “We have also had trouble detecting read-through by ataluren in various cell lines, and we don’t know the reason for those negative results,” he said in an email to The Scientist. He noted that studies in mouse models of cystic fibrosis and Duchenne’s muscular dystrophy did demonstrate PTC124’s read-through effects. Additionally, PTC Therapeutics said that studies in humans “are consistent with ataluren-mediated read-through having clinical activity.”

PTC Therapeutics first identified PTC124 in a screen of around 800,000 small molecules that used a version of the gene for firefly luciferase modified to carry an introduced nonsense mutation, as described in a 2007 Nature paper. Without a read-through agent, the firefly luciferase-containing cells would only produce very tiny amounts of luciferase protein that managed to “leak” through. If a molecule being screened was able to induce read-through, however, the cells would presumably show relatively high levels of the luciferase protein and glow. Due to its effects on luciferase activity and its performance in other reporter assays, PTC124 was selected as a promising read-through drug candidate.

Just 2 years later, a team led by the NIH’s James Inglese, who declined to comment on the current PLOS Biology paper, questioned the reliability of the screen that initially helped to identify the drug. The researchers argued that PTC124 was not promoting read-through, but rather binding and stabilizing the firefly luciferase proteins that managed to “leak” through the translation process despite their nonsense mutations. This allowed luciferase proteins to survive longer in the cell, the NIH researchers argued, leading to overestimates of how successfully the protein was being translated. The scientists demonstrated that PTC124 did not show any effect when combined with a similar reporter assay using luciferase from the sea pansy Renilla reniformis, also engineered with a premature stop codon.

The current PLOS Biology paper takes the NIH research a step further, testing PTC124’s activity in reporter assays using β-galactosidase and human collagen as well as the two kinds of luciferase. The researchers also tested geneticin, a known read-through agent, using the same assays. In each assay, geneticin appeared to promote translation of proteins with premature stop codons, while PTC124 had no effect except in the presence of the firefly luciferase. Additionally, the researchers tested the effects of geneticin and PTC124 on different types of stop codons and on stop codons followed by various downstream nucleotides and found that only geneticin promoted read-through.

Joseph Hacia, a biochemist and molecular biologist at the University of Southern California who published a 2011 paper reporting that PTC124 did not demonstrate read-through activity on skin cells from patients with a type of nonsense mutation-driven peroxisome biogenesis disorder, said that PTC124’s mechanism remains unresolved. “It will be important to reconcile the instances in which PTC124 had little to no measurable activity in vitro with data from mouse models that provide evidence that PTC124 can promote read-through in vivo,” he told The Scientist in an email.

Meanwhile, PTC Therapeutics continues to run clinical trials on patients with versions of Duchenne muscular dystrophy and cystic fibrosis that are caused by nonsense mutations. Preliminary trials showed that the drug appeared to be promoting read-through of mutated proteins and improving patients’ symptoms. However, a Phase 2b clinical trial for treatment of Duchenne muscular dystrophy and a Phase 3 clinical trial for treatment of cystic fibrosis both did not achieve statistically significant results, according to the company’s S-1 form filed with the Securities and Exchange Commission in preparation for the company’s Initial Public Offering last week (June 20). The company now is in the midst of a Phase 3 trial for Duchenne muscular dystrophy and will begin an additional Phase 3 trial for cystic fibrosis later this year. The company is also trying to elucidate PTC124’s molecular target. “Our principal focus is the ribosome and we’re doing structural analyses aimed at identifying a binding site,” the company said in its email to The Scientist.

“I am confident that additional studies will ultimately resolve this controversy and explain the discrepancies observed regarding this controversial compound,” said Bedwell.

“I hope [PTC124] works, but I’m a little skeptical that it doesn’t work in every system,” Hacia said. “I’d be curious to see where this is going.”