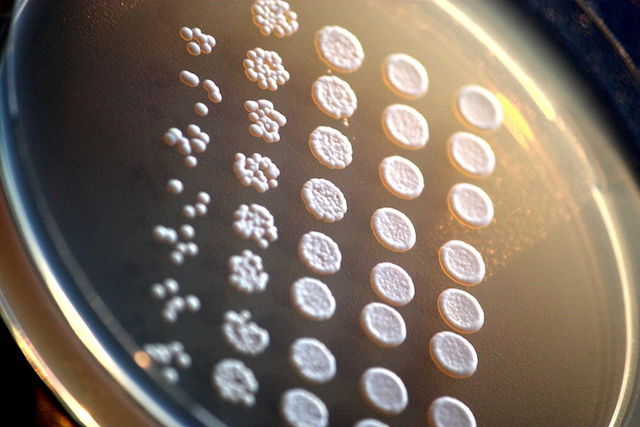 Gene duplications are a major contributor to functional diversity within species. At times, extra copies of a gene can act as a backup mechanism to compensate when one gene fails. Some duplicated pairs, however, are dependent on one another, and the loss of one will lead to the failure of the other, according to a yeast genetics study published last week (February 9) in Science.

“One of the main mechanisms that people identified years ago was that gene duplications promoted the robustness of cells,” said coauthor Christian Landry, an evolutionary geneticist at Laval University in Canada. “People have observed at the genetic level that if you have two copies of the gene and you remove one, then nothing happens.”

Landry and colleagues sought to determine whether knocking out duplicated genes would have the same effect on protein-protein interactions. To do so, they looked at 56...

In 22 of the 56 pairs examined, the researchers found what they expected. When one paralog was removed, the other compensated for the loss of its partner, interacting with the proteins that used to interact with the copy that was lost.

In another 22 of the pairs, the researchers observed dependency: when they removed one the paralogs, the other also lost its interactions with proteins. “By removing one copy, what we observed was something that would be the same as removing the two copies,” Landry said. “That’s why we say it becomes more fragile . . . before you had one gene that you could mutate, now you have two genes that you can mutate to disrupt the same function.”

However, some experts who were not involved in the study do not agree that the authors show proof of gene duplications leading to fragility.

“Dependency, certainly to me, is a new thing and that’s a very interesting discovery,” said Kenneth Wolfe, a professor of genome evolution and bioinformatics at University College Dublin. “But to say that the existence of dependency makes the modern organism with the duplicated gene have a more fragile network than the network the existed in the ancestral organism without a duplicated gene pair: I think that’s a questionable interpretation.”

“I don’t think [dependency] increases the fragility,” Zhang told The Scientist. “It’s equivalent to deleting the common ancestor gene of the two copies.”

According to Zhang, in order to conclude that gene duplication imparts fragility, the researchers would need observe that deletion of one of the two copies of a duplicated gene had a stronger effect on function than deleting the common ancestor gene in a related yeast species in which the gene had not duplicated.

“Comparing to the ancestral gene would be a strong addition to our study,” Landry said. “That’s something we’re testing now.”