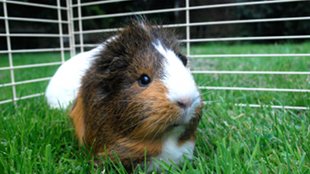 WIKIMEDIA, DANIEL HALLMixing the highly pathogenic bird flu virus H5N1 with a highly transmissible human flu virus results in hybrid viruses that are both pathogenic and transmissible in mammals, according to a report published online today (May 2) in Science. The findings suggest that such hybrid viruses, called reassortants, could emerge naturally in agricultural settings where birds and humans interact.

“I think what we can safely say is that these viruses are really well primed for reassortment,” said Andrew Mehle, a professor of medical microbiology and immunology at the University of Wisconsin in Madison, who was not involved in the work. “[The paper] does raise alarm that [reassortment] is no longer a theorectical. . . . If we did it in a lab, nature can do it probably better,” he said.

Indeed reassortment—the recombining of virus genes—is a natural process that can occur when two related virus...

But even if reassortment did occur between H5N1 and H1N1, would the resulting reassortant be viable, pathogenic, and transmissible in man? That is, could it cause a dangerous pandemic? Hualan Chen, a professor at the Harbin Veterinary Research Institute in China, and colleagues addressed these questions by engineering reassortants from the genes of a particularly pathogenic strain of H5N1 called DK/35/H5N1, isolated from a duck, and a particularly transmissible strain of H1N1 called SC/09/H1N1, isolated from a patient during the 2009 global flu pandemic.

The team made 127 reassortants—each with the hemagluttinin (HA) gene from H5N1, but with a unique combination of the viruses’ remaining seven genes. The HA protein is responsible for binding to receptors in the respiratory system, and largely confers species-specific infection. For example, the H5N1 HA specifically binds the a-2,3-linked sialic acid receptor found in the upper respiratory passages of birds, while the H1N1 HA binds the a-2,6-linked sialic acid present in the upper airways of humans. By ensuring that all the reassortants contained the H5N1 HA, the team could test whether viruses that theoretically should be bird-specific could also infect mammals.

And they could. Eight out of the 21 reassortants with the H5N1 HA tested positive for airborne transmission between guinea pigs. None of the guinea pigs died from their infections, but a more extensive study of pathogenicity—testing all 127 reassortant viruses in mice—identified 35 reassortants that consistently caused fatal disease.

“This paper [shows] that H5N1 subtype viruses have the potential to acquire mammalian transmissibility by reassortment with the human influenza viruses, which implies the substantial risk of an influenza pandemic caused by H5N1,” Chen wrote in an email to The Scientist.

The acquisition of mammalian transmissibility by H5N1 viruses was also reported in two papers last year—one in Nature and one in Science—that showed just a few mutations to the H5N1 HA gene were enough to allow airborne particle transmission in ferrets. A second paper published online in Science today investigates how these mutations confer structural changes that affect HA’s ability to bind the human sialic acid receptor.

But the new paper by Chen and colleagues shows that such HA mutations aren’t even necessary for jumping the species barrier, if certain other genes are reassorted. As a result, “this [paper] is potentially a little more concerning,” said Richard Webby, director of the WHO Collaborating Center for Studies on the Ecology of Influenza in Animals and Birds and a professor of infectious diseases at the St. Jude Children's Research Hospital in Memphis, Tennessee, who was not involved in the work. “[Reassortment] is a process that occurs readily [in nature],” he explained.

One currently unresolved issue, Webby said, is the degree to which airborne transmission between guinea pigs, or indeed ferrets, is representative of transmission in man. But regardless, he added, “[the paper] reinforces the fact that we really have to keep doing surveillance of these viruses and keep trying to understand their biology.”