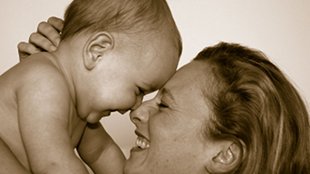 Wikimedia, Robert WhiteheadTaking the nuclear chromosomes of a woman carrying a mutation in her mitochondrial DNA and placing them in a donor human egg could allow her to have children that do not inherit the defective mitochondria, according to a report out today (October 24) in Nature. The technique can generate apparently normal human embryos containing less than 1 percent of the mother’s mitochondrial DNA.

“It is very exciting,” said Marni Falk, a pediatrician specializing in mitochondrial diseases at the Children’s Hospital of Philadelphia, who did not participate in the study. “The idea that you can do [chromosome] transfer to really effectively reduce the mitochondrial DNA load of the affected mother is remarkable.”

While, each human cell generally contains just one set of 46 chromosomes in its nucleus, it may contain thousands, even tens of thousands, of copies of the tiny chromosome present in each mitochondrion—the cell’s energy...

Mitochondrial DNA is passed on to offspring via the mother’s egg. If a woman knows she has mutant mitochondrial DNA—because she suffers from a mitochondrial disease herself, for example—she would want to prevent its transmission to her children. But fixing hundreds of thousands of mutations—the egg can contain up to 500,000 mitochondria—would be an insurmountable task. Shoukhrat Mitalipov, a reproductive and developmental biologist at the Oregon Health and Science University, has therefore come up with a different solution—transferring the mother’s nuclear chromosomes to a new egg whose own nuclear chromosomes have been removed. “This makes an egg that contains all the nuclear DNA from a patient but mitochondrial DNA from an egg donor,” explained Mitalipov.

Three years ago, Mitalipov’s team achieved precisely this feat in macaque monkeys. “And this time we showed that the procedure works well with human oocytes,” he said. The researchers were unable to achieve a 100 percent success rate as they did with the monkeys, however. “From ten [monkey] eggs we could make ten healthy embryos,” Mitalipov said. But only about half of the chromosome-transferred human eggs were capable of normal fertilization.

But those eggs that fertilized normally continued to develop into apparently normal blastocyst-stage embryos. “So this is probably still acceptable,” said Mitalipov, and “is good enough as is to proceed with clinical trials. . . . We estimate that we would still have enough good quality healthy embryos to generate pregnancy with one cycle [of in vitro fertilization].”

Part of Mitalipov’s assuredness comes from the fact that the monkey embryos he and his team created by the same technique 3 years ago have since developed into healthy offspring. “That is very encouraging,” said Jo Poulton, professor of mitochondrial genetics at the John Radcliffe Hospital in Oxford, UK, who was not involved in the study.

Poulton suggested caution, however. “At the moment safer alternatives exist for most affected families.” For example, she said, many patients opt for whole egg donation. “The mother may not be the genetic mother, but she’s still the biological mother because she carries the embryo in her uterus. That’s an acceptable alternative for the vast majority of people.”

And for those women not happy having a genetically unrelated child, Poulton questioned whether they would turn to such a novel technique. “If it was me I would be extremely cautious about volunteering to be first.”

But Falk disagrees. “It would be a positive intervention . . . and I think there will be a large uptake,” she said. ”Parents really want to have their own genetic kids.”