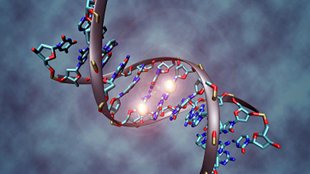 “They did a very thorough transcriptomic and epigenomic analysis of these cells and . . . they uncover not just immunologic pathways, which would be expected, but also, interestingly, some metabolic pathways that may be important to the different immunologic phenotypes of these cells,” said Ofer Levy of Boston Children’s Hospital and Harvard Medical School who was not involved in the studies.

Monocytes are part of the innate immune system....

In humans, the immune system has two arms: innate and adaptive. The traditional view is that innate immunity is broad-acting and non-specific, while adaptive immunity establishes memories for very specific pathogens, explained Christine Stabell Benn, a professor of global health at the Statens Serum Institute in Copenhagen who also did not participate in the studies. “So, if you give a vaccine against measles you induce protective immunity against measles and nothing else.” But, she added, “what we have seen in our epidemiological studies is that vaccines [also] have non-specific effects.” The Bacille Calmette-Guérin (BCG) vaccine, for example, confers protection against a variety of infections with other microorganisms—and trained macrophages appear to be responsible. The new papers, said Stabell Benn, “are now providing the molecular mechanisms behind these epidemiological observations.”

Mihai Netea, a professor of medicine at Radboud University in the Netherlands and an author on two of the papers, has characterized trained macrophages in the dish, in animals and in healthy people, comparing the trained phenotype to tolerant macrophages, naive macrophages (neither trained not tolerant), and monocytes. But to get the bigger picture of what defines these different yet related cells, “I went to the group of Hank [Hendrik] Stunnenberg and asked for his help with the epigenetics,” Netea said. Stunnenberg is a professor of molecular biology at Radboud University, an author on all three papers and the coordinator of the BLUEPRINT consortium.

Together the analyses pointed to specific genes and pathways that defined the four cell types, as well as the genes’ surrounding regulatory regions. Of particular interest was the discovery that genes associated with signaling via cyclic adenosine monophasphate (cAMP)—a molecule regulating cell metabolism, among other processes—and glycolysis—a pathway that produces energy from glucose—were specifically activated in the trained macrophages.

The team went on to show that these two pathways were necessary for developing the trained phenotype. Cultured monocytes in which cAMP signaling or the glycolysis pathway were inhibited exhibited impaired production of training-induced cytokines. Inhibition of cAMP or glycolysis in mice increased susceptibility to secondary infections following trained innate immunity.

Both training and tolerance induction in macrophages have a number of clinical implications, explained Netea. For example, too much tolerance can cause immunoparalysis—a life-threatening complication of sepsis, he said. Such patients could be helped, added Stunnenberg, “if we could turn around a paralyzed cell and activate it.” But training “can probably also in some situations be detrimental to the host,” said Stabell Benn, by potentially causing excessive inflammation, for example. Having the epigenomic information about these cells, she added, is therefore important “in the first place, to understand what is going on, and in the second place, because it offers the potential of both down-regulating over-energetic cells but also revitalizing those that have been paralyzed.”