Mutations in mitochondrial DNA (mtDNA) can be specifically targeted and removed by transcription activator-like effector nucleases (TALENs) in murine oocytes, single-celled mouse embryos, and fused human-mouse hybrid cells, providing proof of principle for a method that could one day be used to treat certain hereditary mitochondrial disorders in people, according to a study published today (April 23) in Cell.

“It’s an extremely important step,” said Valerio Carelli of the University of Bologna, Italy. “The results are very relevant and very convincing.”

Between 1,000 and 100,000 mitochondria power each human cell. Often, mitochondria in the same cell have different genomes, or haplotypes, a condition known as heteroplasmy. Certain haplotypes include mutations that impact mitochondrial function and cause disease, particularly in energy-hungry organs such as the brain and heart. Because mitochondria segregate randomly as cells divide, it is impossible to determine early in embryonic development how...

To rid mitochondria of these harmful mutations, researchers have used restriction enzymes as well as zinc-finger nucleases (ZFNs) and TALENs, which can be designed to recognize any DNA sequence, to cut and eliminate mutated mitochondrial genomes from heteroplasmic cells.

“Because the cell likes keeping the number of mtDNA molecules constant, after elimination of the faulty ones, the wild-type copy will repopulate the cell,” explained Michal Minczuk of the Medical Research Council (MRC) Mitochondrial Biology Unit in Cambridge, U.K., who helped develop ZFN mtDNA-editing.

Now, an international team led by researchers at the Salk Institute for Biological Studies in La Jolla, California, has used mitochondria-targeting restriction enzymes and TALENs in the mammalian germline and early-stage mouse embryos for the first time. Injecting mRNAs encoding each enzyme into mouse cells with two different wild-type mtDNA haplotypes selectively removed the targeted genome variant, and the edited embryos grew into normal mice. The team did not observe any off-target effects.

To determine whether the enzymes could be used to edit human mtDNA, the researchers fused mouse oocytes with fibroblast cells from patients with one of two mitochondrial disorders—Leber’s hereditary optic neuropathy or neurogenic muscle weakness, ataxia, and retinitis pigmentosa. Unlike in the mouse experiment, mutant mtDNA was still detectable, albeit at lower levels, after TALEN mRNA injection. Mutated mtDNA usually only causes disease if more than 60 percent to 75 percent of a cell’s mitochondria harbor the error, so “the reduction that we observed was more than enough for the phenotype to disappear,” study coauthor Juan Carlos Izpisua Belmonte of the Salk Institute said.

The scientists hope to offer the technique as an alternative to mitochondrial replacement therapy—a procedure also known as “three-parent IVF” that was recently green-lighted by the U.K. parliament. Injecting an mRNA is similar to routine injections of sperm in fertility clinics and therefore more practical than the complicated process of adding the nucleus from the egg of a mother with mitochondrial disease to an enucleated egg from a woman with normal mitochondria, Belmonte said.

While mitochondrial replacement advocate Doug Turnbull of Newcastle University, U.K., praised this latest advance in an e-mail as “elegant and exciting,” he cautioned that the technique “may be of limited value for those women whose oocytes have either large amounts of mutated mitochondrial DNA or all mutated mitochondrial DNA.” Carelli agreed, but said he believes enzyme treatment would be much better for heteroplasmic diseases because it does not require a third donor and therefore, unlike mitochondrial donation, does not combine different sources of mitochondria.

Belmonte’s group is already testing its editing technique on discarded embryos of patients with mutated mtDNA. It must be shown that mitochondria are not severely depleted during the procedure, Carelli said. Minczuk wondered whether the method would work as well on diseased haplotypes as it did on the two healthy mouse variants. There are ethical questions, too, as many scientists have called for a moratorium on genome editing in the human germline.

Belmonte envisions that the technique could also play a role in gene therapy for other disorders. “If we can edit the mitochondrial DNA to make a better mitochondrion, I am convinced this will have an impact on so many other processes,” he said. 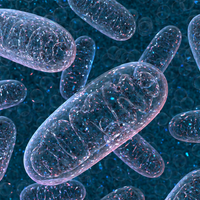 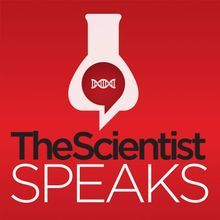 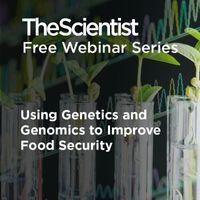 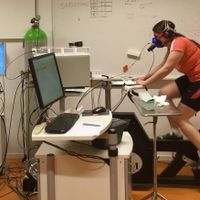