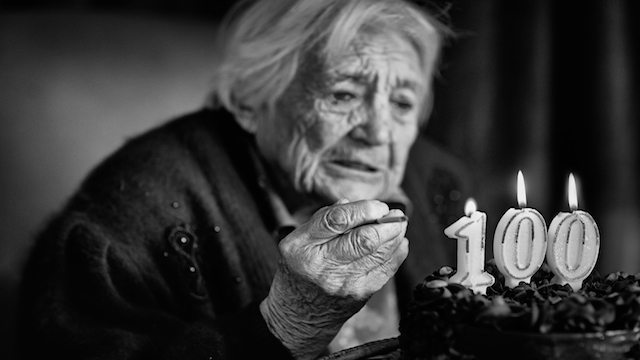 ISTOCK, PRAETORIANPHOTOLast October, a paper published in Nature made a big splash with its claim that human longevity was limited to 115 years. Although the study made headlines in most of the major news outlets, it sparked a heated debate among scientists—not everyone was sold on the authors’ conclusions. Five groups of researchers have now published a series of formal rebuttals that were published today (June 28) in Nature Communications Arising.

In the 2016 study, Jan Vijg, a molecular geneticist at the Albert Einstein College of Medicine, and colleagues analyzed global demographic data over the last century and demonstrated that since the mid-1990s, peak age plateaued at around 115 years. Based on these results, the authors concluded that humans had natural age limit at 115, and that the probability of surviving to over the age of 125 was less than 1 in 10,000.

According to Nick Brown, a PhD student at the University of Groningen, and a coauthor of another rebuttal, a key problem with the study is that the researchers split the dataset at 1995 after eyeballing the data and seeing a possible plateau in maximum age in that year, then tested the same data to see whether this was the case. “Apparently, they thought they had found a pattern, then they develop a theory to explain the pattern,” he says. “Then, presto, the data matches the theory—well of course, because the theory was generated from [that] data. That’s a pretty fundamental bug in the way of doing science.”

Siegfried Hekimi, a biologist at McGill University, says that when he re-analyzed the data with his colleague, they discovered that it was actually consistent with multiple different lifespan trajectories, including a later plateau and no plateau at all. “The data are consistent with many other [trends], mostly meaning that there is no discernible limit to lifespan at this time,” Hekimi says.

Another issue with the study, Brown tells The Scientist, is that in their analysis of lifespan, the researchers only included the oldest to die in any year, which generated a small sample with an “awful lot of randomness.”

“The available data are limited, there aren’t that many supercentenarians,” Rozing says. “And I think there are no strong arguments that show there is a decline. [Instead] I think all evidence points towards an increase—we can just wait and see who’s right.”

The other two rebuttals also raised similar points. However, the original study’s authors stand by their results. “I think at the end of the day you have to let the data speak, and I think they are pretty convincing,” Vijg says. “I guess the main message is that a lot of people have difficulty accepting that everything now points toward an end in the increase of maximum lifespan.”

Vijg also responded to the some of the critics’ main arguments. For example, on the point that basing a hypothesis on a dataset and later using it to test that hypothesis, Vijg points out that his group, in fact, analyzed two independent databases. “One top of that, it’s well known in statistics that you are allowed to look at the data,” he adds. “For quite a while, statisticians didn’t want you to do that because they thought it was not objective. But that changed decades ago when people realized that you should look at the data, make inferences, and apply the right statistical test.”

Some outside experts agree that the criticisms do not invalidate the claim that human lifespan has a limit. “The very phenomenon that they see, which is a very small number of old people, is a result of a limit to the duration of life,” says Jay Olshansky, a professor of public health at the University of Illinois at Chicago who was not involved in the original study. While the critics quibble about how to analyze these small sample sizes, they don’t realize that this “is a by-product of the thing that they think doesn’t exist,” he adds.

Olshansky says that the key point the study makes is that, ultimately, humans have an expiry date—even if future anti-aging interventions do manage to push that limit. “It doesn’t matter if [the age limit] is 115, 118, or 120,” he tells The Scientist. “The most important message to get across, in my view, is that we should not be trying to make ourselves live longer, we should only be trying to extend the period of healthy life.”