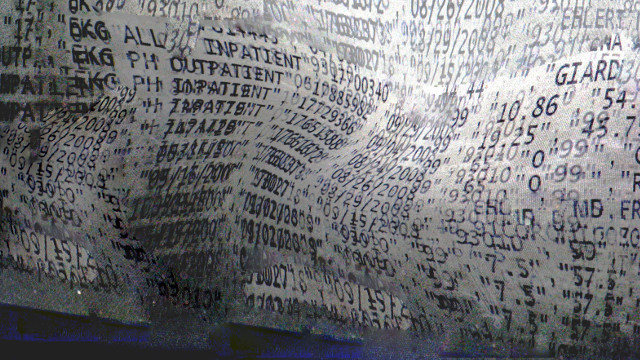 FLICKR, LEW HOLZMANIn a unique twist on human genomics studies that seek to identify genetic variants linked to human disease, researchers have combined whole-exome sequencing of 50,726 adults with the individuals’ long-term electronic health record (EHR) data. The effort, by researchers at the Geisinger Health System in Pennsylvania and Regeneron Genetics Center, a subsidiary of New York-based Regeneron Pharmaceuticals, has yielded novel disease-linked variants, including loss-of-function alleles. The team behind the project, called DiscovEHR, has also found that about one in 30 of the individuals harbors a deleterious genetic variant for which a screen or treatment already exists. The group’s analysis is described in two papers published today (December 22) in Science.

“This is new territory and I applaud [the authors] for their efforts. No one has taken this many individuals’ genomic sequences from one health system and tried to extract useful information,” Eric Topol, the...

“This is the first study that has taken exome sequencing data on individuals and linked that to their EHR phenotype data at a large scale,” said Daniel Rader, chair of the department of genetics at the University of Pennsylvania Perelman School of Medicine, who was also not involved in the work and who penned an accompanying editorial.

Geisinger’s David Carey and colleagues collected blood and DNA samples from the individuals, all patients within the Geisinger Health System who had agreed to be contacted about genetic information that could inform their health care. Participants ranged in age from 29 to 65 (the median age was 48).

In addition to having their information uncover previously unknown biology, “what’s unique in this study is the opportunity for the patients to receive their personal genetic information back that can impact their clinical care,” Regeneron’s Frederick Dewey told The Scientist.

The team focused on a subset of 76 so-called clinically actionable genes—which included 56 genes linked to 25 human conditions previously identified by the American College of Medical Genetics and Genomics—and another 20 genes associated with the same 25 conditions, plus two other disorders. These included genes linked to hereditary cancers, plus LDLR, APOB, and PCSK9, which are linked to familial hypercholesterolemia.

Of all of the participants, 3.5 percent harbored at least one disease-linked variant in one of these genes. “This frequency of theoretically clinically actionable mutations is somewhat surprising and higher than one might have guessed in an unselected cohort of patients,” said Rader.

Using the same dataset, the researchers homed in on familial hypercholesterolemia, a genetic condition that results in high low-density lipoprotein (LDL) cholesterol and an increased risk of earlier-onset cardiovascular disease. Consistent with the relatively high frequency of deleterious, pathogenic mutations observed across a spectrum of different genes, the researchers found that the prevalence of deleterious mutations that cause familial hypercholesterolemia was one in 256 individuals, higher than the some previous world-wide prevalence estimates of one in 500 individuals.

“One take-home message is that rare mutations that cause Mendelian conditions that are actionable may be more common [in the human population] than previously appreciated,” said Rader.

Individuals with at least one of these familial hypercholesterolemia variants had significantly higher levels of LDL and had an increased risk of cardiovascular disease compared with those who did not harbor any of the alleles, suggesting that these alleles are clinically relevant.

The identification of individuals carrying actionable mutations in familial hypercholesterolemia genes provides an example of a genome sequencing application for clinical practice, noted Muin Khoury, director of Public Health Genomics at the US Centers for Disease Control and Prevention (CDC) who was not involved in the study. “The opportunity to prevent premature heart disease associated with familial hypercholesterolemia can be explored with studies like DiscovEHR, which are beginning to explore the types of previously hidden clinical applications that would not be otherwise picked up during routine clinical care,” Khoury said.

Other researchers are also working with similarly large cohorts, noted Topol. “Data sharing between these groups will be an important step to make these population genomics analyses worthwhile and to identify and better understand rare genetic variants in the human population,” he said.

According to study coauthor Michael Murray, director of clinical genomics at the Genomic Medicine Institute, which is part of the Geisinger Health System, an additional 75,000 patients have consented to join the study, increasing the total number of patients to 125,000. The team is planning additional analyses beyond the familial hypercholesterolemia and lipid metabolism–related genes.

“You can see the day when whole exome or even whole genome sequencing are routine,” Topol told The Scientist. “But what we need are more studies like this, on a large population, to make the findings of these sequencing efforts more informative.”

Rader agreed. “The task of returning the actionable genetic information to patients and their physicians should not be underestimated. There is potential for therapeutic intervention for many of the genetic findings],” he said. “The implications for clinical medicine are potentially quite huge.”

One area of importance, Rader noted, is to extend this approach to include broader ethnic and racial representation, to better understand the full spectrum of rare genetic variants among a more-diverse population.

“These two papers represent the tip of the iceberg of where we are going with human genomics and the potential for whole exome or genome sequencing to save lives,” said Khoury. Still, he noted that more work is needed to establish the clinical utility and cost-effectiveness of such genomic analyses at a population scale.