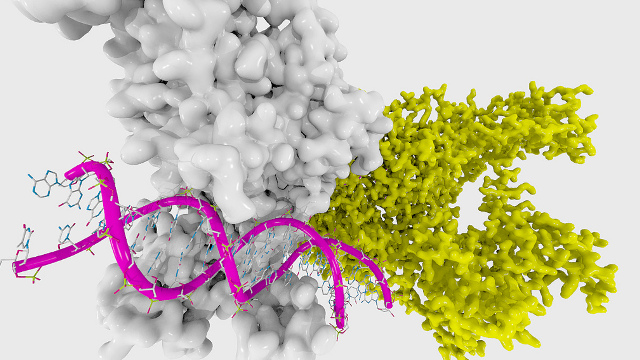 DNA methyltransferase catalyzes transfer of methyl group to DNAFLICKR, ENZYMLOGICWhen conducting clinical trials, researchers collect demographic data on study participants, such as gender, age, height, race and ethnicity. But while most of these traits are phenotypes that can be easily assessed or measured, race and ethnicity are social constructs that can be difficult to characterize. Researchers have questioned the usefulness of using race and ethnicity—rather than genetic ancestry—for medical applications.

To better understand how much of race/ethnicity are rooted in genetics, researchers from the University of California, San Francisco (UCSF), and their colleagues analyzed differences in methylation patterns within the genomes of Latino children. “Methylation, which is the predominant epigenomic marker within our genomes, is like a fingerprint on our DNA that can be modified by both genetic ancestry and by the environment,” Esteban Burchard, a physician-scientist at UCSF, told The Scientist.

In a study published...

“There are a number of studies now trying to separate out the effects of genomic ancestry and what we call social race and ethnicity,” Dalton Conley, a sociologist and geneticist at Princeton University in New Jersey, who was not involved in the present study, told The Scientist. “This is among the first such epigenomic studies.”

“It’s an elegant work that addresses what I think is an important biomedical research question [on] the complex interplay between genetics and environmental exposures on individuals,” said Eimear Kenny, who studies human genetic variation at the Icahn School of Medicine at Mount Sinai in New York City, and was also not involved in the work.

Most researchers agree that individual epigenomes are partly inherited from our parents but can also change as a product of our environment. Starting with this premise, “we asked a simple question,” said Burchard. “What proportion of the variation in the epigenome, meaning the methylation pattern, can be explained by genetic ancestry or self-identified race/ethnicity?”

Burchard and colleagues analyzed 450,000 CpG sites—where DNA methylation is possible—using whole-blood samples from 573 participants of the Genes-Environment and Admixture in Latino Americans (GALA II) study, along with the participants’ array-based genetic ancestry data. About half of the children in the study identified as Puerto Rican (220) while the other half identified as having Mexican ancestry (276).

“We tested whether ethnicity was just a crude proxy for genetic ancestry, or if it also captured something else such as environmental or social factors,” explained coauthor Joshua Galanter, who is now at Genentech. Burchase, Galanter, and colleagues identified 916 CpG sites that were significantly associated with the participants’ self-identified ethnicities. After adjusting for genetic ancestry, a total of 314 CpG sites remained associated with self-identified ethnicity, but not with ancestry, suggesting that the methylation patterns at these 314 sites was possibly due to environmental factors. After adjusting for genomic ancestry, ethnicity could explain between 1.7 percent and 13.4 percent of the variance in methylation the team observed across all samples.

“Based on prior epidemiological studies that analyze the role genetics, I wasn’t surprised by the split between the genetic and other contributions to the epigenome,” said Kenny.

It is challenging to draw conclusions from methylation analyses like this one because “a lot of the variation can be explained by background genetic variation of individuals,” noted Conley.  In other words, “just because the methylation pattern is not associated with a distinct ancestry-related genetic marker, does not necessarily mean it is due to environmental causes,” he said.

Further, the field is only beginning to fully understanding which loci are linked to genetic ancestry. “We are still in the early days of understanding genotype-phenotype relationships of genomic ancestry,” said Conley.

Kenny also urged caution in interpreting the study’s results. “In epigenetic research, there is a question of reverse causation,” she said. “In this study, there is a correlation between [methylation patterns] that is independent of genetic ancestry, and that deserves further study.”

Christopher Bell, an epigeneticist at the University of Southampton, U.K., agreed. “Whilst environmental effects associated with cultural factors influencing cell-type proportions will exist, I would be a little cautious about the conclusions regarding the proportions attributable to ethnicity in this work,” he told The Scientist. “[The authors] cannot state that they have fully accounted for all genetic effects, such as those due to haplotypic factors, due to the limitations of the array analysis.”

“Effects that can be detected in small datasets, by epidemiological standards, such as this one may be confounded by genetic effects not captured by the ancestry estimate used in this paper,” Bell added.

For Burchard, the work begins to address the broader question of whether it is possible to define race/ethnicity in biological terms and how that might influence patient care.

“Based on our study, the concept of race and ethnicity includes a lot of things including genetics, but also social, cultural and environmental factors,” he said. “I think our paper moves the ball down the field to understand race and ethnicity and their potential clinical implications.”