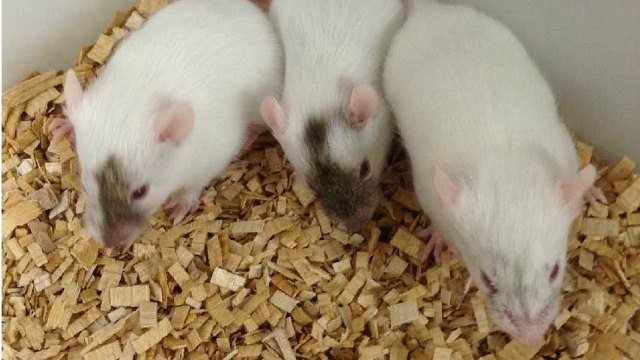 T. osimensis stem cells, originally derived from female rat cells, were found in both male and female rat-mouse chimeras.HONDA ET AL., SCI ADV, 3:E1602179, 2017In most mammals, females have two X chromosomes and males have one X and one Y. But both male and female Amami spiny rats (Tokudaia osimensis)—endangered rodents native to a Japanese island—carry just a single X chromosome. In a study published today (May 12) in Science Advances, a research team led by Arata Honda of the University of Miyazaki in Japan used fibroblasts from the tail of a female spiny rat to derive induced pluripotent stem cells (iPSCs). These cells were capable of differentiating into both female and male germ cells in the body of a host organism, a mouse-spiny rat chimera.

“This is a very intriguing paper,” said Oliver Ryder, who is the Director of Conservation Genetics at the... 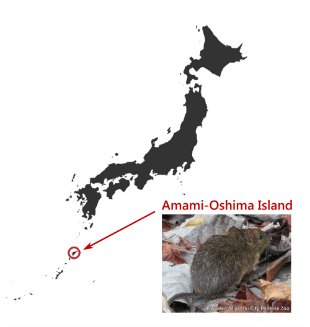 Location of the island in which T. osimensis residesCARLA SCHAFFER/AAAS AND MIYAZAKI CITY PHOENIX ZOOThe research team cultured fibroblasts from the tail of a female spiny rat, which was released back into the wild. After trying a variety of induction and culture conditions, the authors obtained T. osimensis iPSC lines. They introduced these cells into mouse blastocysts, and then implanted them into surrogate mouse mothers.

The researchers traced the injected iPSCs with a fluorescent marker, and determined that about a quarter of embryos and pups were chimeras. When they examined the adult chimeras, the authors found iPSCs in multiple tissues, including patches of brown spiny rat skin and fur. iPSCs also contributed to spermatids and an oocyte, but the number of these germ cells derived from spiny rat iPSCs was low.

“We have successfully generated true naïve iPSCs from T. osimensis and interspecific chimeras with [spiny rat] cells throughout their bodies,” Honda wrote in an email to The Scientist. “Female T. osimensis iPSCs could contribute and survive as male germ cells in adult interspecific testes,” he added.

A next step is to determine whether “the germ cells that were developed were functional,” said Monika Ward, who studies Y chromosome genes at the John A. Burns School of Medicine at the University of Hawaii and did not participate in the study. “Because of the low efficiency the authors were not really able to test if [the cells] can function in fertilization,” she explained.

Honda confirmed that his team plans to work on improving the efficiency of germ cell production. He also wants to move the system out of chimeras and into the petri dish, in order to achieve generation of Amami spiny rat eggs, sperm, and eventually embryos. 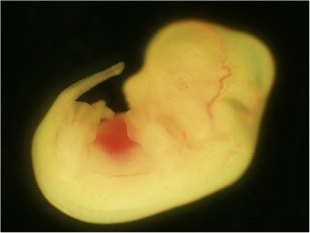 Interspecific chimera embryoHONDA ET AL., SCI ADV, 3:E1602179, 2017The potential uses of such a system could extend beyond spiny rats, too. “We work on preserving species in their habitats. We work on captive breeding. We work on assisted reproduction,” Ryder said, “but there are species that are threatened with extinction that might not be able to be saved without the application of more advanced genetic and reproductive technologies.”

And though this study makes clear that sex determination is flexible in spiny rats, one question that remains unanswered is how male and female sex characteristics actually arise in the rodents, Honda said.

“It isn’t clear to me that using induced pluripotent stem cells from females in chimera mice, which are then going to have the environmental component of the mouse, is really going to help disentangle how sex is determined in the spiny rat,” Melissa Wilson Sayres, who investigates sex chromosome evolution at the Arizona State University in Tempe and was not involved in the work, told The Scientist. But “the more we can study sex determination and really understand in what ways is it flexible [and] inflexible, the more we illuminate how flexible our own sex determination system may be.”