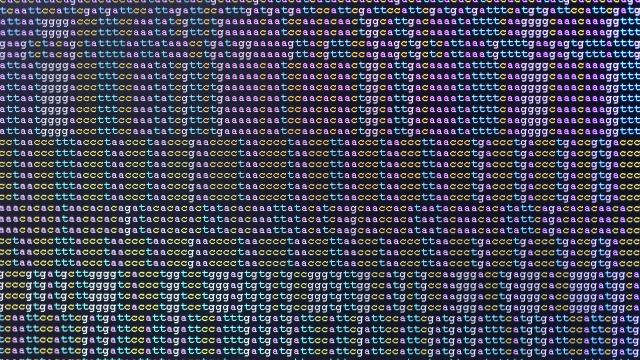 ISTOCK, JXFZSYGenetic variants linked to a predisposition for Alzheimer’s disease and heavy smoking are less common in older people than in younger people, researchers report today (September 5) in PLOS Biology. Their study analyzed genetic alleles in two large genomic databases to find those associated with longevity, which they used as a proxy for evolutionary fitness.

“Nobody’s really had the data to measure single-generation shifts in allele frequencies in humans before,” says geneticist Jonathan Pritchard of Stanford University who was not involved in the study. “It’s an important part of understanding how evolution works to go down to the smallest scale of evolutionary change, namely, what’s happening in one generation.”

The idea for the study came about a few years ago, says senior author Joe Pickrell, after he used a commercial genomic testing service and put the resulting data online. One of his colleagues found that...

“The fact that you can look at the frequencies of genetic variants over time in a single group of people just by looking at people of different ages sort of stuck with me,” he says. After Kaiser Permanente made deidentified data on the genomic variants of hundreds of thousands of people available for research in 2012, Pickrell decided the time was right for a larger-scale study. They also used data from the UK Biobank, which included the ages at which participants’ parents had died.

“With the availability of large datasets that are now being collected, mostly for biomedical purposes, we were thinking that it’s now becoming possible to use these and then look at small changes that could happen within short time scales, a few generations,” says Hakhamanesh Mostafavi, a Columbia University graduate student and the study’s first author. The goal, he says, was to “directly observe selection in action and identify variants that may have a fitness consequence.”

Both fertility and longevity play into natural selection, says Pickrell, a geneticist at the New York Genome Center and founder of a genetic testing startup. The idea is that both contribute to the perpetuation of genetic alleles within a population. With the data available, he and collaborators could only directly measure the longevity part of the equation.

They found only two variants that were statistically less common in older people (or the offspring of long-lived people) than in younger ones. One is the Alzheimer’s-associated APOE4 variant that helped spark the idea for the study. The other is a mutation in the CHRNA3 gene that’s linked with heavier smoking among people who take up the habit.

The findings suggest people with these variants tend not to live as long as those without them—a trend that, if it continues, will make the variants less common in successive generations. That gradual change wasn’t observed in the current study, though, which looked only at a snapshot of contemporary genomic data.

Pickrell says these results likely reflect adaptation to relatively recent changes in environmental conditions. The CHRNA3 variant is more common among participants in the study whose fathers died at younger ages. Pickrell suspects that’s because those who had the allele would have been more susceptible to its untoward effects in decades past when smoking was more popular. “In the U.K. in the 1950s, the average man smoked about a half a pack a day,” he notes. “That meant that different genetic variants that influence smoking behavior were probably under natural selection at that time.”

But how would variants that play into diseases that manifest late in life, such as Alzheimer’s, be affected by natural selection? Pickrell says that for men, at least, it might be through fertility. “A genetic variant like the one we see at APOE4 that influences probability of death after, say, 65 or 70—even if a tiny proportion of men still have kids after that age, that is plausibly still affected by natural selection.”

Laurent Duret, a geneticist at the Laboratory of Biometrics and Evolutionary Biology in Lyon, France, raises a second possible connection between late-manifesting variants and natural selection: after people have stopped reproducing, they can continue to care for their children and grandchildren, increasing their odds of making it to reproductive age and therefore passing on their grandparents’ alleles.

The team also analyzed the collective effects of some groups of variants known to influence the same traits, and found that those associated with later puberty and later age at childbearing were linked with longevity, while those associated with high LDL cholesterol levels, heart disease risk, and high BMI appeared to shorten people’s lives.

Mostafavi and Pickrell both say the study is likely to lead to others like it, ones that take on similar questions in larger, more powerful datasets or different populations. Leonid Kruglyak, a geneticist at the University of California, Los Angeles, and a Howard Hughes Medical Institute investigator who was not involved in the study, says, “It’s exciting to think about what you might in principle be able to do with much larger cohorts,” such as identifying less-common genetic variants that affect longevity.