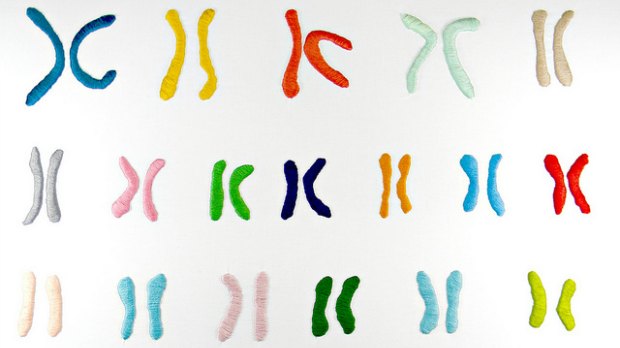 FLICKR, HEY PAUL STUDIOSLast year, Elizabeth Parrish, the CEO of Seattle-based biotech firm BioViva, hopped a plane to Colombia, where she received multiple injections of two experimental gene therapies her company had developed. One is intended to lengthen the caps of her chromosomes (called telomeres) while the other aims to increase muscle mass. The idea is that together these treatments would “compress mortality,” Parrish told The Scientist, by staving off the diseases of aging—enabling people to live healthier, longer.

On its website last week (April 22), BioViva reported the first results of Parrish’s treatment: the telomeres of her leukocytes grew longer, from 6.71 kb in September 2015 to 7.33 kb in March 2016. The question now is: What does that mean?

Over the phone, Parrish was more measured in discussing the...

Much more data are needed before claiming success against aging, said Dana Glei, a senior research investigator at Georgetown University. “We haven’t established a causal link between telomere length and health,” she told The Scientist. “If it’s like gray hair, dyeing your hair won’t make you live longer.”

An n of one won’t give us the answer, but Parrish’s personal trial is the start of what BioViva hopes to accomplish: the first clinical studies using a gene therapy to stall aging and increase health span.

The company’s approach is backed by preclinical evidence—in particular, that from María Blasco’s group at the Spanish National Cancer Research Centre (CNIO) in Madrid. In 2012, Blasco’s team reported the results of a telomerase gene therapy in mice. The enzyme telomerase, encoded by the TERT gene, lengthens telomeres.

“We demonstrated that AAV9-Tert gene therapy was sufficient to delay age-related pathologies and extend both median and maximum longevity in mice,” Blasco, who is not involved with BioViva, told The Scientist in an email. “Many pathologies were delayed, including cancer.”

Blasco’s team has since demonstrated that telomerase gene therapy can abate certain age-related diseases in mice as well.

Some human diseases are the product of shorter-than-usual telomeres, noted Abraham Aviv, who studies the chromosomal caps at Rutgers New Jersey Medical School. “However, the idea that in the general population relatively short telomeres are bad and relatively long telomeres are good is nonsense,” he wrote in an email.

And telomere length is not a good predictor of mortality. Earlier this month, Glei and her colleagues looked at how well leukocyte telomere length correlated with dying within five years. After adjusting for age and sex, they found that more than a dozen other measurements—from self-reported health status to C-reactive protein levels—were better at predicting five-year mortality.

Houston-based SpectraCell Laboratories conducted the telomere length assay for BioViva. Jonathan Stein, the director of science and quality at SpectraCell, told The Scientist that most telomere-length assays have a variance of 8 percent, and his firm’s test is in line with that number.

The other gene therapy Parrish received—the gene encoding the follistatin protein—is supported by human data, at least in the context of people with muscle disorders. (There are not yet data demonstrating the effects of follistatin gene therapy on aging-related muscle loss.) Follistatin inhibits myostatin, which puts the breaks on muscle growth and therefore makes it an attractive therapy for muscular dystrophies. Early clinical trials on six people with Becker muscular dystrophy, for instance, showed that four of them could walk longer distances after the follistatin gene therapy. Parrish said she expects MRI data on her muscles’ response to the treatment in about a month.

“Translating these results to human diseases (telomere syndromes or certain age-related diseases without effective treatments) may be of interest in the context of clinical trials approved by the corresponding regulatory agencies,” Blasco said.

Working with regulatory agencies has been a sticking point for BioViva, hence Parrish’s trip to Colombia. Her controversial move—to skirt oversight by the US Food and Drug Administration by receiving the gene therapies outside the country—prompted a member of the company’s advisory board, the University of Washington’s George Martin, to resign, MIT Technology Review reported in October.

Parrish said she is now traveling the globe to find a regulatory partner willing to approve human clinical trials. “When I started looking into this, it seemed like a crazy science,” she said. “But it’s a crazy science whose time has come.”

Parrish’s goal of extending health span, however, is anything but novel. From medicine to meditation, researchers have been looking for ways to keep people healthy as long as possible. And we do have some proven interventions, Glei pointed out.

“My conclusion would be, if you want to live longer you’re much better off smoking less and exercising more than you are trying to lengthen your telomeres,” she said.