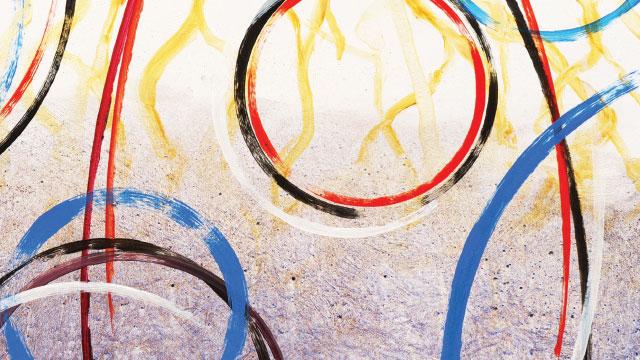 © CLIVEWA/SHUTTERSTOCK.COMCircular RNAs (circRNAs) have attracted growing attention in recent years, but their function in living organisms has long remained a mystery. Now, researchers report that one circRNA, Cdr1as, regulates microRNA levels in the mammalian brain, and that its removal results in abnormal neuronal activity and behavioral impairments in mice. The findings were published today (August 10) in Science.

“There are few papers where you can really say it’s a breakthrough,” says Sebastian Kadener, a neuroscientist and circRNA researcher at Brandeis University who was not involved in the work. “But this paper is really exciting. It’s the first real demonstration of a function of these molecules in vivo in an animal.”

CircRNAs, or simply “circles,” are formed when one or more exons or introns are “back-spliced” into a loop instead of a linear transcript. Once thought to be...

Cdr1as, a circRNA that is highly expressed in the mammalian brain, is one of the best characterized circles to date. When the Max Delbrück Center’s Nikolaus Rajewsky and colleagues described it in 2013, they noted the molecule’s potential to act as a microRNA “sponge”—it has more than 60 binding sites for the microRNA miR-7—although the role of this sponging remained unclear.

The researchers found on closer inspection that mutant mice did indeed have abnormalities in neuronal activity.

Cdr1as is also unusual in that it is transcribed from the antisense strand of DNA and has no well-expressed linear equivalent—a feature that makes it appealing for loss-of-function assays using DNA-editing tools such as CRISPR-Cas9. “This is an attractive case to study,” Rajewsky tells The Scientist. “It allows you to manipulate the DNA and hope that what you see at the functional level is really a response to the loss of the circular RNA.”

In the current work, Rajewsky and his colleagues first took advantage of a technique they had previously developed to detect in vivo interactions between microRNAs and other molecules. Using mouse and human postmortem brains, the team showed that miR-7, and to a much lesser extent, another microRNA, miR-671, both bind to Cdr1as.

Then, the researchers employed CRISPR-Cas9 to delete the locus in mice and create Cdr1as-deficient mutants. Although the knockout animals were outwardly normal—they were viable, fertile, and showed no obvious changes in brain anatomy—the team detected altered levels of free microRNA in areas of the brain where Cdr1as would normally have been expressed: miR-671 was slightly upregulated, while miR-7 levels were markedly lowered—a result that could reflect the circle’s role in preventing degradation of this microRNA by binding to it in wild-type animals, Rajewsky notes.

There are few papers where you can really say it’s a breakthrough. But this paper is really exciting. It’s the first real demonstration of a function of these molecules in vivo in an animal.—Sebastian Kedener,
Brandeis University

Consistent with this change in gene expression, the researchers found on closer inspection that mutant mice did indeed show abnormalities in neuronal activity. Among other things, single-cell analyses of neurons revealed that, compared to controls, knockout mice had more than double the frequency of miniature excitatory postsynaptic currents—a sign of disrupted neurotransmission.

Finally, the team ran a suite of experiments to look for behavioral consequences of Cdr1as-deficiency. Although knockout mice exhibited normal anxiety levels and no obvious memory defects, the researchers found that the mutants performed poorly in prepulse inhibition experiments, which measure an animal’s ability to suppress a startle response to an aversive stimulus, such as a sudden loud noise, if a preceding, weaker version of the stimulus has already been played as a warning.

“It’s a mechanism preventing you from freaking out in a loud environment,” Rajewsky explains. “It’s really essential for the function of any kind of sensorimotor response.” Impairment in this mechanism in humans is often associated with neuropsychiatric disorders such as schizophrenia, Tourette syndrome, and obsessive-compulsive disorder—hinting at an ultimate role for Cdr1as in behavior.

In an email to The Scientist, Julia Salzman, an RNA researcher at Stanford University, calls the paper “a fascinating and important study, and a great advance for the field.” She adds that “it will be interesting to see how the knockout mouse could help dissect the mechanistics underlying CDR1as function and know if other circular RNAs have other neuronal phenotypes.”

In addition to exploring the more mechanistic aspects of Cdr1as function, Rajewsky says the team plans to investigate the effects of other genes that were deregulated in the knockout mice. (The expression of some circadian clock genes, for example, was consistently altered in Cdr1as-deficient animals.)

In the meantime, Kadener notes, the study sets the stage for future research aiming to connect molecular, neurological, and behavioral phenotypes for Cdr1as and other circular RNAs. In this paper, “the connection is not perfect,” he says. “But this is the first study that even links those three things.”