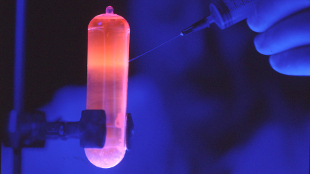 DNA purificationWIKIMEDIA, MIKE MITCHELL FOR THE NATIONAL CANCER INSTITUTEIt’s been nearly a week since the US Supreme Court invalidated Myriad Genetics’ patents on the BRCA1 and BRCA2 genes, and the response from bioethicists, patient advocates, and the research community has been nearly uniformly positive.

“VICTORY! Supreme Court decides: Our genes belong to us, not companies,” declared the American Civil Liberties Union (ACLU), who with the Public Patent Foundation filed the suit.

Mary-Claire King, the pioneer who first established the genetic basis of familial breast cancer and pinpointed the BRCA1 gene in 1990, told the New Scientist two days following the ruling, “I am delighted. This is a fabulous result for patients, physicians, scientists, and common sense.”

The Court’s unanimous decision in Association for Molecular Pathology v. Myriad Genetics, Inc., held that, “A naturally occurring DNA segment is a product of nature and not patent eligible merely because...

Without question, that finding is a victory for women, who now can get a second opinion before making the drastic decision (as Angelina Jolie recently did) to undergo prophylactic mastectomy or ovariectomy in light of negative test results. It’s a victory for healthcare consumers in general, who can anticipate lower cost diagnostics and more competition in the genetic marketplace. And it is a win for researchers, who can pursue their studies unfettered by the threat of litigation.

According to a post-ruling analysis by Lori Andrews, director of the Institute for Science, Law and Technology at the IIT Chicago-Kent College of Law, “prior to the Supreme Court’s decision, 53 percent of genetics labs had stopped doing research due to concerns about gene patents. Forty-nine percent of American Society of Human Genetics members had to limit their research due to gene patents.”

In her analysis, Andrews wrote that the Myriad decision was good news for the pharmaceutical and biotech industries, enabling drug companies to tailor drugs to different patient populations and diagnostics developers to design new tests without paying royalty fees. And indeed, the decision prompted immediate movement in the genetic diagnostics marketplace. Ambry Genetics, GeneDx, and DNATraits all announced Thursday the availability of competing BRCA tests. DNATraits priced its offering at $995. Ambry’s BRCA1/2 tests costs approximately $2,200, according to the company’s marketing director, Humberto Huerta.

Ambry also is incorporating the gene into panel assays, such as the $3,300 BRCAPlus, which uses next-generation DNA sequencing to test for BRCA1 BRCA2, and four other breast cancer-associated genes. GeneDx said it would be launching a 27-gene panel for breast and ovarian cancer, including BRCA1/2, on or after August 1. King recently developed a 40-gene panel called BROCA, which also includes BRCA1/2. The test, she told New Scientist, “has been used for months, but until today we had to mask BRCA1 and BRCA2. The Supreme Court ruling removes the illogical situation of being able to test all genes but having to mask some.”

Even Myriad is getting in on the act; in May, the company announced plans to phase out its BRACAnalysis test in favor of “25 clinically actionable genes” for a range of tumors including breast, colon, ovarian, and pancreatic.

But on another level, the practical impact of the ruling may be relatively minor, said Hank Greely, director of Stanford’s Center for Law and the Biosciences. Of the thousands of genes covered by patents, relatively few were actively enforced as Myriad Genetics’ were, he told The Scientist.

Furthermore, as Greely told the National Geographic Daily News, many gene patents are set to expire in the next few years, and in any event it’s not clear whether new testing methods such as whole-genome and whole-exome sequencing—which are replacing the single-gene Sanger sequencing approach Myriad Genetics uses—would have actually violated the company’s patents in the first place.

The Court did uphold Myriad’s patents on the BRCA gene cDNA sequences. But Andrews notes that the Court did not preclude those patents being challenged for other reasons, especially “nonobviousness.”

“If you can’t patent the whole sequence, then it’s perfectly obvious to take out the noncoding regions,” Andrews told The Scientist. “Those patents are going to fall on the nonobvious test in a second.”

Academic diagnostics labs welcomed the news. Wayne Grody, director of the Molecular Diagnostics Laboratories at the University of California Los Angeles Medical Center, who worked with ACLU lawyers in drafting their arguments in the case, calls the decision “a victory for the team I was on, and more locally for our DNA diagnostics lab and all my peers.”

Grody’s lab was licensed by Myriad to perform limited BRCA gene testing. Where Myriad sequenced the entirety of the BRCA loci, Grody’s lab was authorized to detect just three specific mutations associated with breast cancer among Ashkenazi Jews. The charge for that test was $400, Grody says, including a royalty payment, compared to $3000 or so for the full sequence test performed by Myriad Genetics.

Grody said his lab will continue offering that test, but will now supplement it with a handful of additional tests, probing genes for neurologic and muscular diseases, congenital deafness in infants, and leukemia, several of which were precluded by patents owned by Athena Diagnostics.

Farid Chehab, director of the Molecular Diagnostics Laboratory at the University of California, San Francisco, also used to test for the Ashkenazi mutations using a “reverse dot blot” assay, but stopped “two or three years ago” due to a lack of interest. Today, he said, he plans to offer an exome-sequencing service instead.

Exome sequencing, Chehab explained, costs about $1,200—on par with BRCA1/2 testing alone—but produces orders of magnitude more information. “You can blind yourself to everything else but BRCA1 and 2, concentrate on them on the bioinformatic level,” he said. “And then, if the doctor wants additional information, we can look at other genes, too.”

Arupa Ganguly, laboratory director of the University of Pennsylvania’s Genetic Testing Laboratory, received a cease-and-desist letter from Myriad Genetics for BRCA testing in 1999. Fourteen years later, she said, the Supreme Court decision is “big victory in terms of principle.”

Still, though her lab is now technically free to offer BRCA screening, Ganguly said she hasn’t yet decided if it will. For one thing, there’s the growing commercial competition. But also, she noted, in the years since she last tested for BRCA mutations, Myriad has likely tested tens or even hundreds of thousands of samples, compiling a database of variants and their clinical significance, data she and others would not be able to access.

Greely, though, said he doubts the handicap will prove all that practically significant. For one thing, many of those variants are well documented, and labs can always refer patients with novel variants to Myriad anyway. Also, a new initiative called Free the Data!, launched following the Supreme Court’s decision, seeks to nullify Myriad’s advantage by building a public database of BRCA1 variants using patient-submitted genetic data.

“Last Thursday was a happy day for people who might want BRCA1 or 2 testing done in the next few years, and their doctors,” Greely said. “Whether the consequences are much broader than that is unclear.”