FLICKR, MIKI YOSHIHITOTo understand the genetic underpinnings of human phenotypes, scientists can scan thousands of genomes to identify common variants among people with particular traits, an approach known as genome-wide association studies (GWASs). In a new study published today (May 16) in Nature Genetics, researchers combined data from more than 16 GWASs as well as from 23andMe’s database to discover novel gene-trait associations. But the researchers also added an extra layer of analysis, pooling 42 seemingly different traits—including diseases—to uncover phenotypes that may be causally linked.

“Our idea was to try to gather up all the traits that have been studied in large genetic studies and see if there is shared biology between these different traits that seem unrelated,” study coauthor Joseph Pickrell of the New York Genome Center in New York City told The Scientist.

“It’s a smart use of available data,” said Matthew Rockman, an evolutionary biologist at New York University who was not involved in the work. Because human data are formatted to prevent identification of individual subjects, such datasets “can be really difficult to combine in a sensible way,” he added.

To gather such data, Pickrell and his colleagues turned to publicly available, large consortium studies. They also gathered previously unpublished data gathered by the consumer genetics company 23andMe, including analyses of genetic variants linked to Parkinson’s disease, unibrows and chin dimples, migraines, and asthma. The team built statistical models that, for each genomic locus, made pairwise comparisons of every possible pair of the 42 traits examined, scoring whether a genetic variant coincided with neither, one, or both traits.

The study revealed 341 loci associated with multiple traits. Several of these genetic variants were linked to later onset of menarche in girls, a later age of voice drop in boys, lower body mass index, increased height in both men and women, and a reduced risk of male-pattern baldness. “Reproductive timing is the kind of thing that should evolve with changes in our environment, and it’s exciting to see that these reproductive timing traits are genetically correlated across the sexes,” Rockman said.

Because a genetic variant connected to two traits found by GWAS does not imply a cause-and-effect relationship, the team also built a model that identified pairs of traits where a causal relationship is more likely. “The primary difference between this and many approaches that examine shared common variant influences is this added layer of analysis that allows the authors to infer causal relationships,” said Elise Robinson, a genetic epidemiologist within Massachusetts General Hospital’s Analytic and Translational Genetics Unit who was not involved in the work.

The team found that high levels of LDL cholesterol might increase the risk of heart disease, for example. The loci associated with cholesterol were also associated with heart disease, but other heart disease variants were not necessarily linked with LDL levels. “The most promising result here may be that revealing commonalities among different kinds of diseases could point towards unexpected avenues of therapy, [even if that] is still very distant,” said Rockman.

Of course, the connections identified in the study will need to be validated, Pickrell cautioned, as at least one study has questioned how relevant genetic variations are for the pathology of disease. Nevertheless, GWAS can be a “tremendously productive tool that can provide meaningful insights into the specific risk pathways of diseases,” Robinson said.

“Most genetic influences on complex traits come from common variants in the genome that have small effects [that function] additively within an individual,” said Robinson. “To understand those types of effects, we need to use GWAS.” 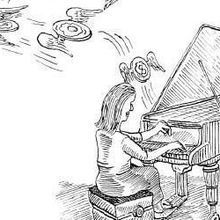