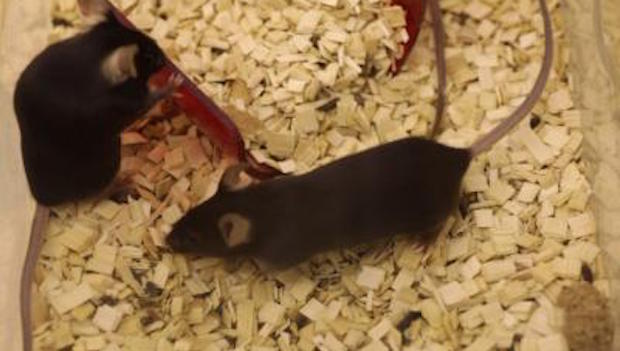 EUREKALERT, UNIVERSITY OF CAMBRIDGEFor decades, researchers have known that forming memories requires that the expression and translation of some genes be upregulated in the brain. Unexpectedly, the mouse hippocampus also has an extensive program of genetic downregulation that is required for memory to function properly, according to a paper published today (October 1) in Science.

“This is a breakthrough, because we are now introducing new pathways that seem to be important in memory formation,” said study coauthor V. Narry Kim, who studies RNA biology at the Institute for Basic Science and Seoul National University in Korea. “By studying these pathways, we will be able to have a much better clue in understanding memory formation and the molecular mechanisms behind it.”

“It provides a fresh concept,” said Mauro Costa-Mattioli, who studies learning and memory at Baylor College of Medicine in Houston, Texas, and was not involved in...

Prior studies on memory were designed to detect proteins that must be upregulated for memories to form. “A lot of these studies have been done by essentially blocking either gene transcription or translation with drugs, with genetics, sometimes even with behavior, and looking at what the effects are on memory formation,” said Charles Hoeffer, who studies protein synthesis and memory at the University of Colorado, Boulder, and was not involved in the research.

Kim and her colleagues produced a more comprehensive profile of gene expression and protein production. The researchers put mice through contextual fear conditioning, a process that involves shocking the animals in a specific chamber so that they learn to fear it. They removed the animals’ hippocampi—centers of spatial memory—either five minutes, 10 minutes, 30 minutes, or four hours after putting them through conditioning. They then analyzed the hippocampi using RNA-sequencing and ribosome profiling, a technique that reveals whether RNAs are being translated into proteins.

The researchers identified 104 genes whose transcription or translation deviated significantly from control mice at some point in the hours immediately following the contextual fear conditioning. Exactly how gene activity changed at each time point varied. During the first 10 minutes after fear conditioning, genes showed relatively few changes in transcription into mRNA. Instead, whether mRNA was translated into protein was altered. “There are cases where translational control is much more fast that transcriptional control,” explained Kim. Early on, cells can alter the rate of protein synthesis more easily than they can turn transcription off and on. By the time 30 minutes passed, cells had made changes to transcription as well as translation.

Strikingly, at four hours, half of the repressed genes likely depended on inhibition of one protein: estrogen receptor alpha (ESR1). When the researchers activated ESR1 in mice by giving them a drug, the mice partly lost their ability to learn from contextual fear conditioning.

The researchers additionally overexpressed one of the genes that was translationally repressed immediately following contextual fear conditioning, Nrsn1. Although the exact role of this tubulin-related gene in memory is unknown, overactivating this gene in mice also led to trouble forming memories.

The researchers emphasized that much work remains to figure out how networks of repressed genes advance memory formation. “We don’t know why this . . . gene network should be deactivated during memory consolidation,” said study coauthor Bong-Kiun Kaang of Seoul National University.

“I don’t think anybody in our field would have said, oh yeah, there’s going to be ESR1 downregulation that’s critical for memory formation,” said Eric Klann, who studies learning and memory at New York University’s Center for Neural Science and was not involved in the research. That is why it is so valuable to broadly screen genes without being guided by preconceived notions, he added.

Klann hypothesized that this repressive program could be the brain’s way of turning off safeguards that ordinarily prevent people from remembering too much. “If you remembered everything, your brain would turn to mush,” he said. When it is time to form a memory, the brain must downregulate genes that are actively suppressing memory, he proposed.

Klann and Costa-Mattioli pointed out that the methodology of the study might even have led the team to underestimate the degree of changes to gene expression and translation during memory formation. Only a small proportion of hippocampal neurons are involved in this process. The researchers analyzed the whole hippocampus, possible diluting larger changes in small groups of memory-forming neurons.

Memory consolidation is “more complex than we expected,” said Kaang. “There’s a balance between inhibition and activation of genes to make long-lasting and long-term memory.”