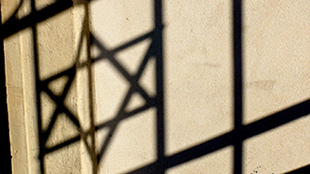 FLICKR, ADAM BAKERThe majority of Ashkenazi Jews are descended from prehistoric European women, according to study published today (October 8) in Nature Communications. While the Jewish religion began in the Near East, and the Ashkenazi Jews were believed to have origins in the early indigenous tribes of this region, new evidence from mitochondrial DNA, which is passed on exclusively from mother to child, suggests that female ancestors of most modern Ashkenazi Jews converted to Judaism in the north Mediterranean around 2,000 years ago and later in west and central Europe.

The new findings contradict previous assertions that Ashkenazi mitochondrial lineages originated in the Near East, or from mass conversions to Judaism in the Khazar kingdom, an empire in the north Caucasus region between Europe and Asia lasting from the 7th century to the 11th century whose leaders adopted Judaism. “We found that most of the maternal lineages don’t...

Richards and colleagues’ story “seems reasonable,” said Harry Ostrer, a human geneticist at Albert Einstein College of Medicine of Yeshiva University in New York City who was not involved in the study.  “It certainly fits with what we understand about Jewish history.”

Historical evidence indicates that Jewish communities began to spread into Europe during classical antiquity and migrated north during the first millennium CE, arriving in the Rhineland by the 12th century. Local European women could have begun to join the Jewish population around 2,000 years ago or earlier, Richards and colleagues suggest, and the Ashkenazis may have continued to recruit additional women as they headed north.

But some scientists question these conclusions. “While it is clear that Ashkenazi maternal ancestry includes both Levantine [Near Eastern] and European origins—the assignment of several of the major Ashkenazi lineages to pre-historic European origin in the current study is incorrect in our view,” physician-geneticists Doron Behar and Karl Skorecki of the Rambam Healthcare Campus in Israel, whose previous work indicated a Near Eastern origins to many Ashkenazi mitochondrial types, wrote in an e-mail to The Scientist. They argue that the mitochondrial DNA data used in the new study did not represent the full spectrum of mitochondrial diversity.

Eran Elhaik, a research associate studying genetics at the Johns Hopkins University School of Public Health, is split. He agreed with the study authors that the study rules out a Near Eastern origin for many mitochondrial lineages of the Ashkenazis but disagreed that it rules out a Khazarian contribution. “Jews and non-Jews residing in the regions of Khazaria are underrepresented, which biases the results toward Europe as we have seen in many other studies,” he said in an e-mail to The Scientist. Elhaik recently concluded from autosomal DNA that European Jews did, in fact, have a Khazarian background.

David Goldstein, a geneticist and director of the Center for Human Genome Variation at the Duke University School of Medicine, said that the questions of whether there was a Khazar contribution to the Ashkenazi Jews’ lineage, or exactly what percentage of mitochondrial variants emanate from Europe, cannot be answered with certainty using present genetic and geographical data. Even if a set of variants are present in a specific region today, that doesn’t mean that the region always had that set of variants. Some variants could have been lost due to drift, or perhaps migration altered the balance of variants present in the population.

“These analyses really do not have any formal statistical inference about evolutionary history in them,” Goldstein wrote in an e-mail to The Scientist. “They are based on direct interpretations of where one finds different [mitochondrial DNA] types today.  And so the analyses are largely impressionistic.”

Nevertheless, Goldstein noted that the new study “does offer better resolution of the [mitochondrial DNA] than earlier ones, and so the suggested interpretation could well be right.”