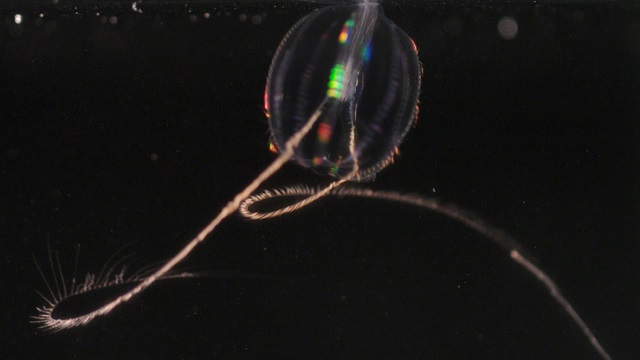 Researchers from the University of Florida, led by neuroscientist Leonid Moroz, have reported the genome for the ctenophore Pleurobrachia bachei today (May 21) in Nature. The team also published partial gene expression data on 10 other ctenophores, or comb jellies. Their analysis suggested that ctenophores may be the earliest lineage of the animal kingdom and that they independently developed complex neural and musculature systems.

The researchers found that ctenophores have a unique set of neurogenic, immune, and developmental genes not found in other animals. Comb jellies lack many neurotransmitter pathways found in animals, such as those that require serotonin, dopamine, and acetylcholine. Instead, comb jellies seem to have evolved their own unique complement of peptide and glutamate neural signaling and gene editing.

“Our concept of nature was that there was only one way to make...

Researchers have sequenced the genome of the dampwood termite, Zootermopsis nevadensis nuttingi, and reported their results this week (May 20) in Nature Communications. A team led by Jürgen Liebig of Arizona State University uncovered several surprises concerning termite social order and sexual behavior.

Male termites tend to live long lives and produce sperm for much longer compared to other social insects, such as those in Order Hymenoptera, which comprises ants and honeybees—species in which males tend to die soon after mating. Termites have and express more genes for sperm production and degradation than ants.

“Compared with the sequenced genomes of eusocial Hymenoptera, that of Z. nevadensis has both similarities and some profound differences that probably reflect the very different phylogenies and life histories of these species,” the researchers wrote in the paper.

A large proportion of termite genes are “turned off” by methyl groups. In honeybees, this methylation determines caste standing and may play a similar role in termites. 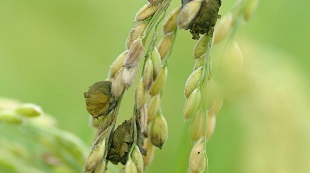 Researchers from the China Agricultural University in Beijing, China, have sequenced the genome of Ustilaginoidea virens—a fungus that causes the disease false smut in rice—in a study published this week (May 20) in Nature Communications.

U. virens is one of the fastest growing rice pathogens and is common in most rice-growing regions of the world. It turns individual grains into smut balls, which makes them sterile. It was first reported in the U.S. in 1997.

The research team, led by Wenxian Sun of the China Agricultural University in Beijing, China, found genes that suggest U. virens absorbs nutrients in a way that weakens, but does not kill the host plant. It also has a reduced number of genes for breaking down cell wall compounds such as cellulose and lignin, which indicates it has adapted to the sugar-rich and cellulose-poor environment of rice grains. The fungus has several genes to suppress plant defenseresponses. The researchers found that U. virens is closely related to fungi from the Metarhizium genus, which infects insects. 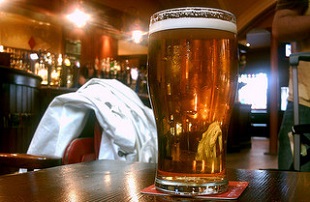 Researchers from the Carlsberg Laboratory, led by Jürgen Wendland, have sequenced the genome for the lager beer yeast, Saccharomyces carlsbergensis, according to a study published this month (May 1) in G3. All lager yeast strains are hybrids of the original brewer’s yeast, S. cerevisiae, and Patagonia yeast, S. eubayanus. But two distinct types of lager yeast exist, leading many to conclude that they are descendants of two different hybridizations.

S. carlsbergensis is the yeast that’s been used to make lager beer in Carlsberg since 1883. Analysis of its genome indicates that all lager yeast are derived from a single hybrid and that S. carlsbergensis split from other lager yeast by losing large pieces of the S. cerevisiae genome.

“A clear distinction between group I and group II lager yeast strains is the selective loss of parts of the S. cerevisiae parental genome in group I lager yeasts,” the researchers wrote in the paper. “The loss of other genome parts may be attributed to the cold fermentation conditions applied during lager beer fermentation in the 19th century.” 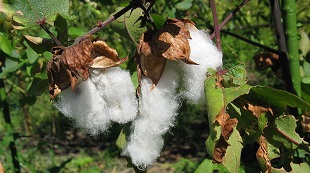 A team led by Chinese researchers has sequenced the genome of the cotton plant, Gossypium arboreum, a species native to India and Pakistan, according to a paper published this month (May 18) in Nature Genetics. The cotton genus Gossypium has more than 50 different species, most of which are diploid species with two homologs for each pair of chromosomes. But several species are tetraploid, with four sets of each chromosome. Tetraploid species are thought to be the product of a hybridization event that occurred about one or two million years ago, probably between G. arboretum, which contributed the A group chromosomes, and G. raimondii, which contributed the D group chromosomes.

The genome for G. raimondii, the simpler of the two parent plants, was published in 2012. G. arboretum’s 1,746-Mb genome is nearly twice as large as G. raimondii, which is only 885 Mb. The authors suggest that insertions of long terminal repeats on G. arboretum chromosomes are responsible for the difference in genome sizes.

The authors noted in the paper that G. arboreum’s genome will be a useful tool for understanding the evolution of cotton species and for genetic improvement of agriculturally important crop plants. 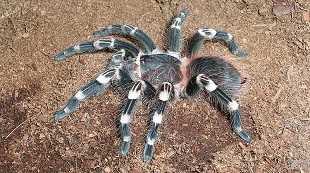 Researchers from the Aarhus University in Denmark and the Beijing Genomics Institute (BGI) in China have reported a draft genome of the white-knee tarantula and a complete assembled genome of social velvet spiders this month (May 6) in Nature Communications.

Both species have large genomes with long introns and short exons, much like mammalian genomes. The researchers studied several spider silk and spider venom genes and their associated proteins. They suggested that this information could be used to develop insecticides and antivenoms, as well as biomaterials that use these silk proteins.

“The idea was that, by comparing their genetic makeup, we'd try to see whether we could say anything in general terms about what makes a spider a spider,” coauthor Kristian Sanggaard of Aarhus University told Tech Times. “But found a number of genes—about two to three hundred—that have only been found in these two types of spiders and not in other organisms,” coauthor Jesper Bechsgaard, also of Aarhus University, added.