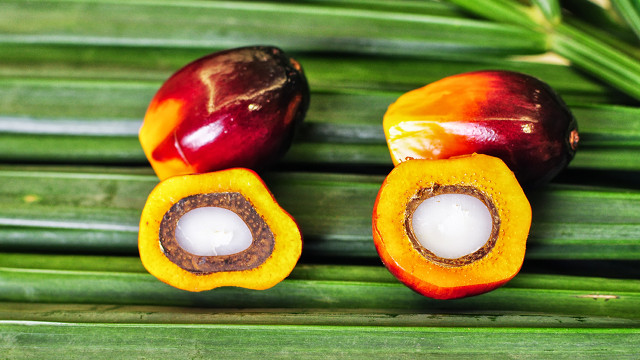 Palm oil, used in goods ranging from potato chips to bath products, accounts for 45 percent of the world’s edible oil production. Now a team led by researchers from the Malaysian Palm Oil Board (MPOB) has sequenced the genome of the African oil palm and has identified a gene responsible for volume of oil production, called SHELL.

“Mutations in [SHELL] explain the single most important economic trait of the oil palm: how the thickness of its shell correlates to fruit size and oil yield,” Rajinder Singh of the MPOB said in a press release.

The African oil palm has three varieties: dura, pisifera, and a hybrid of the...

The researchers hope that their newfound knowledge of the SHELL gene will allow farmers to test the genotypes of young plants or seeds so that they can grow the desirable tenera plants more efficiently. Identifying productive trees early could cut back on land wasted on accidentally nourishing non-tenera trees. 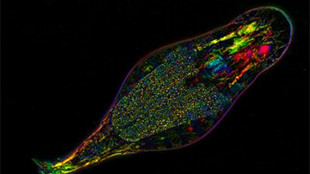 Most members of the animal kingdom have sex, at least some of the time. But bdelloid rotifers, microscopic organisms that live in ephemeral freshwater habitats, appear to have avoided sexual reproduction for millions of years. Instead, they produce eggs through mitosis, which develop into offspring without being fertilized.

A new genome sequence of the bdelloid rotifer species Adineta vaga provides more evidence that the creatures are asexual: A. vaga’s genome structure is “incompatible with conventional meiosis,” the researchers who sequenced the species’ DNA wrote in a Nature paper describing the results.

Meiosis is the division of the genetic material of a parent cell into two haploid gametes, so that maternal and paternal genomes can then be mixed and matched in offspring. The process requires that homologous chromosome pairs line up together so as to be sorted into separate zygotes. But in A. vaga, genes have been so thoroughly shuffled that alleles from homologous chromosomes can no longer line up. In some cases, alleles that should be on separate chromosomes are found on the same one.

A. vega appears to have evolved coping mechanisms to make up for being unable to undergo meiosis. Around 8 percent of the A. vaga genome is derived from horizontal gene transfer from other species, a larger proportion than in any other metazoan species. Meanwhile, the species has undergone many gene conversions, a process by which one allele is converted to another allele that is already present, creating greater homozygosity and eliminating alleles from the gene pool. These two processes could provide some of the benefits of sex, introducing variation into the genome and getting rid of undesirable gene variants. 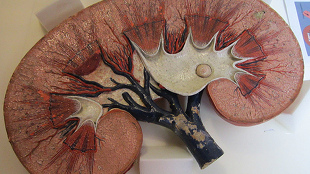 Clear-cell renal cell carcinoma (ccRCC) accounts for 70 to 80 percent of all kidney cancer cases. Researchers sequenced the genomes of 106 ccRCC specimens looking for mutations that could explain the carcinogenicity of the cells.

“Similar to what has been observed in other cancers, the development of ccRCC seems to be shaped by the acquisition of a number of somatic gene mutations and chromosomal lesions that predominantly affect a handful of genes,” the researchers wrote in the paper reporting the results.

As expected, mutations in the VHL gene were common features of the cancers. VHL encodes a protein that helps degrade hypoxia-inducible factor (HIF), which regulates expression of many genes. VHL mutations have previously been implicated in kidney cancer.

In some cancers in which there was not a VHL mutation, the researchers noticed other mutations that interrupted the same pathway. For instance, 36 to 42 percent of cancers that had intact VHL had mutations to the TCEB1 gene—a change that also lead to the accumulation of HIF.

The researchers hope that the sequences will help them identify new ways to treat ccRCC. “In addition to previously described common mutational targets, we identified new mutated genes and pathways that are involved in the pathogenesis of ccRCC, including potentially druggable molecular targets,” they wrote. 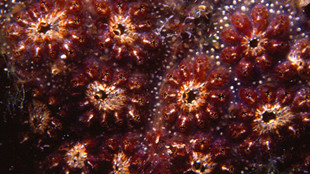 At first glance, the chordate Botryllus schlosseri doesn’t look like it could tell scientists much about vertebrate evolution. With sac-like bodies that attach to rocks, the creatures live in star-shaped colonies, often sharing a circulatory system with other members of their species and reproducing both sexually and asexually.

But B. schlosseri is more closely related to vertebrates than is any other invertebrate species. And the newly sequenced genome of B. schlosseri shows that the species has many genes in common with its vertebrate cousins.

The researchers compared the B. schlosseri genome sequence to the sequences of a variety of vertebrates and other invertebrates. They found that B. schlosseri and vertebrates share genes important for heart function, sight, and hearing, and the tunicate carries sequences related to the vertebrate genes that govern the formation of the cellular components of blood.

Intriguingly, B. schlosseri also has genes related to vertebrate placental polypeptide genes, which are necessary for healthy pregnancies in mammals. The researchers posit that the placental polypeptide-like genes in B. schlosseri might be related to the invertebrates’ tendency to share a blood supply with neighbors in colonies, somewhat like a mammalian mother shares a blood supply with her child. 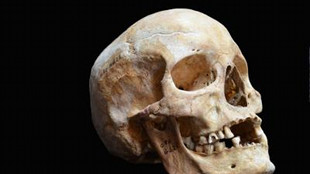 The skull of a medieval woman with leprosy from a cemetery in DenmarkBEN KRAUSE-KYORA, KIEL UNIVERSITY

Researchers have sequenced Mycobacterium leprae DNA found preserved in the teeth of five medieval leprosy sufferers from the U.K., Denmark, and Sweden. Comparing the ancient sequences to modern genome of the bacterium shows that M. leprae has changed little since the Middle Ages.

The researchers found that both medieval and modern strains of leprosy had lost a large amount of genetic material compared to other Mycobacteria and had many pseudogenes. This finding is consistent with the difficulty of culturing leprosy in vitro, as it has lost genes necessary for surviving outside of a host.

Three of the ancient strains were closely related to strains now found in Iran and Turkey, although it is unclear whether the strains had been brought from the Middle East to medieval Europe or whether the bacteria migrated in the other direction. Other medieval strains, meanwhile, bear a strong resemblance to types of leprosy now found in the United States but not to Middle Eastern strains, indicating that American leprosy emanated from Europe rather than from other parts of the Old World.