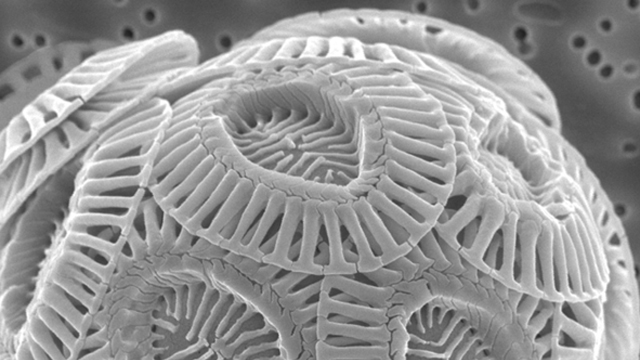 E. huxleyi is a free-floating photosynthetic plankton with a global distribution ranging from the equator to the subarctic. This marine phytoplankton underpins most marine food webs and has played a major role in global climate for more than 200 million years. This organism fixes up to 20 percent of the carbon within its various habitats, creating ocean blooms that spread over hundreds of thousands of square kilometers. They also release CO2, adding to the complexity of their influence on the global carbon cycle.

The contribution E. huxleyi makes to Earth’s climate is likely due to its capacity to thrive in a wide variety of habitats and produce blooms in many environmental conditions. Researchers looked for the genomic basis of this species’ remarkable flexibility by comparing the reference genome sequence from one strain of... 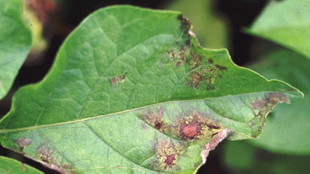 The great Irish potato famine of the 1840s killed more than 1 million people and forced the emigration of millions more. The cause of the famine was Phytophthora infestans, a single-celled organism related to brown algae. P. infestans is thought to have originated in Mexico, and a single strain, US-1, has long been pegged as the culprit in the devastating blight, as well as in infestations around the world over the past 150 years.

Using dried potato plant leaves collected from Europe and North America between 1845 and 1896, researchers compared mitochondrial and nuclear genomes of 11 herbarium, or ancestral, strains with 15 modern strains. They discovered that the 19th century epidemic was caused by a single strain, HERB-1, that persisted for at least 50 years. While HERB-1 is distinct from modern strains, it is closely related to, but not a direct ancestor of, US-1. The two strains diverged in the early 1800s, likely in the US, before HERB-1 found its way to Europe.

Surprisingly, the research team did not find anything in the HERB-1 genome to explain its virulence. In fact, the famine-causing strain lacks a gene found in modern strains that overcomes the potato’s immune response. 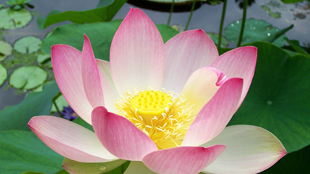 The lotus plant’s rhizomes, seeds, and leaves have been cultivated as a food crop since it was domesticated in Asia about 7,000 years ago. For nearly as long, the flower of the lotus has played a rich role in the iconography of a number of Asian spiritual traditions – its unfolding petals are symbolically linked with the expansion of the awakened soul. The aquatic plant is also a vital ingredient in many herbal medicines and is noted for its long-lived seeds and exceptional ability to repel water.

The recently sequenced lotus genome sequence shows evidence of a particularly slowly evolving species. Its nucleotide mutation rate was shown to be 30 percent slower than that of the grape—the current standard of comparison amongst eudicots, which are a type of flowering plant. The availability of the lotus genome should improve comparative analyses between eudicots and monocots, a different type of flowering plant.

The lotus also has a relatively large number of genes that code for proteins involved in root meristem phosphate starvation, reflecting the lotus’ adaptation to a limited supply of nutrients that it likely experienced in its transition from a land species to an aquatic species. 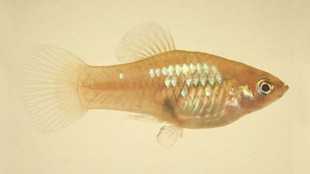 Native to North and Central America, the southern platyfish (Xiphophorus maculatus) is a well-known model organism for the study of cancer development. Scientists recently sequenced the platyfish genome to examine genes that trigger the onset of melanoma. One gene the researchers identified plays a role in both the development of melanoma and in pigmentation patterning.

The team also found evidence for the selection of genes related to viviparity, or live birth. The platyfish genome is the first to be sequenced from a non-mammalian viviparous vertebrate. Because the platyfish is part of family Poeciliidae—unusual because its members span the gamut from little to extensive post-fertilization provisioning—its genome provided a significant opportunity to examine the evolution of the structures that support live birth.

Finally, genes implicated in cognition or behavioral complexity showed a surprisingly high level of duplicate gene retention following the hypothesized teleost fish genome duplication event thought to occur about 350 million years ago. This event may have provided numerous opportunities for the evolutionary expansion of teleost behavioral repertoires that other vertebrates such as amphibians and reptiles did not achieve. 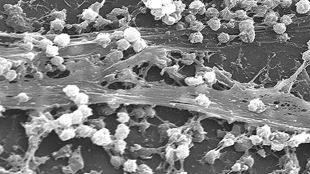 The candidate phylum TM6 lives on biofilms such as this one produced by Staphylococcus aureus.WIKIMEDIA, BETACOMMANDBOT

Many microbes, including entire bacterial phyla, have resisted cultivation in the lab, and therefore little is known about their structure and function, earning them the collective moniker the “dark matter of life.” One such group of bacteria is “candidate phylum TM6,” which is globally distributed in aqueous environments, including domestic drinking water.

First discovered in 1996, researchers recently found TM6 living within a biofilm that was growing in a UC San Diego Medical School bathroom sink drain. Researchers amplified its DNA and pieced together is genome from bits of overlapping gene sequences called “mini-metagenomes” that came from randomly sampling single cells within the biofilm sample. Several characteristics of this bacterial group’s genome, including it small size—1.07 million base pairs—and lack of biosynthetic pathways for most essential amino acids and vitamins, point to it being a possible symbiont of an unknown, possibly non-free living, host such as a biofilm. 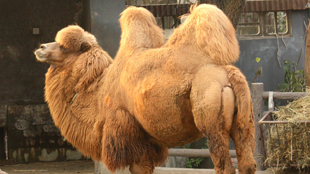 The Bactrian camel is one of the last animals to be domesticated—around 3,000 to 6,000 years ago. The desert dwelling ungulate is used for transportation as well as milk, wool, and meat production.

Researchers created a de novo draft sequence of the Bactrian camel genome from a single individual to identify genetic changes underlying the process of domestication. Early analyses indicate that the camel has a similar level of nucleotide diversity compared to other domesticated ungulates.

Given ongoing desertification as the global climate changes, the researchers hope to use the genome sequence to identify genes underlying specific traits that can be manipulated to help the camel adapt to warmer, drier climates.