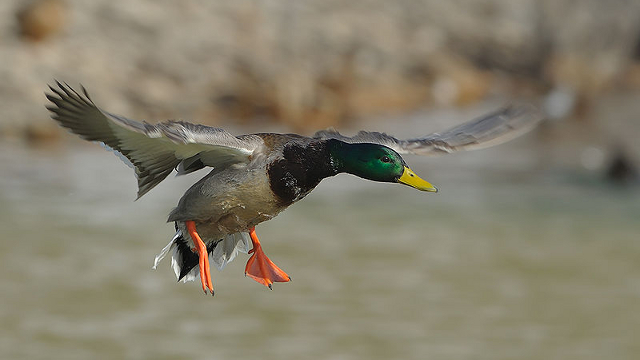 The duck is a known natural host of nearly all influenza A virus subtypes (including H5N1). Researchers have now sequenced the whole genome of a female duck from Beijing. Comparisons of the duck’s sequence to those of other birds and mammals indicates that, like chickens and zebrafinches, the duck harbors nearly half as many immune-related genes as do mammals.

Researchers also performed deep transcriptome analysis to identify genes that are responsive to bird flu viruses. For the most part, the duck does not show symptoms following infection with the influenza virus. The research team found a highly diverse set of beta-defensin genes in the duck, which may explain the waterfowl’s viral defense mechanisms. By comparing gene expression in the lungs of ducks infected with a highly pathogenic... 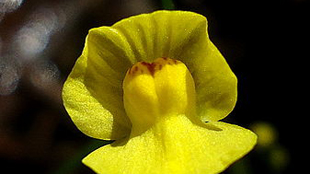 The floating bladderwort (Utricularia gibba) is a carnivorous plant with a highly specialized hunting technique. The plant pumps water into tiny chambers, or bladders, creating a vacuum in each one that can suck in and trap unsuspecting insect prey. Despite this complex behavior, the bladderwort’s recently sequenced genome indicates that the aquatic plant has the smallest genome–80 million base pairs–of any higher plant that has been sequenced so far. By comparison, plants like the grape and the tomato have 490 and 780 million base pairs respectively. Yet the bladderwort has roughly the same number of genes as the grape and tomato. The reason for this discrepancy lies in the bladderwort’s systematic shedding of so-called “non-coding DNA”, or DNA that does not code for proteins.

The vast majority of human DNA, about 98 percent, is non-coding, or what used to be called “junk” DNA. In fact, complex organisms have a preponderance of non-coding DNA. However, the bladderwort genome is comprised of only 3 percent non-coding DNA, despite three separate incidents of genome doubling, where offspring receive two full copies of the entire genome, in its evolutionary history. The finding contradicts recent high profile projects, such as ENCODE, that suggest that non-coding DNA plays biochemical roles critical to complex life. 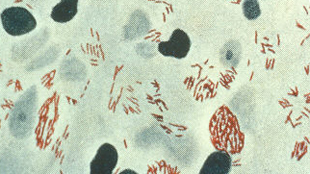 Until the Middle Ages, leprosy was a common contagion throughout Europe. The infectious disease, which causes skin sores, nerve damage, and muscle degeneration, still infects about 225,000 people around the world annually. To understand how Mycobacterium leprae—the bacterium that causes leprosy—has evolved over time, researchers used novel DNA-capture techniques and high-throughput screening to sequence nearly its entire genome. They derived DNA samples from the skeletal remains of 5 ancient lepers—dating from the 10th to the 14th centuries—and from biopsies of 11 modern lepers.

It turns out that M. leprae has not evolved much over the past several centuries. The researchers found only 800 or so mutations among the 16 genomes. This result led the team to conclude that M. leprae has not lost its virulence, rather the incidence of leprosy declined during the 16th century in Europe due to improvements in social conditions and because other infectious diseases such as the plague and tuberculosis overshadowed it. 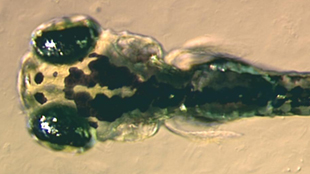 The zebrafish (Danio rerio) is a highly useful model organism due its virtual transparency during the embryo phase, which allows researchers to directly observe organ development and image neural activity. Perhaps equally beneficial is the ease with which researchers can knock down or overexpress zebrafish genes, making this small fish an important tool for the study of human genetic disease.

Though a draft of the zebrafish genome was completed over a decade ago, the quality of the sequence has not been on par with that of the human or mouse, until now. Researchers detailed 26,000 protein-coding genes in the zebrafish, the most of any vertebrate species. About 70 percent of these genes, including a high number of disease-related genes, are orthologous with genes from the human genome.

In another study from the same team, researchers describe a method for systematically assessing zebrafish gene function. Using high-throughput screening with mutagenic chemicals, the researchers can identify phenotypes associated with disruptive mutations in every protein-coding gene in the zebrafish. The team has so far identified mutations in 38 percent of these genes, including 58 percent of the 5,500 or so zebrafish orthologs of human disease-related genes. 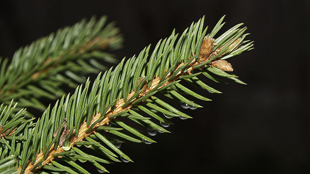 Researchers recently published a draft of the genome for the Norway spruce, a species widely farmed and used as Christmas trees. The genome is the first from a gymnosperm, seed producing plants that include conifers and cycads.

Despite the enormity of its genome—nearly 20 billion base pairs—the Norway spruce has roughly the same number of genes as the widely used plant model organism Arabidopsis thaliana, whose genome is 100 times smaller. The spruce’s large genome may be the result of accumulation of repeat transposable elements, coupled with an inefficient mechanism to eliminate them.

The spruce genome sequence was compared to those of five other gymnosperms, providing new tools for the breeding of the spruce—one of the most ecologically and economically important plants in Europe—as well as other conifers. 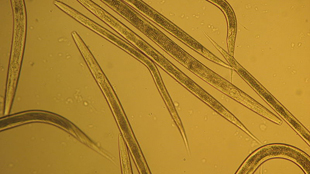 Panagrellus redivivus, a nematode worm, originated more than 500 million years ago, and has since evolved many critical adaptations that allow it to occupy a wide variety of ecological niches such as felt beer hall mats, insect excrement, and rotting fruit. Also known as the “microworm” or the beer-mat worm, P. redivius has been used in soil toxicity studies and as a model organism to study human bacterial infection.

P. redivius is only the second free-living, or nonparasitic, worm to have its genome sequenced. The first was its distant cousin, Caenorhabditis elegans, which was also the first multicellular organism to be sequenced. Both worms occupy similar acidic, nutrient-rich environments. But P. redivius contains a unique collection of genes that have evolved to protect the worm against viruses and other pathogens. Another critical difference between the two worms is their mode of reproduction. P. redivius is gonochoristic, meaning males and females of the species mate to reproduce, whereas C. elegans is hermaphroditic. Researchers hope that comparing the genomes of these two worms will reveal differences between the sexes and the processes that each uses to seek mates.

J. Srinivasan et al., “The draft genome and transcriptome of Panagrellus redivivus are shaped by the harsh demands of a free-living lifestyle,” Genetics, 193:1279-95, 2013.