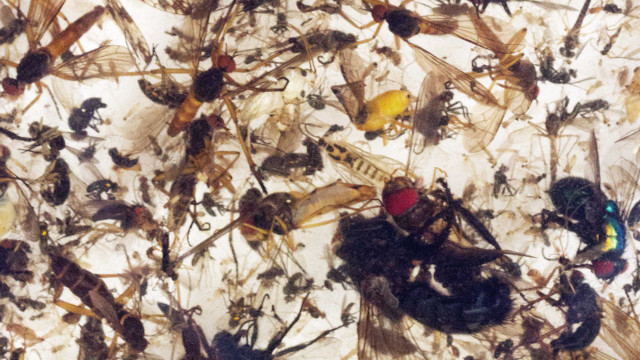 Insects within alcohol Malaise trapENTOMOLOGICAL SOCIETY KREFELD Sampling from 63 protected nature areas throughout Germany, researchers have found a drop in flying insect mass by about 76 percent over 27 years. The results, published today (October 18) in PLOS ONE, are drastic, but are consistent with prior studies of butterflies, wild bees, and other surveys of specific insect species.

“The amount of decline, about 75 percent, is way too much to be attributed to just one or a few species such as bees or butterflies,” says plant ecologist and study author Hans de Kroon of Radboud University in the Netherlands. “These results are not from agricultural areas but natural preserves that are well-maintained and meant to protect biodiversity. We are seeing insects slipping out of our hands.”

De Kroon, along with Caspar Hallmann and others from Radboud University, paired up with colleagues from Entomological Society Krefeld in...

The researchers in Krefeld placed Malaise traps—mesh tents that direct flying insects toward a chamber with collection bottles filled with alcohol—within 63 nature sites between 1989 and 2016. They sampled through spring, summer, and fall, randomly and judiciously placing traps so as not to contribute to the decrease in insects. Thirty-seven of the locations were only sampled once, and 26 locations at least twice, with many years in between.

After about two decades, they started to see a drastic decrease in insects of about 80 percent, so the researchers began to re-sample from certain locations to make sure that the results weren’t just due to bad luck, says Hallmann.

But the trend continued. And after 27 years, in mid-summer, the decline was 82 percent. 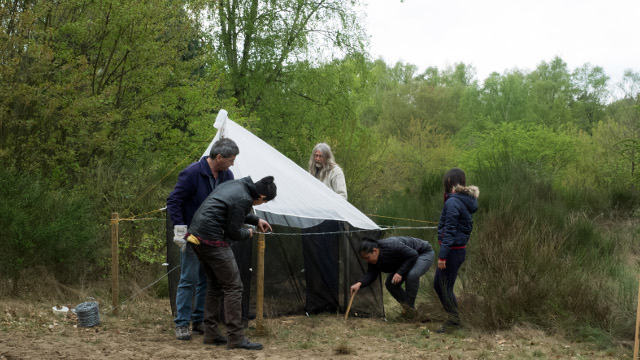 “This is one of the most exciting papers I have read in a while,” writes Joe Nocera, an assistant professor who studies population ecology at the University of New Brunswick in Canada, in an email to The Scientist. “There is a huge paucity of data on historical patterns of insect populations and work on ecological phenomena that depend upon insects has long suffered due to this gap in our knowledge. And here, with this paper, is one major first step in correcting this.”

The authors also sampled weather and temperature patterns, plant inventories, and the type of preserve— heathland or grassland—but no factor alone could explain the disappearance of flying insects.

“As one of the few studies assessing overall biomass this study is a useful complement to the larger set of studies on specific groups of insects,” writes John Losey, an entomologist at Cornell University in New York, in an email to The Scientist. “The scope of this data is very impressive across time, space, and range of habitats.”

These results are not from agricultural areas but natural preserves that are well-maintained and meant to protect biodiversity. We are seeing insects slipping out of our hands. —Hans de Kroon,
Radboud University

Christian Krupke, an entomologist at Purdue University, agrees. “This is a unique, robust dataset that is the most comprehensive measure of insect biomass that I’ve seen.”

The researchers have shown that climate change cannot explain the results. It is likely that the trend is the result of many factors, including pesticide use, environmental damage, and human uses of land. “Many of these preserves are islands surrounded by farmland, which may act as a sink for insects, resulting in a steady flow out from these lands,” says study author and ecologist Dave Goulson of the University of Sussex in the U.K.

“This analysis is a good first cut of the data and I suspect, with further analyses, [the authors] can understand which of the species are decreasing because most certainly, it is not a 76-percent decrease of all of the species,” says Krupke.

The team is working on just such an analysis. “Now, we want to dig deeper into particular groups of species, if not all of them, that are affected and what the consequences are for pollination, nutrient cycling, and species such as birds that rely on insects for food,” says de Kroon.

For Nocera, one follow up study would be to assess the trend in forests and wetland areas, which are among the most productive areas for insect populations.

“The remarkable and alarming aspect of this long-term study is the magnitude of the decline,” notes Losey. “Most previous studies have reported biomass declines of less than 50 percent which is disconcerting. But the 75 percent decline reported here sends a clear call for immediate action.”