Researchers have cloned transgenic pigs that produce high levels of omega-3 polyunsaturated fatty acids - essential fatty acids found in fish oil that have been linked to potential human health benefits. According to the advanced online report in Nature Biotechnology, pork from these pigs could provide an alternative dietary source of omega-3 fatty acids."It is a significant advancement for cloning technology application, [with potential for] improving pork meat quality for human consumption," according to Xiangzhong Yang of the University of Connecticut, who was not involved in the study.Like humans, most livestock animals eat plenty of omega-6 fatty acids but lack an enzyme that converts these to omega-3s, said Yifan Dai of the University of Pittsburgh Medical Center, senior author of the new study. In a 2004 paper, Jing X. Kang of Harvard Medical School and colleagues inserted the C. elegans enzyme fat-1, which converts omega-6 to omega-3 fatty acids, into mice. These transgenic mice produced high levels of omega-3 fatty acids in their tissues.To see if this method could work in an agricultural animal, scientists led by Kang and Liangxue Lai of the University of Missouri-Columbia transfected a humanized version of fat-1 into porcine fetal fibroblast cells. They then used these cells to clone transgenic pigs by nuclear transfer. Out of 1,633 embryos transferred into female pigs, ten live male piglets were born, six of which contained the fat-1 transgene. Three of the six transgenic pigs showed high levels of omega-3 fatty acids and low levels of omega-6 fatty acids in tissue taken from their umbilical cords, tails, and ears. The three transgenic pigs that failed to show altered fatty acid profiles were likely cloned from cell colonies in which the fat-1 gene had integrated at sites that led to low expression, Dai said. Two transgenic pigs and one wild-type pig subsequently developed symptoms of heart failure and had to be euthanized when they were three weeks old. This health problem is probably related to aberrant epigenetic reprogramming during cloning - and not to a transgene defect - since one of the affected pigs was wild-type, Dai said. "If you re-clone it, and if the reprogramming is right, you will not see such defects," Dai said.The researchers cloned eight additional male piglets from the fibroblasts of one of the transgenic pigs, and all of these animals were positive for the transgene and were apparently healthy at three weeks of age. Tail samples taken from these animals showed three-fold higher levels of omega-3 fatty acids and a five-fold reduction in the omega-6/omega-3 ratio when compared with eight wild-type control pigs.The researchers also collected all major tissues from the three pigs that were euthanized and found significantly lower omega-6/omega-3 ratios in all transgenic tissues. Omega-3 fatty acids made up about 8 percent of muscle fat in the transgenic pigs, compared to 1-2 percent in wild-type pigs."Looking at the health of these animals is going to be really important," said Alison Van Eenennaam of the University of California, Davis, who was not involved in the study. Cloning defects will not be an issue, because cloned animals "can now be used to reproduce in the normal, old-fashioned way," Van Eenennaam told The Scientist. But it's still unknown if "there'll be other issues associated with having high levels of omega-3s," she said.Diets rich in omega-6 fatty acids but poor in long-chain omega-3 fatty acids have been connected with heart, autoimmune, and neuropsychiatric disease, but two recent analyses have suggested that high levels of omega-3s may not always improve human health. A meta-analysis published last week in the British Medical Journal found no clear evidence that omega-3 fatty acids protect against cardiovascular disease or cancer. However, the authors acknowledged that their results were skewed by one large study that found no benefits of omega-3 fats. Without that study, their results fit with an earlier meta-analysis that showed that omega-3s can lower risk of death. Another recent review in the Journal of the American Medical Association found no clear anti-cancer benefits from omega-3 fatty acids. Whether fat-1 pigs could ever offer an alternative to oily fish for consumers is a "difficult question," Van Eenennaam said. "What is going to be potentially problematic is getting through the regulatory process and then, of course, if we were to go all the way, consumer acceptance."Melissa Lee Phillips mphillips@the-scientist.comLinks within this articleS. Pincock, "Omega-3s sans fish," The Scientist, February 1, 2006. http://www.the-scientist.com/article/display/23080/J.N. Din, D.E. Newby, A.D. Flapan, "Omega 3 fatty acids and cardiovascular disease - fishing for a natural treatment," BMJ 2004;328:30-35. PM_ID: 14703544L. Lai et al., "Generation of cloned transgenic pigs rich in omega-3 fatty acids," Nature Biotechnology, published online March 26, 2006. http://www.nature.com/nbt/index.htmlXiangzhong Yang http://www.canr.uconn.edu/ansci/faculty/jxy.htmYifan Dai http://stiresearch.health.pitt.edu/personnelDetail.asp?pid=1414&id=603&ptype=2&pnavcat=2J. X. Kang et al., "Transgenic mice: fat-1 mice convert n-6 to n-3 fatty acids. Nature, February 5, 2004. PM_ID: 14765186Jing X. Kang http://www.mgh.harvard.edu/cvrc/crvc/kang.htmlC. Holding, "Joining the dots," The Scientist, July 3, 2003. http://www.the-scientist.com/article/display/21427/Alison Van Eenennaam http://animalscience.ucdavis.edu/faculty/VanEenennaam/default.htmL. Hooper et al., "Risks and benefits of omega 3 fats for mortality, cardiovascular disease, and cancer: systematic review," BMJ, published online March 24, 2006. http://bmj.bmjjournals.com/cgi/rapidpdf/bmj.38755.366331.2Fv1.pdfM. L. Burr et al., "Lack of benefit of dietary advice to men with angina: results of a controlled trial," European Journal of Clinical Nutrition, February 2003. PM_ID: 12571649H. C. Bucher et al., "N-3 polyunsaturated fatty acids in coronary heart disease: a meta-analysis of randomized controlled trials," American Journal of Medicine, March 2002. PM_ID: 11893369C. H. MacLean et al., "Effects of omega-3 fatty acids on cancer risk: a systematic review," JAMA, January 25, 2006. PM_ID: 16434631
Related Articles 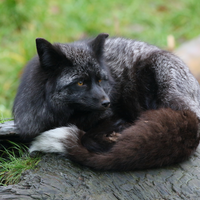