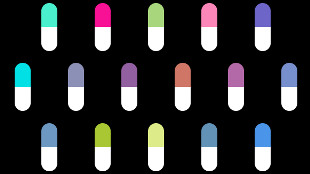 FLICKR, ROBSON#Employing a treatment framework in which clinicians administer different drugs in strategic succession could both treat bacterial infections and select against the development of resistance, Technical University of Denmark’s Lejla Imamovic and Morten Sommer argue today (September 25) in Science Translational Medicine. This new framework, which the researchers call collateral sensitivity cycling, could also help curb unnecessary antibiotic use, which is known to contribute to the emergence of drug-resistant superbugs.

The idea of alternating antibiotics to both beat bacterial infections and outsmart pathogens on the path to acquiring resistance has circulated in the minds of microbiologists for decades, but clinical data to date have been unconvincing.

“Cycling—or rotating antibiotics—has been a hope for a number of years,” said Robert Weinstein of Rush University in Chicago, who was not involved in the work. The hope is to effectively “confuse the bacteria by changing the class of antibiotics...

“The thought behind traditional drug cycling is that if you alternate between drugs, you alternate between selection pressures, so if you don’t have the selection pressure for resistance, then resistance will disappear,” Sommer told The Scientist. “That is true in some cases,” he said, though in others, “the fitness cost of maintaining resistance to drugs can be very low in the absence of drug selection.” And that could be part of the reason for mixed clinical results, Sommer said. “This type of traditional drug cycling has at times been shown to be advantageous, and other times shown to have no effect at all.”

For the present study, Imamovic and Sommer analyzed both wild-type Escherichia coli and strains evolved in the laboratory to be resistant to 23 commonly used antibiotics. They performed dose-response experiments to determine the susceptibility of each isolate to a variety of compounds. The researchers then treated those strains with pairs of drugs in a cyclical fashion, such that as the bacteria began to develop resistance to drug A—as measured by the amount of drug it took to inhibit bacterial growth—the team quickly switched to drug B. Later, as the bacteria began to develop resistance to drug B, the researchers applied drug A once more. The work identified several such sets of antibiotics for which such cycling successfully killed the bacteria without allowing resistance to take hold.

Interestingly, the researchers found that drugs belonging to a specific class do not always induce the same effects among the bacteria. As such, the researchers noted that the specific drugs E. coli is exposed to may play a role in determining its sensitivity profile.

The study “is an in-depth analysis of resistance linkages and susceptibilities,” said Weinstein. “It’s an important topic because . . . development of antimicrobial drugs is expensive and time-consuming, and there aren’t very many in the pipeline, so other ways to control resistance are very important.”

Still, even if cycling were to improve treatment outcomes, some scientists wonder whether switching up antibiotics can actually help stave off drug resistance in the clinic, or if doing so might contribute to a bigger problem.

“If the cycling results in an overall reduction in antibiotic usage, resistance rates can go down,” Brad Spellberg, who investigates infectious diseases and drug-resistant pathogens at LA BioMed in Torrance, California, told The Scientist in an e-mail. “But if the cycling results in a reduction in usage of a specific antibiotic as it is replaced by another antibiotic, all that is achieved is replacement of resistance for one drug with another.” Plus, he added, “as soon as the drug that is stopped cycles back on, the resistance comes right back,” as evidenced by previous clinical data.

Spellburg is not convinced that in vitro test results are enough to support clinical use of collateral sensitivity cycling at this point. Sommer, too, noted that extensive validation studies are needed. “We want to find out how we can test this in a setting that is more clinically relevant.”

Sommer added that coming to understand the mechanisms that govern collateral sensitivity will be key. It’s important, he said, to figure out what makes certain bacteria highly sensitive to some drugs while particularly resistant to others.

“Some would say that instead of cycling, maybe we should use [fewer] drugs,” said Weinstein. When it comes to the evolution of drug resistance, he added, “the practical implication may be that the bugs are smarter than we are.”

Correction: This article has been updated to reflect the correct spelling of Brad Spellberg's surname. TS regrets the error.