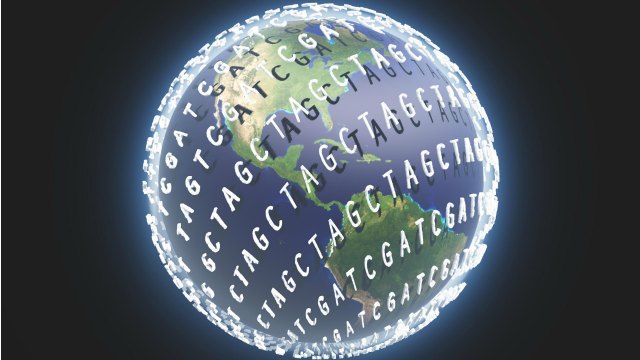 ISTOCK, BESTDESIGNSDNA methylation—changes to the activity of a DNA segment without changing the sequence—may be a rich source of raw material for natural selection, say the authors of a new study that analyzed DNA methylation, genotype, and gene expression data from five diverse human populations. They found that population-wide epigenetic changes happen much faster than changes in the DNA sequence.

The result, published August 28 in Nature Ecology & Evolution, may offer insight into how human populations respond to environmental pressures via epigenetic responses.

The epigenome is at the interface between the genome and the environment, so studying it offers clues about different ways in which human populations respond to their surroundings, says Lluis Quintana-Murci, a human evolutionary geneticist at the Pasteur Institute in Paris who was not involved in the study. One way to adapt is through DNA sequence variation, which can be the substrate...

Research on global patterns of epigenetic diversity can be challenging to conduct, study coauthor Hunter Fraser, a geneticist at Stanford University, explains by email. For example, although scientists know that epigenetic variation plays a key role in regulating transcription, they still do not know which specific regions of the genome are involved for any given gene, and they don’t know the consequences of altering epigenetic marks such as DNA methylation, he says.

The team wanted to determine how epigenetic diversity relates to patterns of variation in DNA and gene expression at a global scale. So Fraser and colleagues looked at genetic and epigenetic data, specifically, DNA methylation at CpG sites—regions of DNA where a cytosine nucleotide occurs next to a guanine—from individuals representing five populations: six Siberian Yakuts, seven Cambodians, seven Pakistani Pathans, seven Algerian Mozabites, and seven Mexican Mayans. These are highly distinct groups, which helped the team associate epigenetic patterns to genetic and transcriptional profiles, says Holger Heyn of the Centre Nacional d'Anàlisi Genòmica in Barcelona who was not part of the research.

Because the DNA methylation variation appears to be under genetic control, it could greatly affect human adaptability. Fraser notes, however, that the consequences of methylation still aren’t clear. “It is likely that most of the variation we measured is not having any important impact, so the challenge is to figure out which genomic regions are important and how their DNA methylation impacts human traits,” he says.

To answer that question and others about epigenetic diversity, researchers will need to better understand how populations with shared environments yet different genetic backgrounds behave in terms of DNA methylation variation. They will also need to examine populations with similar genetic backgrounds but exposed to very different environments, Quintana-Murci says, adding that there’s “lots of work to be done.” As Heyn points out, “we still do not fully understand the mechanisms that drive epigenetic variation in populations.”