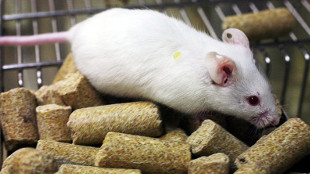 WIKIMEDIA, RAMAThe mammalian gut microbiome is involved in controlling the circadian rhythm of its host, according to a mouse study published today (April 16) in Cell Host & Microbe. In both mice and humans, timing of feeding and diet type can impact the bacterial populations of the gut. Now, Eugene Chang of the University of Chicago Medical Center and his colleagues have found that mouse gut microbiota produce metabolites in diurnal patterns, and these can influence the expression of circadian clock genes in the liver.

The results provide additional support for the idea that the gut microbiome is dynamic, said Satchidananda Panda of the Salk Institute for Biological Studies who was not involved in the work. “At night, we go to bed with a bunch of bugs in our stomachs and wake up in the morning with a different set of bugs,” said Panda. “The implications are pretty...

Joseph Takahashi, who studies mammalian circadian rhythm at the University of Texas Southwestern Medical Center but was not involved in the current work, noted in an e-mail that this study is the latest in a string of experiments linking circadian rhythm to the gut microbiome.

The mammalian sleep-wake cycle is known to play a role in metabolism. Rodent studies have shown that such circadian rhythm can be altered by high-fat diets. In humans, perturbed sleep patterns can lead to increased appetite and an increased risk of obesity and diabetes.

Panda and his colleagues recently showed that the gut microbes of mice fed a high-fat diet did not fluctuate diurnally as they did in mice fed control food. Another recent study, led by Weizmann Institute of Science’s Eran Elinav, pointed to similar oscillation of gut bacteria in humans.

“The finding that our microbiome also exhibits diurnal rhythms is interesting since virtually every cell in the body has a circadian clock, and it is therefore likely that a coordinated diurnal change in the microbiome could be complementary to the circadian rhythms in metabolism in peripheral tissues,” Takahashi told The Scientist.

“In the face of high-fat feeding . . . we see a dysbiosis in community structure and function . . . which shifts host metabolism in a negative direction leading to diet-induced obesity,” Leone explained in an e-mail to The Scientist.

“The circadian rhythm of these mice is disrupted at the molecular level, which is very surprising and says that the gut microbiome plays a role in circadian rhythm not only in the peripheral organ, but also in the central nervous system,” said Panda.

Analyzing gut microbe-produced metabolites in the animals’ guts, Leone, Chang, and their colleagues found that beneficial bacteria produced the short-chain fatty acid butyrate at levels that varied diurnally in mice fed a control diet, but not those fed a high-fat diet. Hydrogen sulfide, in contrast, was produced a diurnal pattern in the guts of mice on a high-fat diet, but not in mice fed regular food.

“Our working hypothesis is that gut microbes sense what, when, and how much is eaten, producing metabolic signals that feed into the regulation of circadian networks which control our metabolism,” said Chang. “High-fat, western-type diets alter these microbial signals in a way that disturbs circadian functions to promote obesity.”

“The nice thing here is that the authors show that removal of the [gut] microbiome has an effect on circadian rhythm,” said Panda. “Figuring out why this happens is the next big question.”