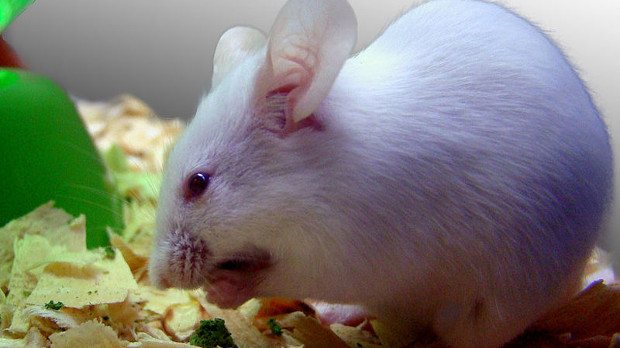 WIKIMEDIA, POGREBNOJ-ALEXANDROFFHumans have coevolved with microbes for thousands of years, but the profiles of the gut microbiome in those living on a Western-style diet and humans living hunter-gatherer or mixed subsistence lifestyles are vastly different. A mouse study, led by microbiologists Justin and Erica Sonnenburg of Stanford University, now suggests that an underlying reason for this variation could be the differing amounts of fiber between the two populations’ diets. The team’s results were published today (January 13) in Nature.

“There’s definitely something going on right now in our Western population that’s progressive in terms of disease. None of that is happening in these traditional populations,” said Justin Sonnenburg. “There are many things that differentiate us, but I think one of the major candidates for what could contribute to that is the massive difference in the gut microbiota.”

To simulate the effects of a low-fiber diet on the gut...

After seven weeks, the low-fiber diet mice switched back to the control diet to offer their gut microbiomes a chance to bounce back. “Quite a bit of [diversity] comes back when that high fiber is reintroduced,” said Justin Sonnenburg. “That indicates that these microbes are there but below the level of detection we have. They’re able to bloom when the dietary fiber is brought back.” But 33 percent of the total species stayed at low or undetectable levels.

The species of microbes that survived throughout the experiment in high abundance, explained the Sonnenburgs, are likely those able to switch their food source to the mucus lining the intestine or to other sources of carbohydrates.

To investigate the impact of the different diets on subsequent generations, the researchers bred mice from the two groups and weaned their pups through four generations while on the respective mouse chows. After weaning, the pups of the low-fiber group were raised on that diet for 10 weeks, during which their bacterial diversity continued to plummet.

Pups from each low-fiber generation were switched to the high-fiber diet in their eleventh week. “By the fourth generation, there was very minimal recovery with the reintroduction of the high-fiber diet,” said Erica Sonnenburg. Of the 208 original bacterial species present in the first generation, 150 initially appeared absent from the fourth and only nine of those recovered with increased fiber.

The researchers determined, however, that it was possible to reintroduce these lost bacterial species with fecal transplants. They fed fourth-generation, low-fiber group mice fecal samples from fourth generation, high-fiber group mice and subsequently gave the transplant recipients a high-fiber diet for two weeks. Within 10 days, 110 of the lost bacterial species were restored.

“Even though it’s in mice, this is a really important study . . . because it’s helping us figure out what has led to the reduced diversity,” said Alyssa Crittenden, a nutritional anthropologist at the University of Nevada, Las Vegas. “It’s using a different line of evidence to figure out why the Western microbiota are dysbiotic.” Now, Crittenden added, “we have more information about the generational effects of a diet low in dietary fiber.”

Microbiologist Peter Turnbaugh of the University of California, San Francisco, cautioned against extrapolating from the results, however. “It’s definitely valuable to show that there are these longer term effects. The question moving forward is whether it’s relevant to humans,” he said. “I would be concerned that people will take this too far and think that our microbiome is going extinct and that there should be a call to action—and that could be true, but we definitely need more experiments in humans.”