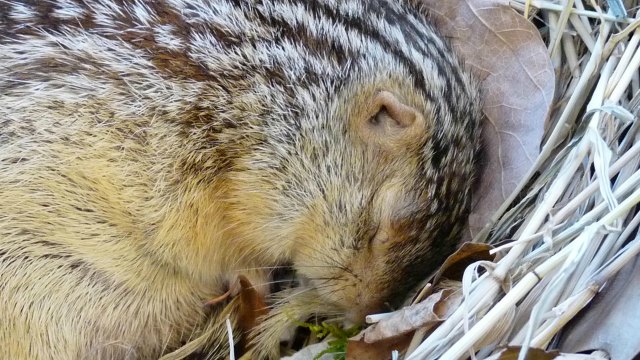 Thirteen-lined ground squirrelCOURTESY OF THE GRACHEVA LABFor animals to hibernate, they must somehow avoid typical responses to cold temperatures, such as shivering and moving to warm up. According to a study published today (December 19) in Cell Reports, two hibernating mammals, Syrian hamsters (Mesocricetus auratus) and thirteen-lined ground squirrels (Ictidomys tridecemlineatus), have evolved changes in a cold-activated ion channel that makes it—and thus the rodents—less sensitive to cold than its counterpart in mice and rats, which do not hibernate.

This study “goes a long way to explain how [animals] can accommodate living in extremes,” says Mark Hoon, a neuroscientist at the National Institutes of Health who was not involved in the work. “They’ve basically switched off noxious responses to the cold that most mammals have.”

Syrian hamsters are native to northern Syria and thirteen-lined ground squirrels to Wisconsin, both chilly climates....

Gracheva and colleagues tested the animals’ temperature preference by putting them in an arena where the floor was made of two temperature-controlled plates, one warm and one cooler. While mice always showed a strong preference for the warm plate, the hamsters and ground squirrels only preferred the warm plate when the second plate got close to freezing.

Previous work had shown that mice without the cold-sensitive ion channel TRPM8 in their neurons behave similarly to the hibernators, so the researchers introduced the rat, hamster, and ground squirrel channels into Xenopus oocytes to test their responses to a specific chemical agonist and to cold. Rat TRPM8, which is similar to the mouse channel, was sensitive to both the agonist and cold temperatures. But while the TRPM8 channels of hamsters and ground squirrels responded to the chemical, they were much less sensitive than the rat channel to temperatures between 10 and 25 degrees Celsius.

The authors then compared the sequences of the rat and ground squirrel TRPM8 channels, and identified six amino acids in its transmembrane domain responsible for the squirrels’ cold tolerance. When they modified the rat channel with the squirrel amino acids, rat TRPM8 became less cold-sensitive. And the reverse was also true: when the research team replaced the squirrel amino acids with those from the rat channel, ground squirrel TRPM8 became more sensitive to cold. They found that the hamster TRPM8 transmembrane domain also conferred cold tolerance.

“Hamsters and squirrels modified the same region of the channel—its transmembrane domain— but they modified different amino acids” in order to become cold tolerant, explains Gracheva. 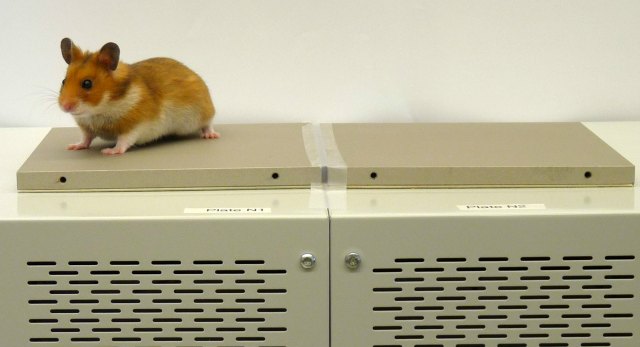 “It was very striking that these other species could have such a significant difference in their ability to sense cold,” says David McKemy, a neuroscientist at the University of Southern California who did not participate in the work. He adds that future studies focused on how the amino-acid changes translate to structural differences in cold-sensitive and cold-tolerant TRPM8 orthologs may shed light on how structure informs function in these channels.

“The ability to sense temperature and mechanical sensation and pain is an important aspect of the sense of touch,” he explains, so another open question is “how they handle normal cold acuity when they’re active versus when they’re hibernating.”