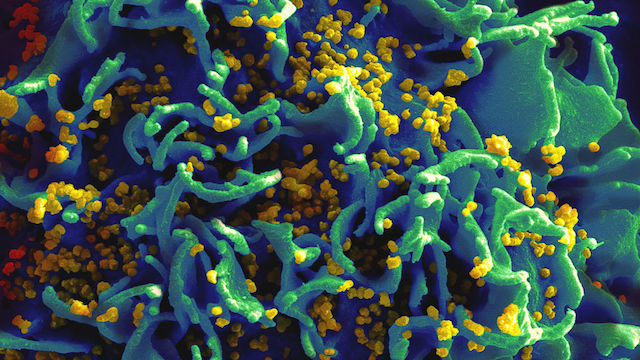 The first reports of the disease that would later be known as HIV/AIDS came in 1981, when AIDS-related conditions were already on the rise, particularly among gay men. HIV can linger in the body for a decade or longer before the onset of AIDS, so experts have conjectured that the virus arrived in the country years before it was recognized. But precisely when and where has been a matter of contentious debate. Almost all US samples of the virus come from after 1981, which has stymied direct study of the earliest cases of person to person viral transmission.

In a paper published today (October 26) in Nature, a team of scientists presents eight complete genomes of the HIV virus from blood samples taken in 1978 and 1979, making it the first comprehensive genomic study of pre-1981 HIV in North America. Using molecular clocks and phylogenetic analysis,...

One of the blood samples came from the man widely identified as “Patient Zero” of the AIDS epidemic, Gaëtan Dugas. The virus recovered from his blood falls in the middle of the US HIV evolutionary tree, not at the base, clearing him as the culprit of initial HIV transmission in the U.S.

The researchers also noted, as one of the study coauthors previously reported, that US Centers for Disease Control and Prevention (CDC) investigators originally referred to Dugas as “Patient O” to indicate he resided “Outside of California,” never intending to identify him as the first case of HIV infection in the country. But this label was misinterpreted during the preparation of a manuscript, and as a result of a typographical error, Dugas entered the scientific literature as “Patient 0.”

“What we’ve done here is gone back in time and looked at archival samples,” study coauthor Michael Worobey of the University of Arizona told reporters during a press briefing this week (October 25). The samples, he explained, came from studies of hepatitis B virus among gay men in New York City and San Francisco. The team screened thousands of preserved samples before selecting 53 with which to attempt recovery of the HIV genome.

“Even though the samples come from the late 1970s, an early time point long before anyone noticed AIDS, [they] contain a large amount of genetic diversity—so much genetic diversity that they could not have arisen from the late 1970s,” said Worobey. “It’s direct evidence of many years of circulation of the virus in the United States before HIV and AIDS were finally recognized.”

He added that “old samples like this, serum samples, are notoriously difficult to recover virus genetic material from,” as viral RNA degrades over time.

To extract genomes of the HIV strain responsible for the North America outbreak (HIV-1 group M subtype B), Worobey and colleagues developed what they call an RNA “jackhammering” technique. The approach involves amplifying short fragments of RNA in multiple pools using panels of many different primers, so that the partial genomes created in each pool overlap with one another. Together, these short fragments across separate pools fill in the full genome.

“The technical approach is really a tour de force,” said Steven Wolinsky, an HIV researcher at Northwestern University Feinberg School of Medicine in Evanston, Illinois, who was not involved in the study. “The data are robust and the analyses are just striking.”

By comparing the eight recovered genomes with those of reference HIV genomes, the researchers were able to construct an evolutionary tree of subtype B. HIV genomes from patients in San Francisco are nested in the tree as descendants of the viruses found in patients from New York City. In addition, the New York City strain is more genetically diverse than the San Francisco one, indicating that the former variant is likely older. Subtype B genomes from Haiti were the most diverse of all, the researchers found, and are likely ancestors to US strains. Molecular clocks date the arrival of HIV in Haiti from Africa, where the virus originated, to the 1960s.

Earlier studies identified HIV in blood samples from the late 70s and had produced partial genomes from those samples, noted Eric Delwart, an investigator at the San Francisco–based Blood Systems Research Institute who published one such study. But previous analyses relied on PCR techniques, he explained, hindering accurate dating of viral introductions or rigorous phylogenetic comparison. Additionally, disputes previously arose over whether HIV traveled to the U.S. from Haiti, or vice versa.

Historians and scientists have long dismissed the characterization of Dugas as the source of HIV’s spread in North America, said study coauthor Richard McKay, a historian at the University of Cambridge, U.K. But when HIV was first recognized, investigators had limited knowledge of the virus, and some media coverage steered public understanding of the epidemic without sound scientific backing, McKay said.

Dugas, a Canadian flight attendant, was part of an early CDC study that showed HIV could be transmitted through sexual contact. He provided the names of a greater proportion of his previous sexual partners than others involved in the study, and was therefore central to the transmission network analysis. McKay pointed out that the study was never intended to trace the origins of the epidemic. However, singling out the actions of one person provided an enticing narrative in media accounts, most notably Randy Shilts’s And the Band Played On.

“It seems to be a recurrent formula, when reporting on epidemics, to track down the patient zero, scrutinize their actions, and sniff around for immoral deeds,” McKay said. “There’s a tendency to place blame.”

Additionally, given that blame and harmful stereotypes were frequently attributed to Haitians for their perceived role in spreading HIV, Worobey stressed during the press briefing that “tracing the origin of an epidemic is not the same as placing blame. . . . No one should be blamed for the spread of a virus that nobody even know about.”

The precise point of transmission from Haiti to New York City remains “an open question,” Worobey added. “It could have been a person of any nationality.”