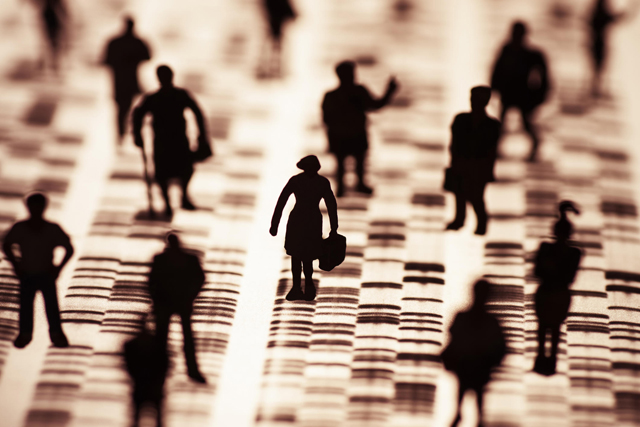 ISTOCK, SUSANNEBGaining and losing weight causes extensive changes in the gut microbiota and in biomarkers related to inflammation and heart disease, researchers report today (January 17) in Cell Systems. The authors tracked what they call “personal omics profiles,” composed of the genomics, transcriptomics, proteomics, metabolomics, and microbiomics, of people who ate an average of 880 extra calories every day for a month.

“It’s a landmark paper,” says Leroy Hood, chief strategic officer at the Institute for Systems Biology, a Seattle biomedical nonprofit organization, and senior vice president and chief science officer at Providence St. Joseph Health. He was not involved in this study, but he has previously led long-term omics-based projects to track wellness in people. Using this type of data “to study aspects of disease is going to be a transformational approach in medicine, and this is one of the first beautiful, clear demonstrations of...

In the study, the researchers monitored subjects’ omics profiles as they added extra snacks and beverages to their regular diets. “We were fortunate we got 23 people who would eat extra calories—typically 1,000 if you’re male, 750 if you’re female—[every] day for 30 days,” coauthor Michael Snyder, a geneticist at Stanford University, tells The Scientist. “They’re just a very interested bunch of folks. They have to be to show this kind of dedication to giving samples,” he says.

Snyder’s team collected blood and stool samples before and after the 30 days of eating extra calories, as well as after participants returned to their starting weight, about 60 days after dropping the extra calories, and then three months after that. Of the 23 participants, 13 were insulin resistant and 10 were insulin sensitive at the beginning of the study. Comparisons of baseline profiles showed differences in metabolism, transcript and protein levels, and the microbiota of insulin resistant and insulin sensitive people.

We were fortunate we got 23 people who would eat extra calories—typically 1,000 if you’re male, 750 if you’re female—[every] day for 30 days. . . . They’re just a very interested bunch of folks.—Michael Snyder,
Stanford University

Although subjects only gained an average of about six pounds, the researchers detected considerable changes in molecules related to fat metabolism, inflammation, and dilated cardiomyopathy, a condition where the heart is less able to pump blood, which can lead to heart failure. The team also found differences in the gut microbiota after weight gain. Many of the shifts the scientists observed were less pronounced in the insulin-resistant individuals. For instance, one bacterial species—Akkermansia muciniphila, which is thought to help protect against the development of insulin resistance after weight gain—only appeared in the insulin-sensitive participants.

“There is a molecular difference in the way [insulin] resistant and sensitive folks react to gaining weight, and we think it reflects differences in their underlying biochemistry,” Snyder says.

Most of the changes went back to baseline after weight loss, but a few—such as molecules associated with folate metabolism—stayed elevated. And while the researchers saw some common responses to weight gain and loss across the group, “you still look more like you than somebody else,” Snyder explains. “That means that our inherent biochemical profiles are pretty stable, at least through weight gain [and] weight loss.”

Jennifer Stearns, a microbial ecologist at McMaster University in Hamilton, Ontario, Canada, says the real value of the work is in the open access to the data for the research community because much of the data can be used by everyone else. Stearns, who did not participate in the new project, adds, “In studies where we look to see how microbes could be impacting weight gain . . . it’s often difficult to say which microbes are important.” This type of longitudinal analysis could help determine whether microbes are contributing to weight gain or just reacting to it, she says.

Two clinical trials that Hood is involved in are already using data like these gathered from Alzheimer’s patients to test different therapeutics and assess their effectiveness. But in terms of eventually bringing these analyses into the clinic on a large scale, “the major shortcoming for all of us is the expense of doing all of these assays,” he says. For Hood’s work, generating personalized data along these lines costs upwards of $5,000 per person per year.

Another challenge will be interpreting the data in a way that will be understood and digested by physicians. “I think clinical academia really is skeptical about these N of 1 experiments, but in the future they’re going to become central factors,” Hood says. “Each individual has to be viewed in the context of what they are by virtue of their genetics and their lifestyle and environmental exposures.”