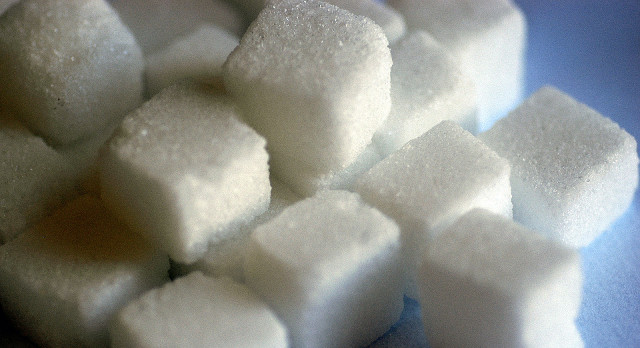 WIKIMEDIA, COSTAPPPRDopamine surges in the brain associated with eating sugary food are diminished in mice after surgery that bypasses their duodenums, according to a paper published today (November 19) in Cell Metabolism. The work provides a possible mechanism to explain the suppression of sweet cravings experienced by many bariatric surgery patients.

“The value of this paper, for me, is that it reveals more mechanistic insights into how the postprandial processing of calories by the gut can serve to activate brain reward systems involved in the formation of new preferences and habits,” said pharmacologist and neurobiologist Paul Kenny of Mount Sinai Hospital in New York who was not involved in the work.

It has long been appreciated that gastric bypass surgeries do more than simply physically limit the amount of food that can be ingested and absorbed by the patient. The procedures can also induce metabolic changes, such as...

While the metabolic changes associated with bariatric surgery have been well documented in humans and animal models, “in terms of behavioral changes, the understanding is very limited,” said Ivan Araujo, an associate professor of psychiatry at the Yale School of Medicine, who led the research.

Araujo and his colleagues focused specifically on how bypass surgery diminishes sugar cravings—a common appetite change in post-surgery patients. But to do so, the researchers first had to get mice hooked on sugar. They gave mice infusions of glucose directly into their stomachs each time the animals licked a spout containing the non-calorific sweetener sucralose. In control animals, licking the sucralose spout resulted in sucralose infusions. By filling the test and control animals’ stomachs directly, the scientists could focus on the gut-mediated influences on appetite. At the end of the two-week training session, mice that were given glucose infusions had developed significantly stronger sweet cravings than the sucralose-infused mice—shown by the test animals’ greater desires for sucralose licks even after being given a full belly-load of glucose.

Next, the team performed bariatric surgeries—specifically, duodenal-jejunal bypasses (DJB)—on the glucose-hooked mice. This type of procedure is a “simpler surgery” than other gastrointestinal rerouting procedures and, although not common, is sometimes given to people with diabetes, explained Araujo. The team found that, just as had been documented in humans, the surgery all but eliminated the animals’ sugar cravings.

It became clear that the surgery had not only altered the animals’ guts: their brains had changed too. Glucose infusions into the stomachs of animals that had not undergone surgery produced a surge of dopamine in their dorsal striata—part of the brain’s reward system—but this dopamine surge was dramatically reduced in the DJB mice.

The researchers went on to show that by artificially stimulating the dopamine-sensitive neurons in the dorsal striatum, they could re-establish the sugar cravings in the DJB mice.

Scientists have yet to understand exactly how signals from the duodenum reach the brain and regulate food cravings. But figuring out the factors involved could provide “lots of interesting therapeutic implications,” said Kenny. Indeed, pinpointing the duodenal mechanisms could lead to less-invasive bariatric surgeries said Araujo, or even replace them with pharmacological alternatives.