Green fluorescently-tagged nanospheres flow through a lymph vessel from an unstressed mouse (top) and a mouse that has been administered the stress hormone norepinephrine (bottom). Scale bar: 20 μmNATURE COMMUNICATIONS, LE ET AL.

Stress is implicated in increased tumor progression risk and poor survival in cancer patients. A number of recent studies have linked these effects to the promotion of tumor cell dissemination through the bloodstream via stress-induced pathways. Now, a mouse study led by researchers in Australia has revealed the mechanisms by which stress modulates cancer’s spread through another transport network open to tumor cells—the lymphatic system. The findings were published today (March 1) in Nature Communications.

“Stress not only affects your well-being, but it also affects your biology,” said study coauthor Erica Sloan, a cancer researcher at Monash University in Melbourne. “Our study particularly highlights the early steps of tumor cell dissemination into the lymphatic system.”

“This is an excellent contribution,” said Kari Alitalo, a professor of translational cancer biology at the University of Helsinki, Finland, who was not involved in the study. “It’s certainly a very refreshing, novel aspect of biology that they explore in this paper.”

Chronic stress, mediated partly through the sympathetic nervous system, has been associated in cancer patients with a number of physiological changes that promote metastasis (the spread of cancer), including the promotion of blood vessel formation and the recruitment of inflammatory cells like macrophages.

To investigate whether stress could also induce changes in lymph vasculature, the researchers subjected various types of mammary tumor–bearing mice—including strains genetically engineered to develop tumors spontaneously, as well as animals given tumor transplants—to a paradigm designed to induce chronic stress: confinement in a tight space. Comparing stressed mice to controls that bore the same cancerous tumors but had been kept in normal cage conditions, the researchers found no difference in primary tumor growth, but significant differences in lymph vasculature architecture and the frequency of metastases.

“We found that stress helps to build new lymphatic freeways out of the tumor [and] modulates how quickly lymph flows through lymph vessels,” said Sloan, adding that “stress increases the speed limit on these little lymphatic highways and helps cells transit more quickly out of the tumor.”

Since tumor cell dissemination is a key step in cancer metastasis, the team wanted to test whether dissemination through the lymphatic system could be reduced by blocking stress signaling pathways. The researchers turned to beta-blockers—cheap, widely available drugs commonly used to treat hypertension—which inhibit signaling of norepinephrine (or noadrenaline), a stress hormone already implicated in cancer progression risk.

Administering beta-blockers to tumor-bearing mice, the researchers were able to minimize changes in the density of lymph vessels at the primary tumor site, and subsequently reduce metastasis to the lymph nodes. By contrast, artificially stimulating norepinephrine receptors increased both lymph vessel density and metastasis. Through a series of further experiments, the team demonstrated important roles for macrophages involved in inflammatory signaling and a set of tumor-secreted vascular endothelial growth factors (VEGFs) in the regulation of lymph vasculature remodeling and tumor cell dissemination.

“It’s an important step in understanding how stress pathways can influence metastasis,” said Anil Sood, a professor of translational research at MD Anderson Cancer Center in Houston, Texas, who was not involved in the research. “It really helps us to understand the possible mechanisms by which sympathetic nervous system pathways can affect how lymphatics may be remodeled.”

The study also included an analysis of observational data from a cohort of nearly 1,000 breast cancer patients in Milan, which corroborate the team’s findings in mice: patients taking beta-blockers showed a significantly lower incidence of lymph node and distant metastases, even once potentially confounding factors such as age and treatment type had been taken into account.

But Alitalo cautioned against drawing strong conclusions from these data. “Stress biology is complex,” he said. “In laboratory conditions with mice, it’s easier to define and measure stress. In real life, these things fluctuate a lot, especially in cancer patients.” He added that beta-blockers show “no specificity to the lymphatic system, so [their] effects as such could be transduced via a variety of pathways.”

Sloan and colleagues are now working to further resolve the molecular mechanisms involved in stress-induced remodeling of the tumor microenvironment in mice, and are investigating potential interactions between beta-blockers and standard cancer treatments, with a view to using the drugs to tackle stress-related metastasis risk in the clinic.

“This is something that, when we treat cancer, we should be considering,” Sloan said. “By actually addressing stress in the patient, we’re giving our cancer therapies a better chance to work.” 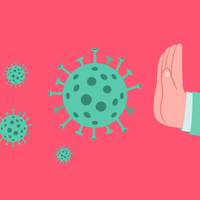