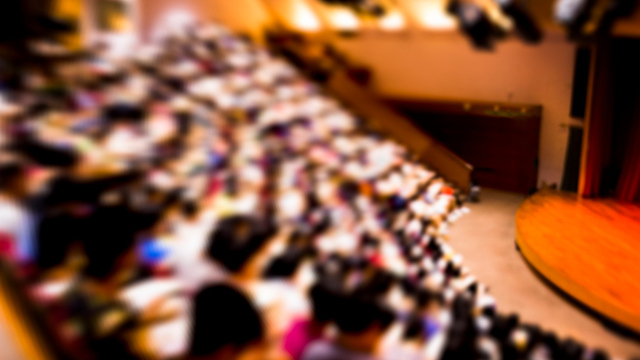 ISTOCK, USCHOOLSEarlier this month at a genomics meeting at the Cold Spring Harbor Laboratory in New York, all of the attendees gathered in Grace Auditorium, where a large painted portrait of James Watson hangs, for the keynote session. Afterward, they held a brief celebration for Watson himself on the occasion of his 90th birthday. Eric Lander, the director of the Broad Institute of MIT and Harvard, with a glass of champagne in hand, toasted the famed geneticist, saying, he has “inspired all of us to push the frontiers of science to benefit humankind.” The audience clapped.

Tucked discretely within Lander’s toast was a little caveat about the man they were all cheering for: “flawed,” Lander called Watson. It was a cryptic acknowledgement of Watson’s racist and sexist public statements, some made even recently. But for many in the scientific community who watched from the sidelines of social...

The science jerks and bigots should be shunned—no matter if they have a Nobel Prize.

Among the first to respond on Twitter with a scathing criticism of the celebration was Caltech’s Lior Pachter. “That people are willing to celebrate this individual in public was a moment of truth for me of what things actually look like in our community,” he tells The Scientist, “and what might be then happening in nonpublic venues behind closed doors when hiring and other important decisions are being made.”

Following the backlash, Lander issued an apology on Monday (May 14). In an email addressed to the Broad Institute community and which he sent to The Scientist, Lander wrote that he was aware of Watson’s anti-Semitic, sexist, and racist views and stated that his knowledge of these is not secondhand. “I included a brief comment about his being ‘flawed,’” Lander wrote. “This did not go nearly far enough. I’d like to do that now: I reject his views as despicable. They have no place in science, which must welcome everyone.”

The scientific legacy of jerks

For some like Pachter and fellow critic Michael Eisen, a biologist at the University of California, Berkeley, the Watson toast is an example of the tolerance of misconduct among the scientific community when it comes from accomplished colleagues. Yet for Pachter, separating a person from his science is not so difficult. The science jerks and bigots should be shunned—no matter if they have a Nobel Prize—because the importance of science is the collective pursuit of truth to understand the universe, not the celebration of a few (mostly older white men) as science celebrities who may or may not have been the “first” to discover something.

“We need to put the spotlight on where most of scientific knowledge is coming from,” agrees Janet Stemwedel, a physical chemist who studies the ethics and philosophy of science at San Jose State University, “the seemingly ordinary but crucial students and postdocs from which objective knowledge comes.” When it is the scientist herself who should be applauded, it should be for her achievements as a role model and good scientist citizen.

Stemwedel believes that a scientist’s bad behavior or views is not independent of his scientific achievements. These researchers typically receive publicly funded dollars to conduct their work and support their trainees. “If this public money is funding a scientist who is doing or saying damaging things, that is undercutting our goal of training and mentoring young scientists. That is a problem and these researchers should be answerable to the public for it.”

Adam Siepel, a computational biologist at CSHL (where Watson formerly served as chancellor), says that individuals like Watson have a complex legacy and should not be reduced to mere villains even as he acknowledges that remarks Watson and others have made do have a real and damaging effect on science and society. In the case of Watson, “at one time, the defense of the public genome project, opposition to patenting of genes, and promotion of open release of data were big issues for progressive scientists! These were issues that Jim got right, in my view, and it was in recognition of these things that I understood us to be toasting him,” Siepel writes in an email to The Scientist.

Change on the horizon

There are signs that bullies and bigots are becoming less welcome in science. The National Science Foundation and the Wellcome Trust, for instance, have made it mandatory for institutions to report grant recipients who are found guilty of harassment. Powerful scientists have lost power after women have come forward with accusations of sexual misconduct (take the case of Inder Verma, who lost his job as PNAS editor-in-chief and premier cancer scientist at the Salk Institute this year after eight women complained of harassment). Stemwedel points out that much of the progress is coming from the bottom up, from students who are voicing their concerns and sharing their experiences with sexual harassment and other misconduct.

See “Dealing With Unethical or Illegal Conduct in Higher Education”

Vanderbilt University neurobiologist BethAnn McLaughlin launched a petition this month calling on the National Academy of Sciences (NAS) to revoke the memberships of those who have been “sanctioned for sexual harassment, retaliation and assault.” As of May 17, there were 2,065 signatures. “My hope is that use of social media and platforms like Change.org will pop the bubbles of denial and privilege some have been allowed to live in unchallenged by common sense,” McLaughlin tells The Scientist.

For now, the academy’s stance is that the NAS bylaws do not mention anything about rescinding the membership of an individual. There is a straightforward solution, says Stemwedel: change the bylaw. “If the spectrometer no longer works, well, get a new one!”