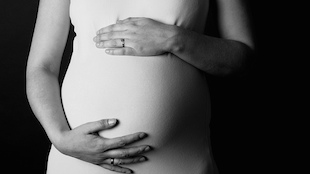 FLICKR, TATIANA VDBDuring the evolution of pregnancy, thousands of transposons—pieces of DNA that copy and reinsert themselves throughout the genome—migrated to regulate the expression of pregnancy-related genes, according to a paper published today (January 29) in Cell Reports. Genes involved in responding to hormones, maternal-fetal communication, and immune tolerance increased in expression, while expression decreased for genes involved in ion transport, which is essential for the formation of mineralized eggshells.

“It seems that we’re getting closer to an understanding of the major events that occurred in the evolution of mammalian pregnancy,” said Derek Wildman, a professor of molecular and integrative physiology at the University of Illinois at Urbana-Champaign who was not involved in the study.

This work “adds to the evidence that transposable elements are major forces of evolution and rapid evolution, particularly in the reproductive organs,” said Julie Baker, a geneticist at Stanford University in...

Researchers from the University of Chicago and their colleagues first sequenced RNA expressed in the uteruses of animals representing multiple branching points approaching the emergence of placental mammalian pregnancy. For instance, animals ranging from dogs to armadillos represented the placental mammals. The researchers also looked at egg-laying mammals including the short-tailed opossum, a marsupial, and the platypus, a monotreme. Finally, they looked at previously published transcriptomes of non-mammalian species, including lizards, chickens, and frogs.

Most genes were more highly expressed in the uterus as animals began to nourish their young directly rather than through an egg yolk, as the eggshell was lost, as the placenta appeared, and as gestation lengthened. Genes that showed increased expression tended to have previously been expressed in the gut and brain. Vincent Lynch, a coauthor of the study and an evolutionary biologist at the University of Chicago, pointed out that “borrowing” genes from the gut made sense, as the gut is involved in transferring resources to the body, and pregnancy involves extensive transfer from mother to fetus.

Lynch and his colleagues next sought to understand the mechanisms by which gene expression changed as pregnancy evolved. In previous work, they had shown that a particular type of transposon, called MER20, alters the expression of some pregnancy-related genes in placental mammals. For this latest study, the researchers mapped enhancers, promoters, and other regulatory regions in human cells from the uterine lining that had been stimulated by the hormone progesterone, an activator of pregnancy. They found that 194 ancient mammalian transposon families were enriched in regulatory regions in these cells, and that 173 of these were only present in placental mammals.

The researchers further found that many of the ancient transposons involved in gene regulation have progesterone-binding sites. This pointed to how the proliferation of hormone-binding transposons could have contributed to the massive reorganization of gene expression observed as pregnancy evolved.

It makes sense that transposons could broadly affect gene expression in response to progesterone exposure, said Lynch. Progesterone is a key pregnancy hormone, and transposons allow it to change the expression of multiple genes in concert, rather than requiring the regulatory elements of each individual gene to independently evolve a binding site for the hormone.

“This is a specific instance of something, but we think that it’s just demonstrating what will become a much more broad pattern, that transposable elements play a really important role in the origin and evolution of traits,” Lynch said.

Wildman said that the results reveal how broad transcriptional changes helped pregnancy evolve, but added that there is more work to be done. “This paper is just a snapshot of gene expression in a few species and not at a lot of different time points during the pregnancy,” he said.

Lynch said that his lab’s next move is to investigate the functions of pregnancy-related genes. The researchers are now performing detailed molecular characterization of genes that contributed to pregnancy’s evolution.

“The picture is still very incomplete, but this is a great step toward defining . . .  the way in which an organ evolves and emerges,” said Wildman.