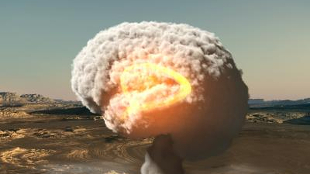 CELL/SPALDING ET ALAbove-ground nuclear bomb tests carried out more than 50 years ago resulted in elevated atmospheric levels of the radioactive carbon-14 isotope (14C), which steadily declined over time. In a study published yesterday (June 7) in Cell, researchers used measurements of 14C concentration in the DNA of brain cells from deceased patients to determine the neurons’ age, and demonstrated that there is substantial adult neurogenesis in the human hippocampus.

“We provide thorough information on the extent of neurogenesis and we show that there is surprisingly large amount,” said study author Jonas Frisén of the Karolinksa Institute in Stockholm, Sweden.

“It’s a very impressive achievement,” said Gerd Kempermann of the German Center for Neurodegenerative Diseases in Dresden, who was not involved with the study. “It’s welcome to the field as a long-sought confirmation, but it’s also more, because they model the dynamics” of adult...

The first direct evidence for adult neurogenesis in humans came in 1998, but the method used—injecting a chemical label that permanently integrates into the DNA of dividing brain cells—is no longer available to researchers due to safety concerns, so the results were never replicated. In addition, the technique could not provide information on the number of new neurons generated, so it was impossible to see if neurogenesis occurs in humans to the same extent as in rodents, in which new neurons are known to influence brain function.

To study neuronal turnover in humans, Frisén and colleagues developed a strategy to retrospectively date cells in post mortem brains by measuring the levels of 14C. Since 14C is taken up by plants, and by animals that eat plants, humans also take up 14C at atmospheric levels—which have been declining at a known rate since the Limited Test Ban Treaty of 1963 put an end to above-surface nuclear bomb testing.

The 14C finds its way into the DNA of proliferating cells, where it is integrated into chromosomes as they are duplicated before division. The proportion of 14C compared to the stable, and vastly more abundant, carbon-12 isotope (12C), the levels of which remain constant over time, provides a date of birth for individual cells. “Basically, 14C provides a timestamp in every new-born brain cell,” said Frisén, “and we have measured the age of brain cells by reading that timestamp.”

The researchers investigated the brains of 55 individuals of various ages, from 19 to 92. Based on the ratio of 14C to 12C in DNA of neurons in the dentate gyrus—a portion of the hippocampus known to be important for learning and memory, where neurogenesis is thought to take place—the team created a mathematical model to estimate the rate of turnover of neurons. They calculated that one-third of the neurons in the hippocampus are regularly renewed throughout life, amounting to the addition of roughly 1,400 new neurons per day, with the rate declining modestly with age.

In the proposed model, a subpopulation of neurons continuously renews, whereas another population does not renew at all. The renewing cells live for a much shorter period of time than others, but are continuously turned over.

In mice, hippocampal neurons have enhanced synaptic plasticity for a limited time after differentiation—meaning they more readily adapt the strength of connections in response to new stimuli. “These [young cells] are required for separating similar experiences as distinct memories,” said Frisén. “For us that means telling apart the Beatles and the Rolling Stones, rather than lumping the two together as rock and roll music.”

If new neurons are also more plastic in humans, he suggests, neurogenesis may play a key role in brain function by maintaining a steady supply of younger cells—even though there is an overall loss of hippocampal neurons as we age.

“By staying ‘forever young,’ the dentate gyrus could command unique solutions to computational problems only found in the brain region central to learning, memory, and many higher cognitive functions considered essential for humans,” wrote Kempermann in a perspective on the paper in Science.

Moreover, there is evidence from animal models that reduced neurogenesis is implicated in psychiatric disease, leading Frisén and colleagues to suggest that young neurons in the dentate gyrus may also play a key role in mood regulation. “What we want to do next is to look back at medical history of these [and other] subjects . . . to see if depression or other psychiatric conditions appear to be related to neurogenesis,” he said.